RAF mechanic, 32, and his veterinary nurse wife, 28, were knocked over and killed as they crossed road in California where he was working on F35-B stealth jets, inquest hears

A British veterinary nurse and her RAF husband died after being hit by a car while crossing a road in California.

Lucy and Sean Cooper were struck while crossing a road in Quartz Hill, an area in the Antelope Valley north of Los Angeles, on September 4.

An inquest into their deaths heard Lucy suffered fatal injuries in the crash and died at the scene.

Sean, 32, was a mechanical aircraft technician originally from Leicester who was serving as part of 17 Squadron based at Edwards Air Force Base in California.

Lucy, 28, worked as a veterinary nurse and had followed her husband over to the US on deployment where they lived together in the city of Lancaster around 22 miles south of the base. 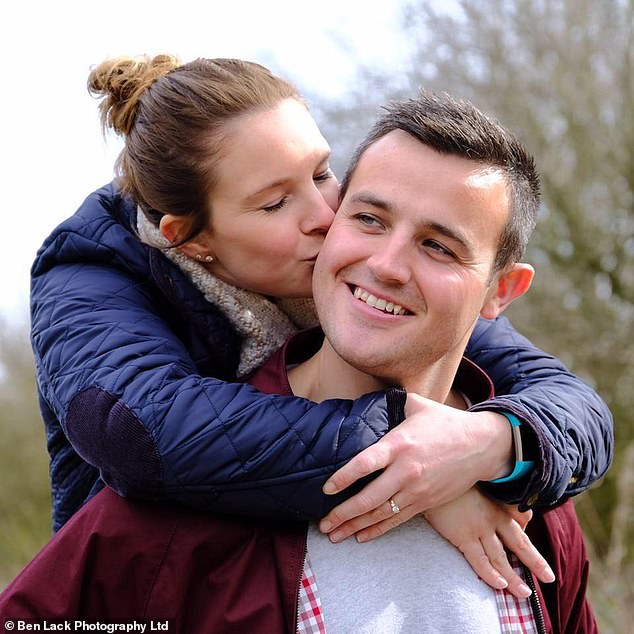 Tributes have been paid to RAF technician Sean Cooper, 32, and his wife Lucy, a 28-year-old veterinary nurse, after they were killed while crossing the road in California in September

The couple were tragically killed after being stuck by a car in the early hours of the morning in Quartz Hill which is part of the suburban area around Lancaster.

Details of the tragedy have been revealed following an inquest in Lincoln, where Lucy’s family live.

The California Highway Patrol reported that the fatal collision happened at around 3.15am on Friday, September 4, on Avenue L just east of 47th Street West in Quartz Hill.

According to the report, Lucy and Sean were crossing Avenue L when they were hit by a 2012 Toyota Prius that was travelling at approximately 45 to 50mph.

The driver, a 25-year-old named Jonathan Hong, told police he was unable to see the pedestrians due to the poor lighting conditions.

An inquest in Lincoln on Thursday, December 3, heard that Lucy suffered multiple injuries as a result of the collision. 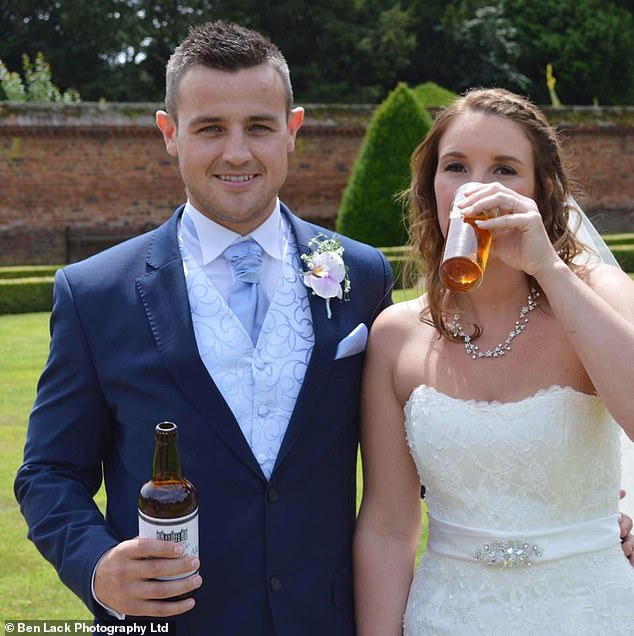 Sean, 32, was a mechanical aircraft technician originally from Leicester who was serving as part of 17 Squadron based at Edwards Air Force Base in California and Lucy had gone with him

Coroner Paul Smith concluded that both deaths were caused by a road traffic collision.

In tributes shared by a family, Sean and Lucy were described as ‘a wonderful couple who will be greatly missed’.

One family member wrote in tribute: ‘Words can’t explain the massive great hole that has been left in our lives. Love always both of you. Fly high until we meet again.’

Another tribute said: ‘Lucy, we watched you grow from a little girl playing on the trampoline into a caring, compassionate young woman.

‘You were passionate about animals, a beautiful person inside and out.

‘When you met Sean, it was as if he made you complete. You were a wonderful couple who will be so greatly missed by all who knew you.’ 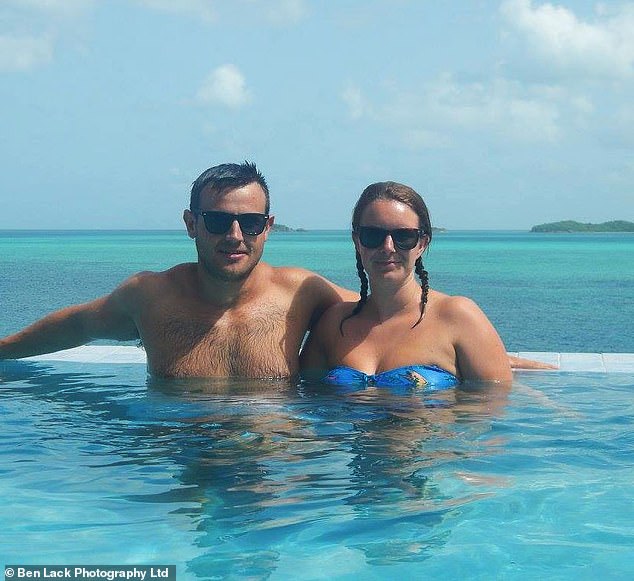 Andrew Dowsett wrote: ‘In honour of Sean Cooper and his wife Lucy. My deepest condolences to both families during this heart-breaking time.

‘Sean was such a happy, cheerful great guy who was always smiling. You weren’t just a friend you were an inspiration. You left too soon until we meet again mate may your soul rest in peace.’

Sean was working as part of 17 squadron based in the US which functions as a test and evaluation squadron for the Lockheed Martin F-35B aircraft.

The couple were repatriated to the UK by RAF colleagues over the weekend of September 26 and 27 in emotional scenes with both caskets draped in the Union flag.

412 Test Wing Command Chief Master Sergeant posted on Facebook: ‘This weekend, we took part in a dignified transfer and said goodbye to our friends, Sean and Lucy Cooper, as they began their journey back the United Kingdom.

‘It was a beautiful ceremony and our hearts go out to their family, friends, and the Royal Air Force’s 17 Squadron.’ 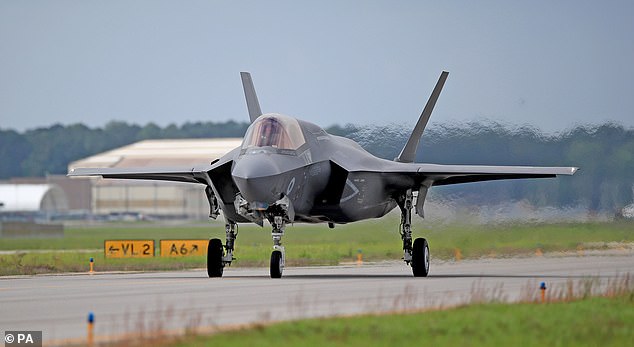 The Veterinary Hospital Lincoln, where Lucy worked as a receptionist before undertaking her nurse training, posted on Facebook: ‘Lucy’s love for the profession, and her compassion for her patients proved her to be a wonderful veterinary nurse, and an asset to our team.

‘Lucy was a great friend as well as a beloved colleague, and her enthusiasm for a night out was infectious – on many a Christmas party she was the star of the dance floor.

‘We had always hoped that one day when she was ready for a more quiet life that she might come back home, and we would work with her again.

‘Nothing we say or do will be enough recognition for her, but we will remember Lucy as a hardworking, empathetic friend and colleague who we could share a hug with after a hard day, celebrate with after a clinical success, and who would always bring along a smile.

‘She will be missed, and never forgotten.’