A RARE white gentoo penguin feeds its chick in a touching display.

The bird was filmed leaping from the sea before carefully finding its feet on the rocky coastline. 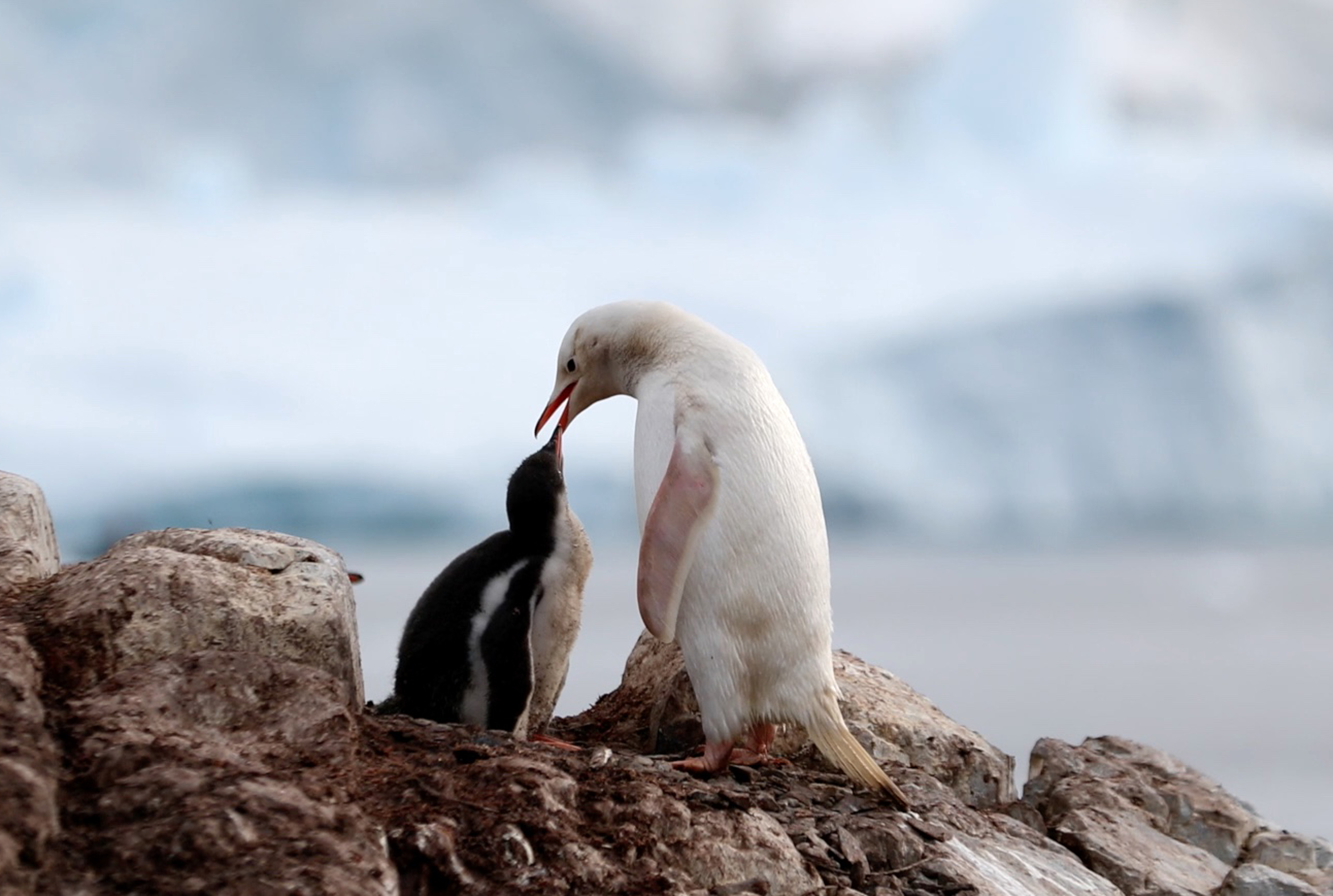 After waddling across the shore, it eventually reaches its starving chick and feeds it.

The penguin gets its white colouring from a rare condition known as leucism.

About one in 20,000 gentoo penguins have it.
Photographer Richard Sidey caught the images while working at a scientific station in Antarctica.

He said: “The white penguin has been around for several years and is adored by the station staff.” 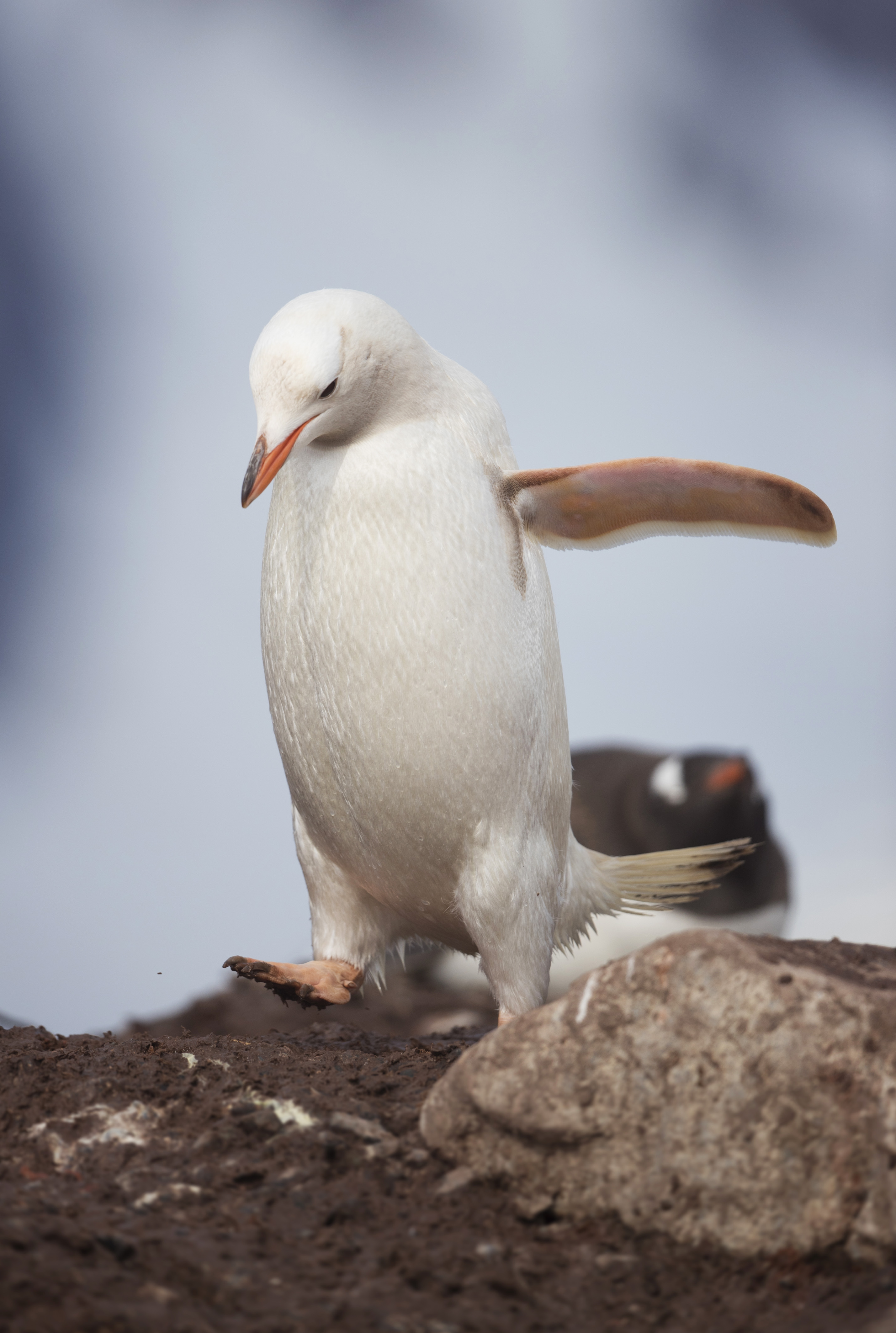 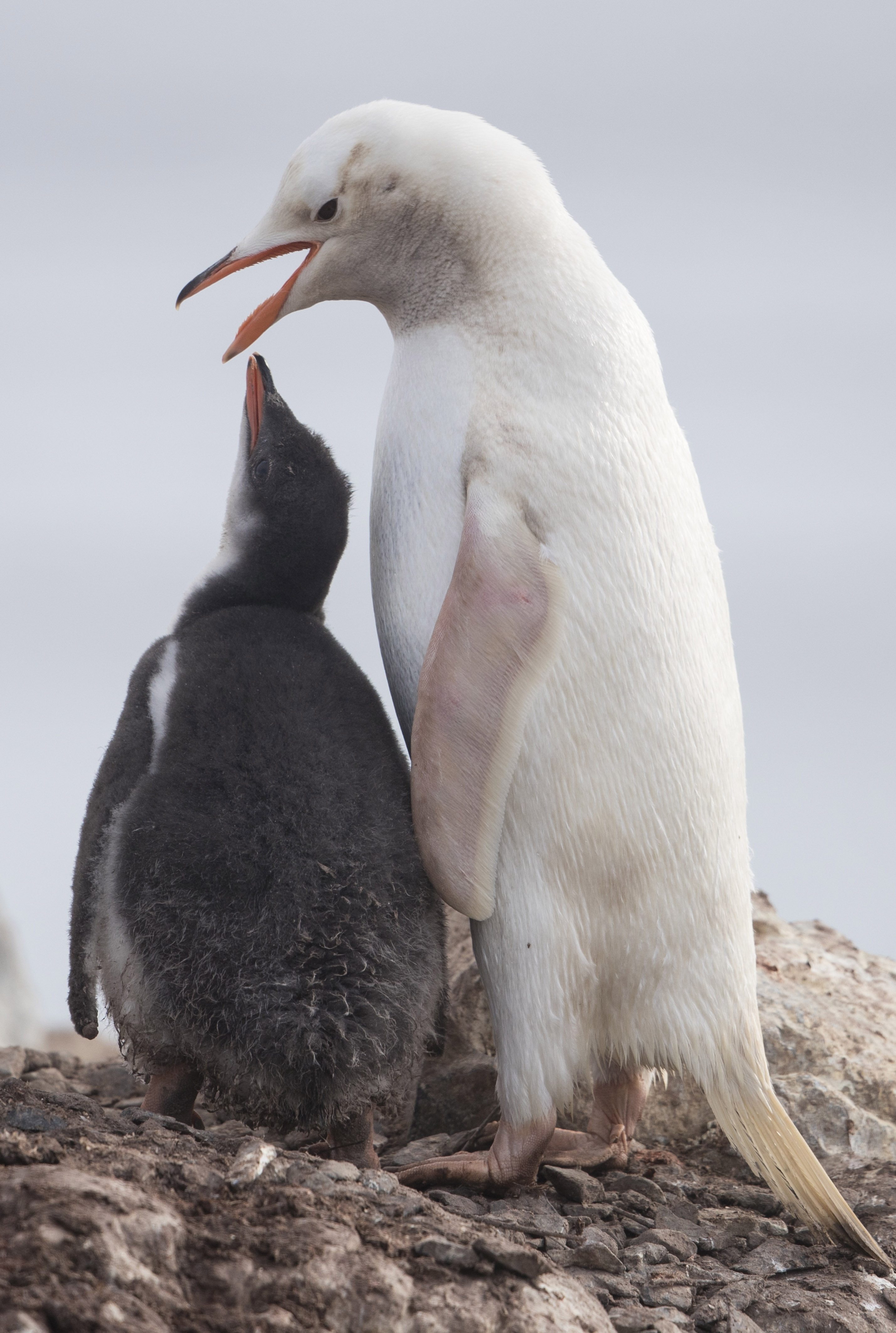 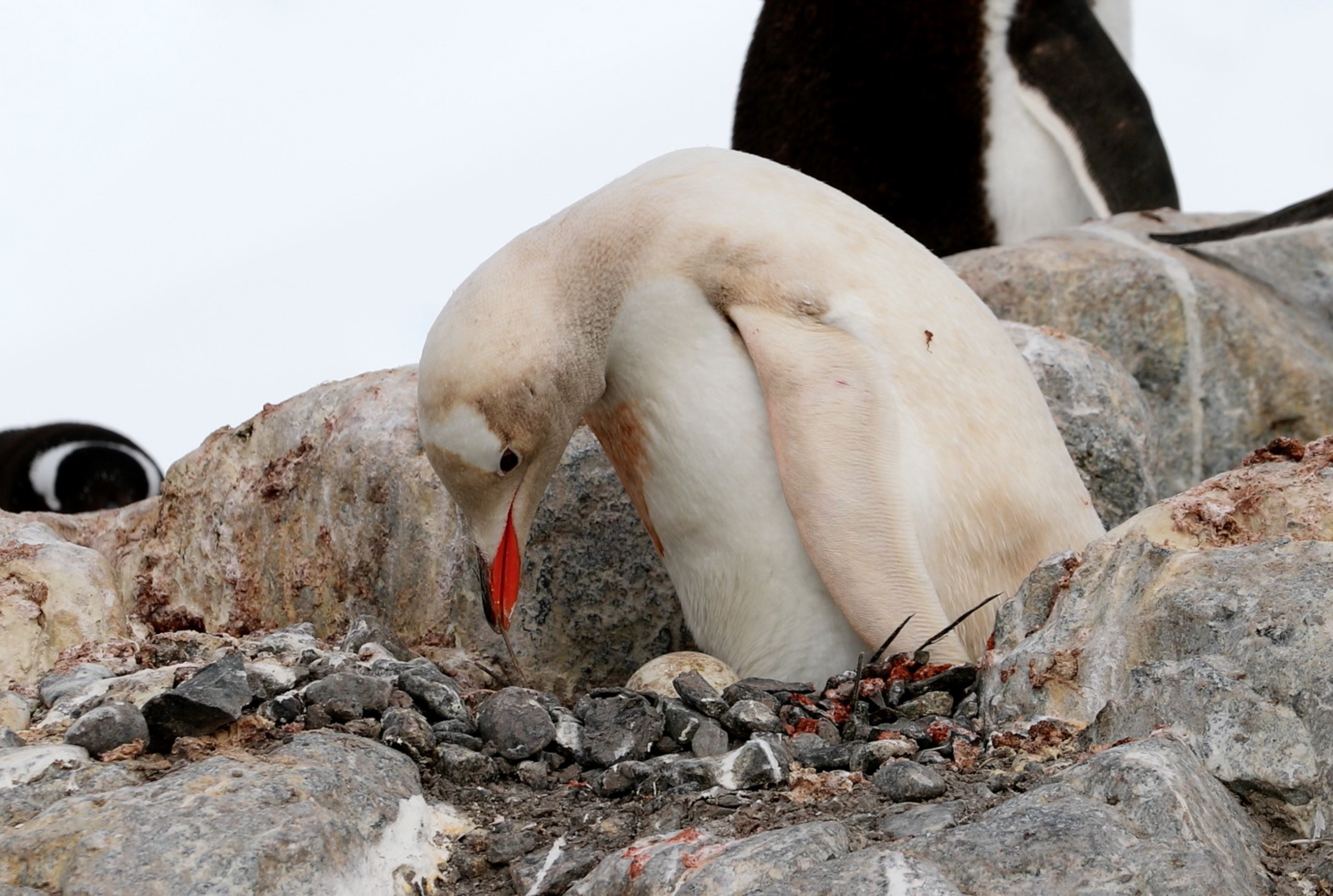