Victorian tourism operators are gearing up for a hectic Easter, with many venues across the state booked out, but industry leaders fear the end of JobKeeper and colder weather may yet spell the end for some businesses.

Many in the sector are also nervous about the looming end to the holiday season, which draws to a close next month. 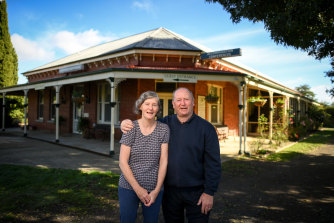 Peter and Kate Chiller at their Lancefield guesthouse on Friday. The couple say this year’s bookings have eclipsed previous years. Credit:Eddie Jim

However, he said some business owners did not expect to survive the expiry of the federal government’s JobKeeper wage subsidy scheme next week and some had already started to make staff redundant.

A survey of tourism-related businesses conducted by the council in mid-February showed 13 per cent of more than 500 respondents believed they would be forced to close if JobKeeper was not extended.

Mr Porter said the lull in activity from the end of April to September would be a difficult time for many businesses.

“If we don’t have these businesses in place when international borders reopen, what kind of visitor experience are we going to have?” he said.

Concerns are also rising about the federal government’s $1.2 billion plan to subsidise half-price flights to stimulate domestic travel, with Avalon the only airport in Victoria included in the scheme.

Mr Porter said many in the industry feared Victorians would book holidays in other states by taking advantage of the half-price airfares. 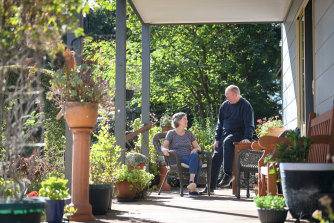 Peter and Kate Chiller at their guesthouse in Lancefield on Friday. They say tourism in the Macedon Ranges is “booming”.Credit:Eddie Jim

He said more people were also moving to the Macedon Ranges, giving him confidence to start a microbrewery and restaurant, which he will begin building next month. “We just think it’s a great opportunity.”

“The unknown is what happens after the school holidays,” he said.

But Mr Cerantonio said there were signs that corporate customers may soon return.

“We are seeing conference inquiries growing which is a positive sign.”

He said the business would survive the expiry of JobKeeper, particularly if Victorians continued feeling confident to travel locally, but it would contribute to financial pressure.

However, Mr Cerantonio believed tourism businesses located towards the end of the Great Ocean Road that depended on international travellers would be more exposed without JobKeeper.

“The end of JobKeeper could be disastrous.”

Great Ocean Road Regional Tourism chairman Wayne Kayler-Thomson said the loss of the Rip Curl Pro surfing contest at Bells Beach this year would result in fewer visitors, but the coast would still be popular with holidaymakers at Easter. 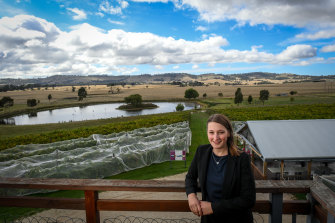 “We expect all of the Surf Coast will be busy and probably Colac Otway as well,” he said.

Tourism North-East chief executive Bess Nolan-Cook said demand had been “awesome” for accommodation, but many business owners were exhausted and working extended hours because they were struggling to find staff.

However, she said the end of JobKeeper did raise some concerns about whether Victorians would have as much disposable income to spend on holidays.

“People might not know where they will be in a couple of weeks’ time,” she said.

“But we’re always hoping to get them back out here.“