Religious schools in Victoria will be prohibited from sacking or refusing to employ teachers because of their sexuality or gender identity under sweeping social reforms proposed by the Andrews government.

Attorney-General Jaclyn Symes said legislation would be introduced later this year to close an “unfair, hurtful” gap in anti-discrimination laws that allow faith-based organisations to discriminate on the basis of sexuality, gender and marital status.

“People shouldn’t have to hide who they are to keep their job,” Ms Symes said. 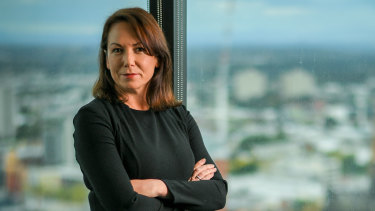 “Once again it seems that people of faith in Victoria are being told what they can and can’t believe, that religious schools can only hold and act on beliefs that the government determines are acceptable,” he said.

“Is the next step for the announced changes to ‘anti-vilification’ laws to limit what can be taught in religious schools or preached in a church, mosque or temple?” Mr Spencer asked.

“Unless a person’s religion is actually relevant to their role or their needs, faith-based organisations should treat all their employees and the people who rely on their services fairly and without discrimination”, Ms Brown said.

“Everyone deserves to live, work and study with dignity and respect, no matter who they are or whom they love.”

The promised legislation follows an investigation last month by The Age that highlighted how religious schools were lawfully discriminating against LGBTQ+ teachers through school policies, employment contracts and hiring practices, including by sacking teachers who had come out as gay. Under current law, people can also be sacked due to their marital status or gender identity.

The issue was particularly prevalent in evangelical schools, many of which are in outer suburban and regional areas, employing tens of thousands of people and educating hundreds of thousands of children in Australia. They are often majority publicly funded.

“Everyone deserves to live, work and study with dignity and respect, no matter who they are or whom they love.”

Ms Symes said the reforms would “narrow” the exceptions to anti-discrimination legislation so that any discrimination would need to be “reasonable” and an inherent requirement of the job. For example, a school might be permitted to prevent a gay or transgender person being a religious studies teacher but could not stop them being a maths teacher.

The Victorian bill would also mean no faith-based organisations could discriminate when delivering government-funded services such as counselling or homelessness support, or hiring out community facilities.

Equality Australia is pressing the government to simplify the bill so that it would apply to any service provided by a faith-based organisation to the public, regardless of whether it was government-funded.

Ms Symes said she was open to making changes to the bill before it was tabled subject to public consultation.

“We could be convinced to extend it, we just haven’t consulted on that particular element of reform. I certainly wouldn’t have a closed mind to revisiting that down the track,” she said.

Ms Symes said the government was confident it had the numbers in both houses of Parliament to pass the legislation this year, but was braced for strong opposition from some religious groups.

“I am a little concerned that there will be some backlash predominantly from misinformation that may come about,” Ms Symes said. “I would hope that the vast majority of Victorians would be very welcoming of this legislation.” 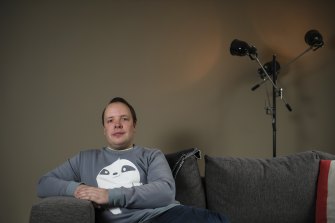 John Pendergast formerly worked as a teacher at a conservative Christian school and welcomed the proposed changes.Credit:Penny Stephens

A gay former teacher at the Christian Flinders College, John Pendergast, said he wanted to see how any new laws would work in practice, but said it was “an awesome move and about time”.

Mr Pendergast came out to his former school in 2016 but found out later that the school sought legal advice about how to deal with his disclosure. He left the school as a result and is no longer a teacher.

“I think it’s wonderful that others will now be free to be themselves,” he said.

Ms Symes said the reforms would bring Victoria in line with Tasmania, which has similar legislation and the strongest protections for LGBTQ+ staff in religious schools in Australia.

But the Victorian legislation could clash with a federal government proposal to introduce its contentious Religious Discrimination Bill to Parliament later this year. Both the federal and Victorian bills are expected to be tabled in October.

The federal bill is the third draft of legislation first flagged in 2017 to appease conservative Coalition MPs during the marriage equality debate, and opponents fear it could extend the right to discriminate.

Its new provisions are unclear, but the second draft strengthened the ability of doctors and other health professionals to refuse treatment to patients on religious grounds.

Under the so-called Israel Folau clause, the bill also would have stopped large employers from acting against employees who made discriminatory statements outside the course of their employment as long as they were “statements of belief”, or good faith expressions of their religion. Aspects of the law would have over-ridden existing federal and state anti-discrimination legislation.

It remains unclear if the next version of the federal bill will include the specific override of state laws earlier proposed and possibly make the Victorian changes ineffective. 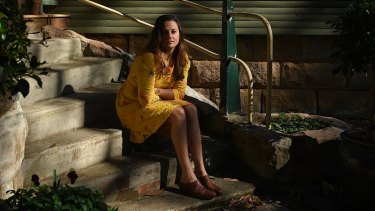 Teacher Steph Lentz was sacked by her Christian school after she came out as gay.Credit:Kate Geraghty

Ms Symes told The Age her legislation was “the right thing” to do irrespective of what the Morrison government is planning.

“We don’t know yet, so I guess I will wait, wait and see and hope that it (the federal bill) doesn’t undermine the work that we’re doing,” she said.

Ms Symes said the bill had unanimous support in state cabinet, including among MPs of faith. Independent Education Union Victoria and Tasmania secretary Deb James said the changes would be a “major boost” for the rights of education staff and improve “the lives of countless dedicated workers”.

“The IEU has been campaigning for over a decade to give workers in faith-based schools the same rights and protections as other workers,” Ms James said.

Steph Lentz, who was last year sacked from her job at Covenant Christian College in Sydney when she came out as gay, said the proposed changes to Victorian law were “an important step in the direction of fairness”.

“They serve as an acknowledgment that people of all sexualities and genders have a place in faith communities, and go some way to ensuring that LGBTQIA+ students and staff in faith-based schools feel safe and are treated with respect.”