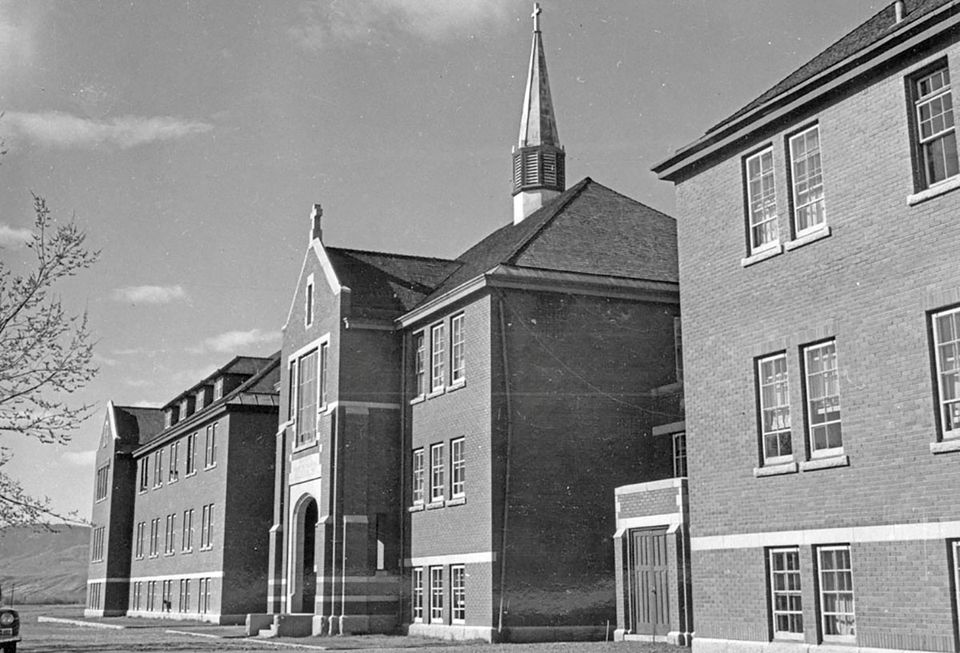 The remains of 215 children have been found at the site of a former boarding school in Canada.

Some of the bodies belonged to children as young as three years old.

They were found at the site of the former Kamloops Indian Residential School in British Columbia that closed in 1978.

The boarding school was set up more than a century ago to assimilate Canada’s indigenous peoples.

A specialist used ground-penetrating radar to confirm the remains of the students, the Tk’emlups te Secwepemc tribe said in a statement late Thursday.

‘We had a knowing in our community that we were able to verify,’ Chief Rosanne Casimir said. ‘At this time, we have more questions than answers.’

She called it ‘an unthinkable loss that was spoken about but never documented’ by school administrators.

A six-year investigation found in 2015 that many of the 150,000 children who attended the schools had suffered horrific physical abuse, rape, malnutrition and other atrocities.

Today those experiences are blamed for a high incidence of poverty, alcoholism and domestic violence, as well as high suicide rates, in their communities.

The investigation found more than 4,100 children died while attending the schools but the deaths at Kamloops have never before been documented.

The school was the largest of 139 boarding schools set up in the late 19th century, with up to 500 students registered and attending at any one time.

It was operated by the Catholic church on behalf of the Canadian government from 1890 to 1969.

A principle at the school had in 1910 raised concerns that federal funding was insufficient to properly feed the students, according to the Tk’emlups te Secwepemc statement.

Mr Trudeau wrote in a tweet that the news ‘breaks my heart – it is a painful reminder of that dark and shameful chapter of our country’s history.’

In 2008, the Canadian government formally apologised for the system.

The tribe is working with the coroner and museums to try to shed further light on the horrific discovery and find any records of the deaths.

It is also trying to contact surviving family members in the students’ home communities across British Columbia and beyond.