Mark Reid is very specific when you ask him to describe the smell hanging around his home in Reservoir, which is metres from a Visy paper recycling plant. 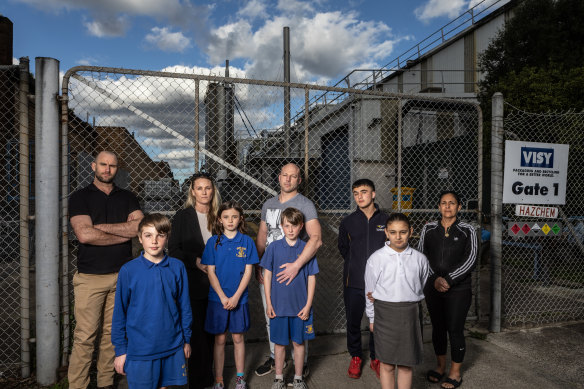 Depending on the weather conditions this sickly smell – described by others as like chemicals or burning plastic – plagues the residents of Reservoir, and can sometimes be smelt in neighbouring Fawkner.

Neighbours say it creeps into their homes, stops them using their backyards and is making them and their children sick.

“It’s so bad during the summertime,” said Reid. “If you get northerly winds, it doesn’t matter if you shut your windows it still gets into the house.”

Beyond the impact on their house prices and amenity of the gentrifying area, residents say they are also suffering health-wise from headaches, blocked sinuses, blood in their nasal passages and skin irritations.

Although it has been in operation since the 1960s, the Radford Road plant has faced a ramping up of community in the past few years after COVID lockdowns meant more people spent more time at home than ever and were exposed to the smell round the clock.

Many say they were unaware of the smell before moving into the area, and a group rallying via the 100-person strong Facebook group Clean air Reservoir 3073 is now considering group legal action against Visy. 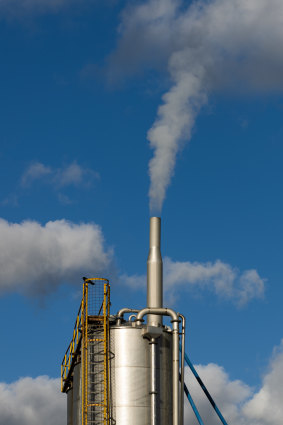 One of the stacks emitting the odorous steam from the Visy plant.Credit:Jason South

The Reservoir paper mill, one of eight across the country, receives paper and cardboard which is recycled into new paper products.

Large chimney stacks on top of the plant release steam from the water-intensive paper treatment process, which smells of sulphides and volatile fatty acids – sometimes smelling like vinegar and at other times like a grease trap.

Mother of five Houda Ahmed who also lives directly across from the plant said she had booked her 10-year-old daughter Narene in for a nasal specialist due to constant presence of blood when she blew her nose.

“My son Mohammed, he’s always complaining about headaches. His nose is often blocked, he can’t talk properly,” she said. Ahmed also said she was battling mildew in her home due to not being able to open windows because of the constant smell.

“I want them to [temporarily] close the factory because it’s running 24/7,” said resident Chris Wilkinson.

“They say they can’t undertake the structural work on the buildings until their shutdown periods. I want them to stop [now], fix it, and then start up again.”

The company has received four remedial notices from the Environment Protection Authority to date since late 2020. Last year the watchdog fined the recycling empire $9000 after it failed to remedy the smell.

But residents say the fine would have been “small change” to the company, with the personal wealth of Anthony Pratt and his family, behind the Visy empire, is $24.30 billion – making them the fifth most wealthy family in Australia.

This week the EPA issued another “formal warning” to the company for missing the deadline for producing designs to modify two exhaust stacks which are the largest contributors of odour from the premises. No fine was issued.

“Visy currently has plans to fix hood exhausts and four roof stacks by mid-2023, and these will be required in an updated notice to be served shortly,” said an EPA spokesman.

While the EPA maintains the substances are not hazardous to health in the long term, it acknowledges the smell is having “very real” temporary health impacts.

“There’s no immediate toxic reaction because the odour is just not concentrated enough to cause those sorts of things,” said Chris Bydder, senior odour engineer at the EPA.

“Smell stimulates a whole central nervous system and when that happens, you can get other knock-on effects – you start to become stressed, there’s also feelings of helplessness. We definitely see a high mental health burden with people that are continuously exposed to odour.”

Reservoir joins Kealba and Cranbourne on the list of Melbourne communities pushing for action on the stink in their suburbs. The latter two suburbs are both dealing with chronic smells from nearby landfills.

Earlier this week the environmental watchdog issued Cranbourne’s SBI Inert Landfill with a notice of intent to suspend its operating licence for failing to remedy a putrid stench coming from rotting waste mixed with water.

The EPA last month also refused an application by cement producer Barro Group to extend their environmental action notice date related to a landfill in Kealba in Melbourne’s west which has been burning underground for nearly three years.

Visy did not respond to The Age for comment.

The company is holding an EPA-mandated community meeting to speak to residents on Monday, September 12, at the Reservoir Community and Learning Centre on Edwardes Street from 5pm to 7pm.