Revealed: Overdue Meghan’s home birth dream was dashed as she was secretly whisked to a London hospital on Sunday by Harry and his Scotland Yard security team before their ‘to die for’ baby boy was born at 5.26am

Meghan’s hopes of a home birth were dashed when she was taken to hospital on Sunday by Harry and their Scotland Yard security team.

The Mail understands that the Duchess of Sussex – who was a week overdue – was whisked off amid such secrecy that even senior royals weren’t told.

It is understood she was taken to a London hospital – most likely the Portland – where even a ‘basic’ delivery costs upwards of £15,000. Princesses Beatrice and Eugenie were delivered there. 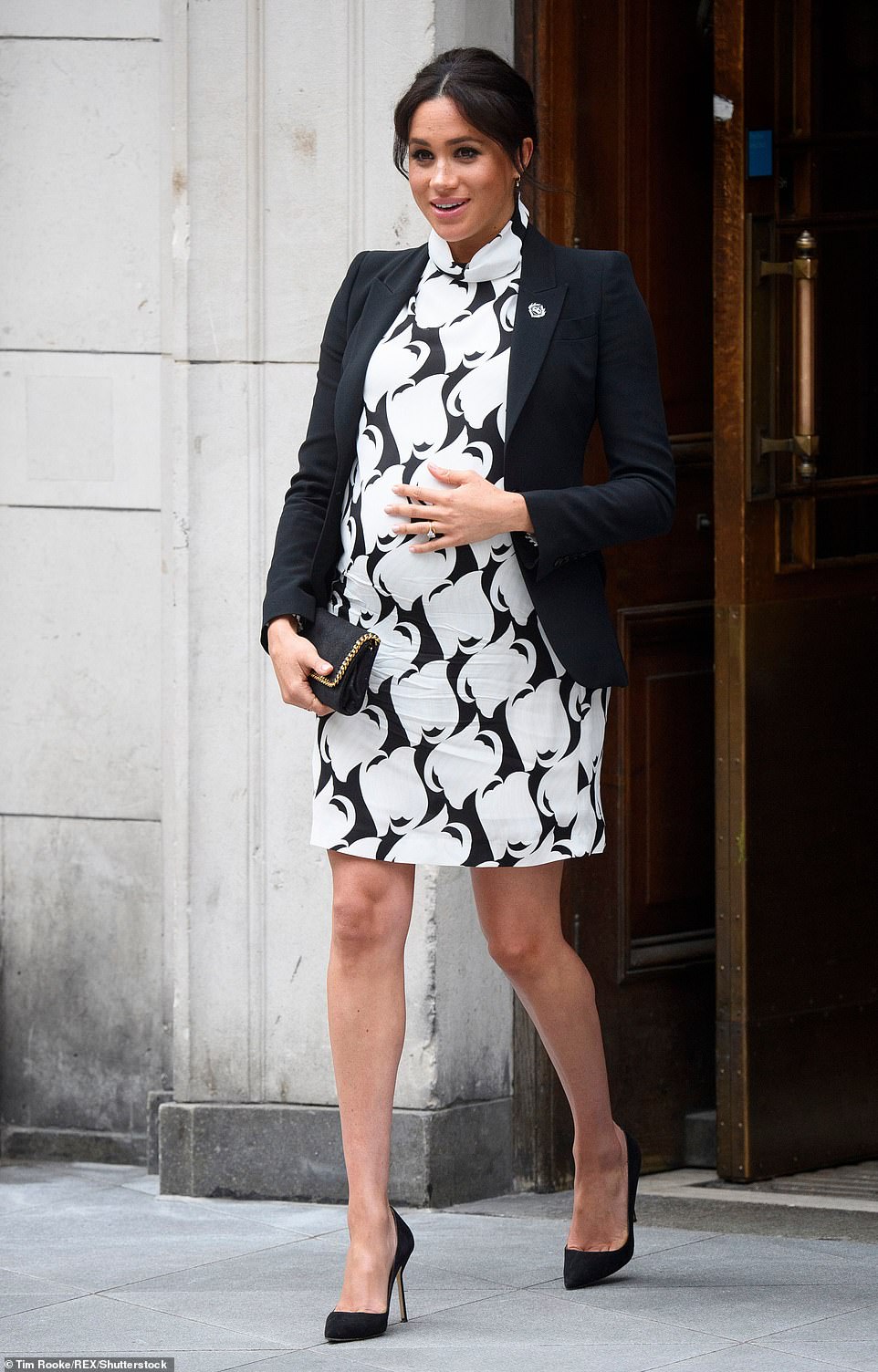 It is not known whether Meghan, 37, was induced but sources say she remained there overnight before her baby was born at 5.26am on Monday morning, with an elated Prince Harry at her side.

Buckingham Palace declined to comment but sources confirmed to the Mail that a hospital delivery had taken place.

In a break with tradition, the Sussexes announced last month that they wanted to keep details surrounding the birth of their first child private.

The Duke and Duchess of Cambridge, by contrast, had faced a mass photocall at the private Lindo Wing of St Mary’s Hospital, Paddington hours after all three of their children were born.

Meghan is said to have considered the idea of posing for pictures and well-wishers straight after the birth as archaic.

In a statement at the time, Buckingham Palace said: ‘Their Royal Highnesses have taken a personal decision to keep the plans around the arrival of their baby private. The Duke and Duchess look forward to sharing the exciting news with everyone once they have had an opportunity to celebrate privately as a new family.’