A REVOLUTIONARY new jab could offer life-long protection from Alzheimer’s, a study suggests.

Researchers have identified a rare form of a gene they believe makes human brains resistant to the disease. 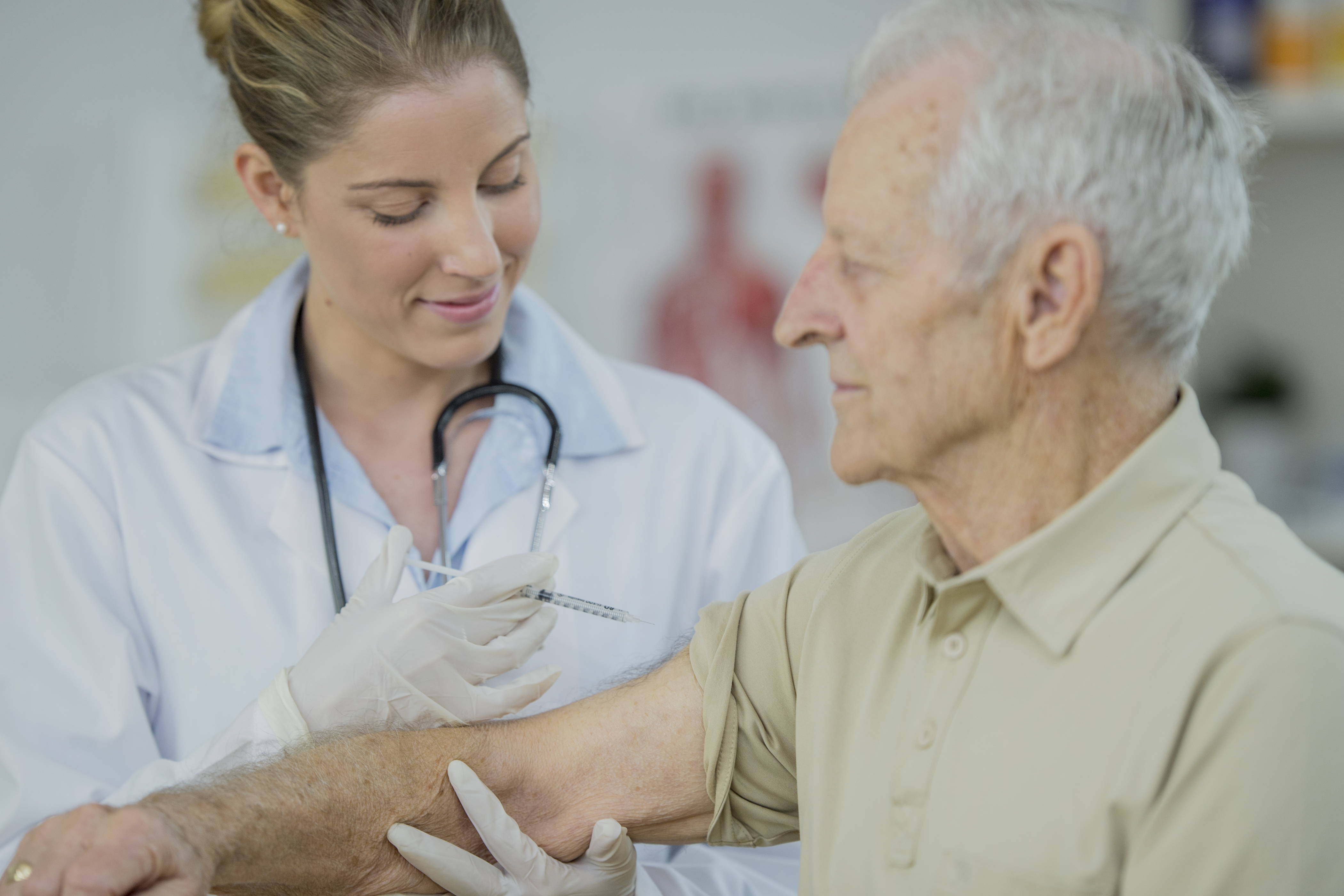 And they say their findings raise hopes that the brain-wasting illness could be prevented or at least delayed.

It comes after the US scientists studied a female patient who was expected to develop early-onset Alzheimer’s.

She carried mutations in genes known to cause the illness, which had struck down relatives at an average age of 45.

But she did not experience symptoms, such as forgetfulness, until her seventies despite having plaques on her brain.

Analysis revealed she carried the high-risk E280A mutation in a gene called PSEN1 – as did her affected family.

But unlike them, she also had two copies of the ChristChurch variation of the APOE3 gene.

Experiments revealed this variant affects the way the body processes sugars linked to the development of brain plaques.

The Massachusetts General Hospital boffins believe it also protects against Alzheimer’s by limiting the effect of plaques on the brain.

They said the findings could lead to the development of new drugs or gene therapies, which can involve injecting people with the protective variant of a gene.

Study leader Dr Yakeel Quiroz said: “This single case opens a new door for treatments of Alzheimer's disease, based more on the resistance to Alzheimer's pathology rather than on the cause of the disease.

“In other words, not necessarily focusing on reduction of pathology, as it has been done traditionally in the field, but instead promoting resistance even in the face of significant brain pathology.”

Colleague Dr Eric Reiman said: “This study underscores the importance of APOE in the development, treatment and prevention of Alzheimer's, not to mention the profound impact that even one research volunteer can have in the fight against this terrible disease.

“We hope that our findings galvanize and inform the discovery of APOE-related drug and gene therapies, such that we can put them to the test in treatment and prevention studies as soon as possible.”

Dr Fiona Carragher, of the Alzheimer's Society, said: “This is a rare example where the study of just one person could change the thinking of a whole research field.

"This breakthrough opens up a new and promising avenue of Alzheimer's research, although further studies with larger numbers are needed.

"We need to understand more about how this protective gene mutation is working to make the brain more resilient to amyloid plaques.

“But the hope is that this exciting scientific advance could lead to new treatments and take us a step closer towards a cure for dementia.” There are 850,000 people living with dementia in the UK, of which around 527,000 have Alzheimer’s.

There is currently no cure for dementia, which is estimated to cost the UK economy £26billion a year.

The findings are published in the journal Nature Medicine.