Millionaire Rishi Sunak borrowed £12,000 Kia Rio from Sainsbury’s worker before putting in £30.01 of petrol for photo-op and being confronted by angry motorists – as he reveals he drives a VW Golf and his wife ‘filled it up the other week’

The Chancellor was pictured chatting on a London forecourt as he put £30.01 worth of petrol into the vehicle after announcing the temporary 5p fuel duty cut.

But Mr Sunak – who paid out of his own pocket – did not actually benefit from the reduction, because the scene was staged before it took effect.

MailOnline can reveal that he had a bruising exchange with angry motorists who gave him a ‘right earful’ over the ‘pathetic’ support package in the Spring Statement.  And he also struggled with the contactless payment, at one point presenting his card to a barcode reader.

In a round of interviews this morning, Mr Sunak – reputedly one of the richest MPs – confirmed that the Rio was not his own, revealing that he and his wife have a VW Golf and ‘she filled it up the other week’. 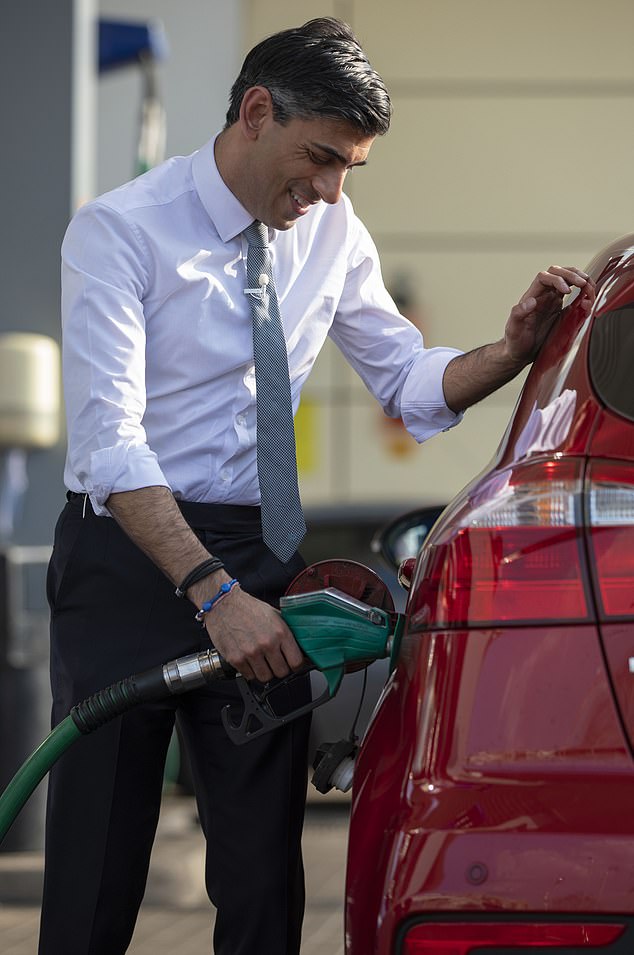 Rishi Sunak was pictured chatting on a south east London forecourt as he put £30.01 worth of petrol into the Kia Rio after announcing the temporary 5p fuel duty cut 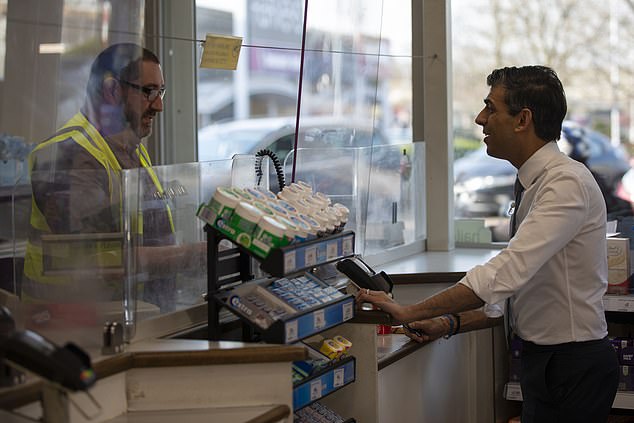 Mr Sunak also struggled with the contactless payment, at one point presenting his card to a barcode reader

Top ranking Cabinet ministers are often prevented from driving themselves due to security concerns, although Downing Street refused to be drawn on the Chancellor’s arrangements.

Mr Sunak told Sky News that he had announced the ‘biggest ever cut to fuel duty’.

Pressed that even a Rio would not have been filled up with £30.01 of petrol, he said: ‘Well, that’s what was required.’

He added: ‘My wife and I have a Volkswagen Golf and actually she’s filled it up… the other week. It is going up and of course we know it is going up.’

With his own camera crew in tow and a team of security guards standing by, eyewitnesses told how the chancellor made a hasty retreat and headed off to the store nearby.

One onlooker said: ‘There were a couple of ladies sitting in their car. He went over to speak to them and they gave him a right earful.

‘He was surrounded by big security men and had his own camera team to show everyone what a great job he was doing.

‘He appeared quite taken aback. He made his excuses and quickly headed off round the back of the shop.’

Describing the incident one Sainsbury’s worker, who asked not to be named, told MailOnline: ‘There were two women in a car and he went over to talk to them but they were complaining to him – telling him what they really thought about his budget. ‘He talked to them.

‘He answered them but he didn’t want to hang around and get into an argument so he looked at his watch and told them he had to rush off.’ 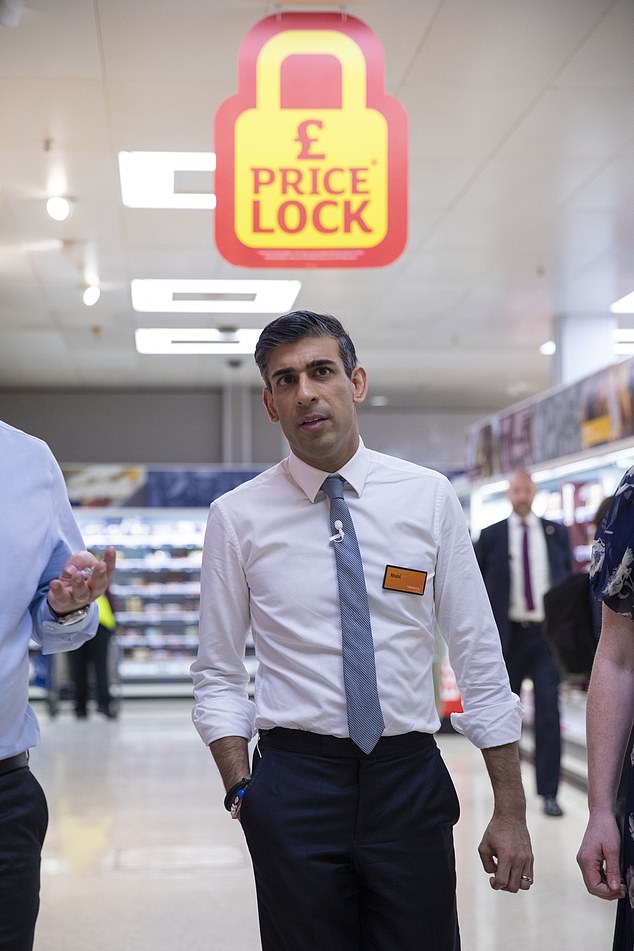 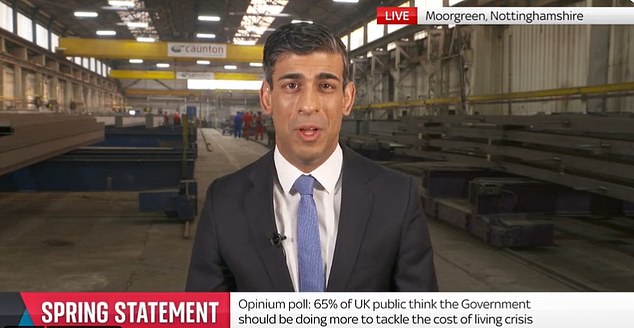 Told on Sky News this morning that even a Rio would not have been filled up with £30.01 of petrol, mr Sunak said: ‘Well, that’s what was required.’

Mr Sunak was ribbed on social media after he was filmed struggling with his contactless payment by swiping his card on the scanning machine as he went to pay the bill for his fuel, a small can of coke and a Twix.

After the Treasury posted a picture of the visit on Twitter other motorists reacted with anger.

One woman told how the price cut would reduce her costs by £4 a month.

She added: ‘My energy has increased from £97 to £200pm. Call that help? You have no idea – not a clue what real life is like for most of us.

‘If I’d been at Sainsbury’s I’d have told you what I think.’

The garage he visited was selling petrol at a cheaper rate today. When he visited on Wednesday it was selling a litre of unleaded petrol at 163.9p according to the website. Today the price was reduced to 157.9p.