A RYANAIR steward who was caught downing Jack Daniels and wine from the drinks trolley is facing jail.

Sam Thompson, 26, was seen "necking the whole bottle" of wine while on board the flight from Rzeszow, Poland, to Stansted. 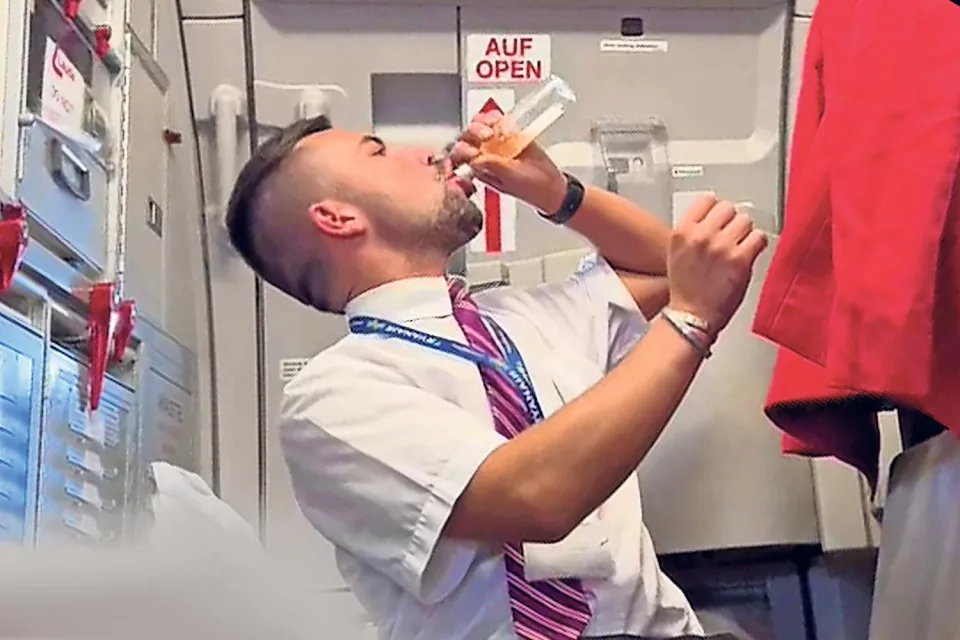 The cabin crew member was filmed by a horrified passenger drinking the booze and he was arrested after the plane landed.

Thomspson today admitted performing an aviation function as a member of cabin crew while his ability to do so was impaired by drink.

He was warned he faces jail when he returns to Chelmsford Magistrates’ Court on August 3.

The court was told police were scrambled to the runway at Stansted on May 18 this year after the alarm was raised. 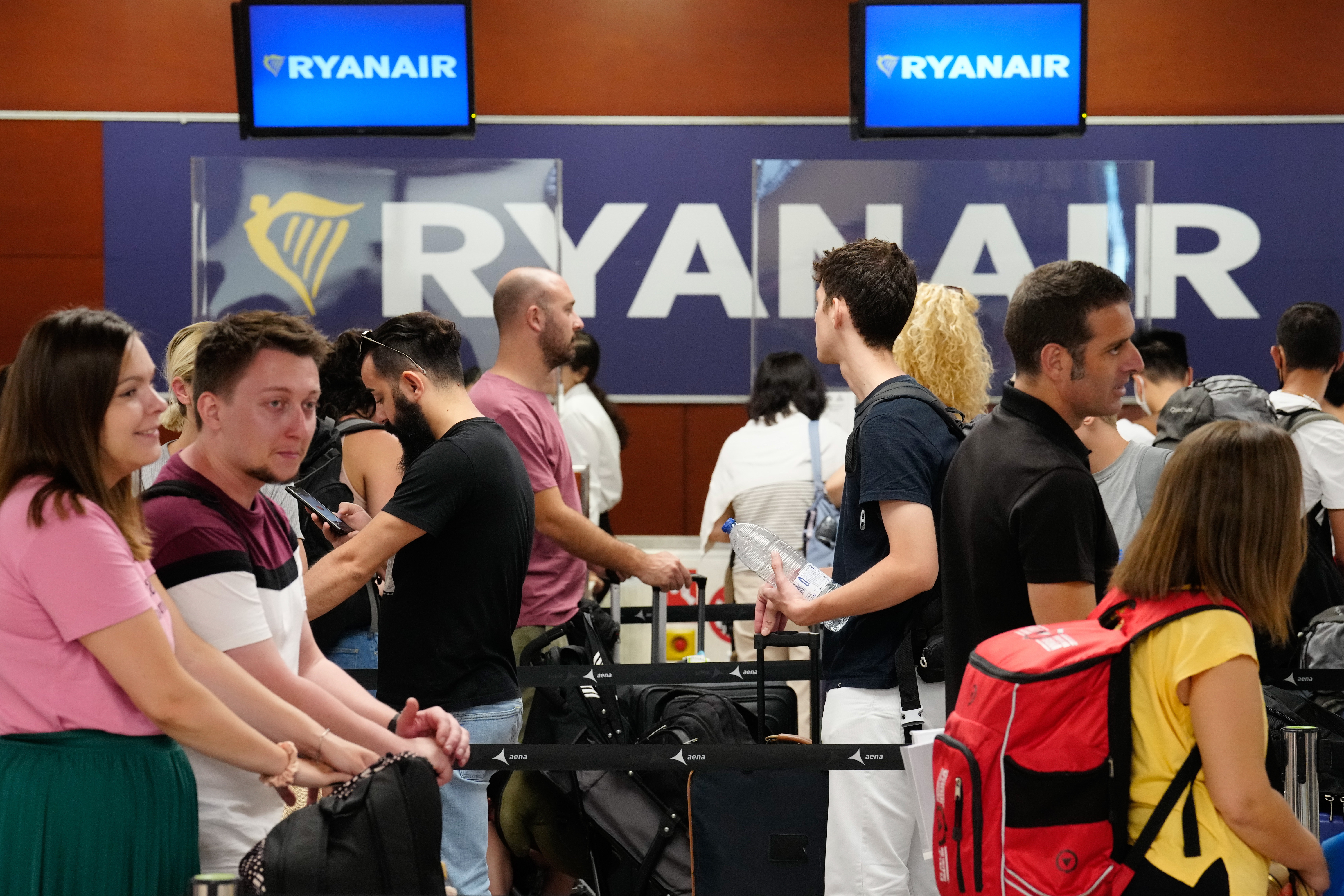 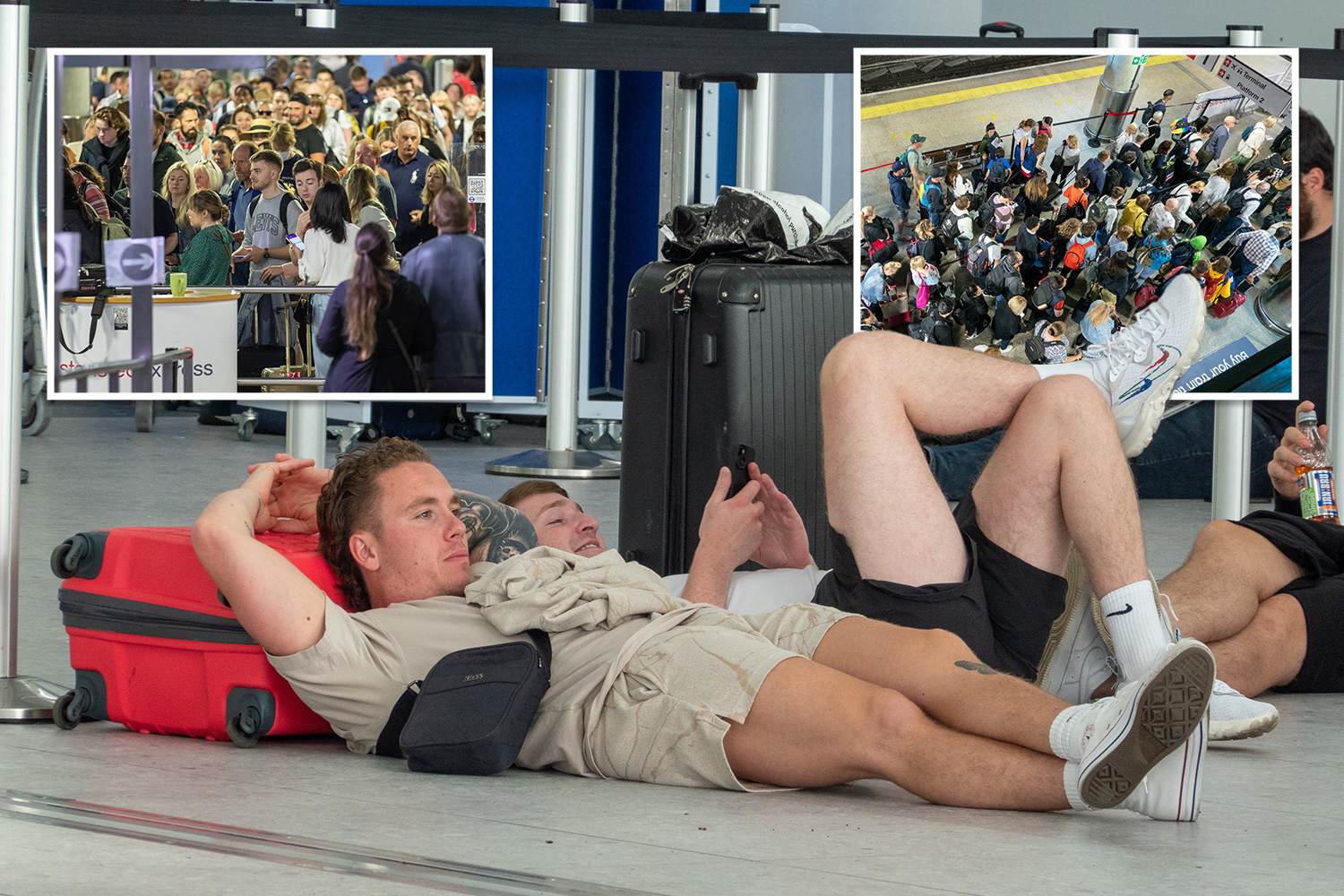 He was breathalysed and found to have 50mg per 100 millilitres of breath. The legal limit for driving is 35mg.

Footage revealed by The Sun showed uniformed Thompson sitting near the exit door as he apparently tries to discreetly drink rosé.

In another clip, he turns away and appears to knock back a shot of whiskey.

After sinking it, he gags and says “don’t make it obvious” as he tries to hide his drinking from other staff. 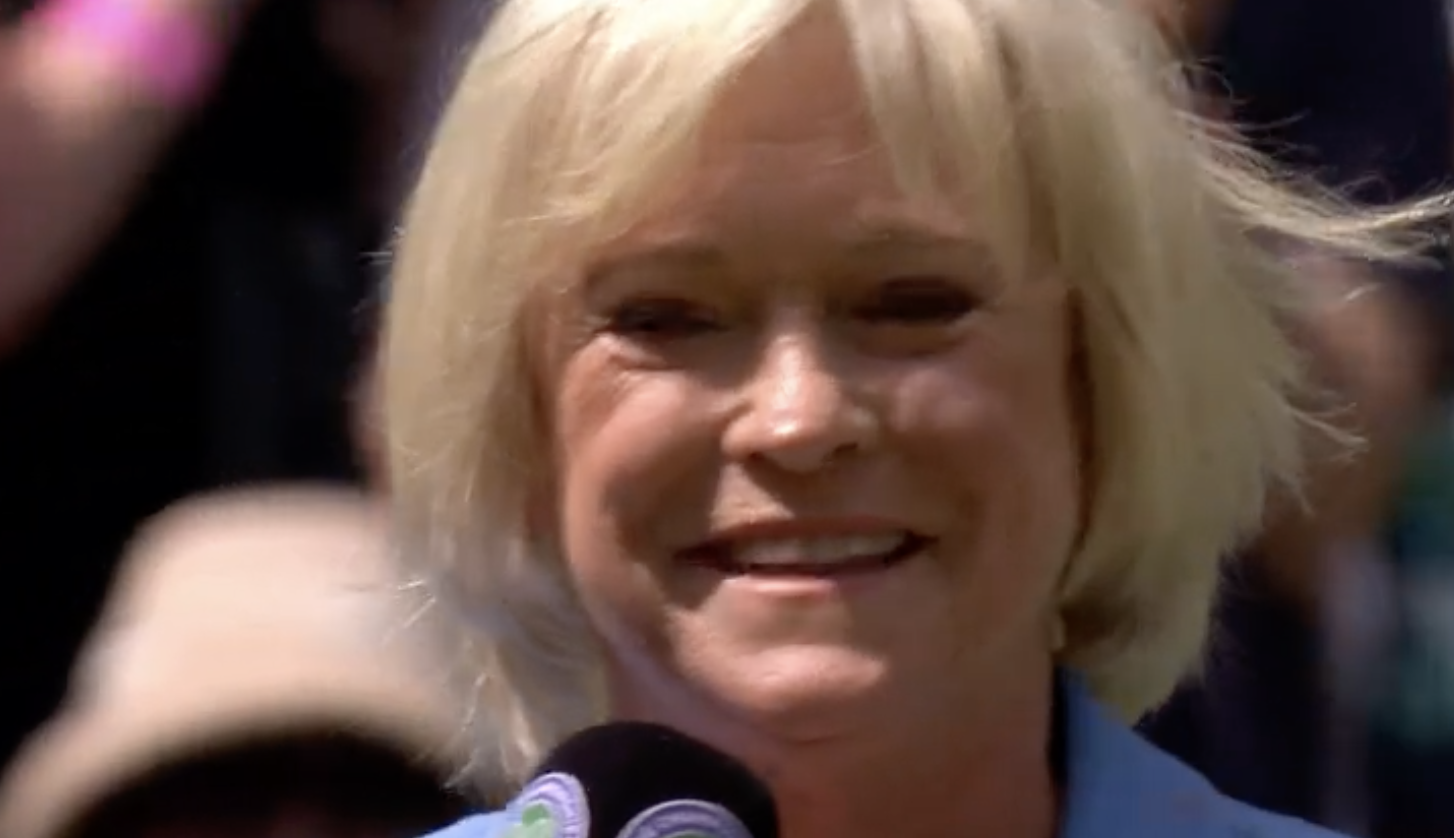 Michael Carroll, defending, said Thompson and alcohol are “not the best of friends”.

Ryanair crew are not allowed to drink alcohol up to eight hours before, or during, a flight.

The company’s code of ethics says being “impaired by drugs or alcohol while performing company business” is subject to disciplinary action.

Thompson was sacked by the airline following the mid-air incident. 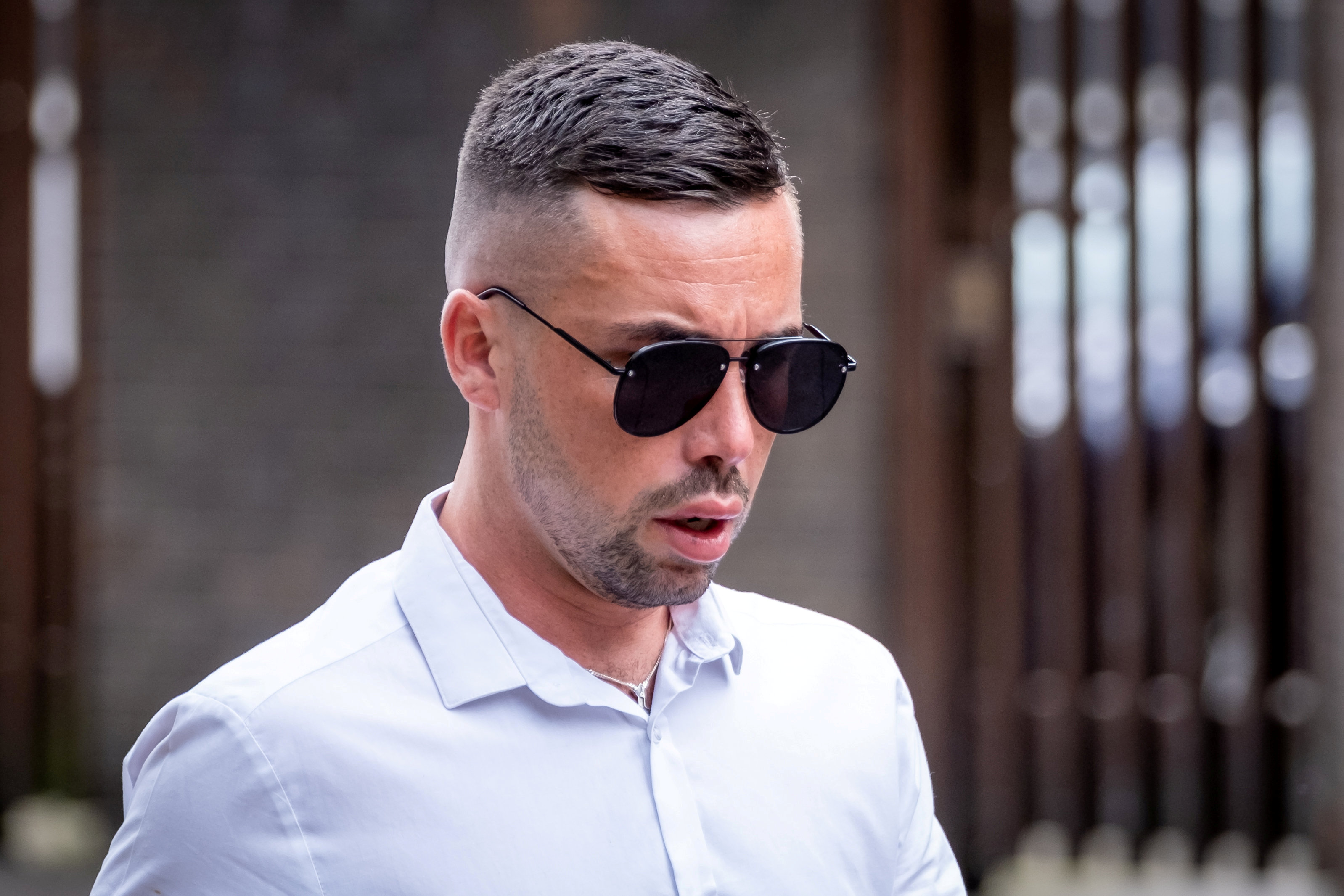 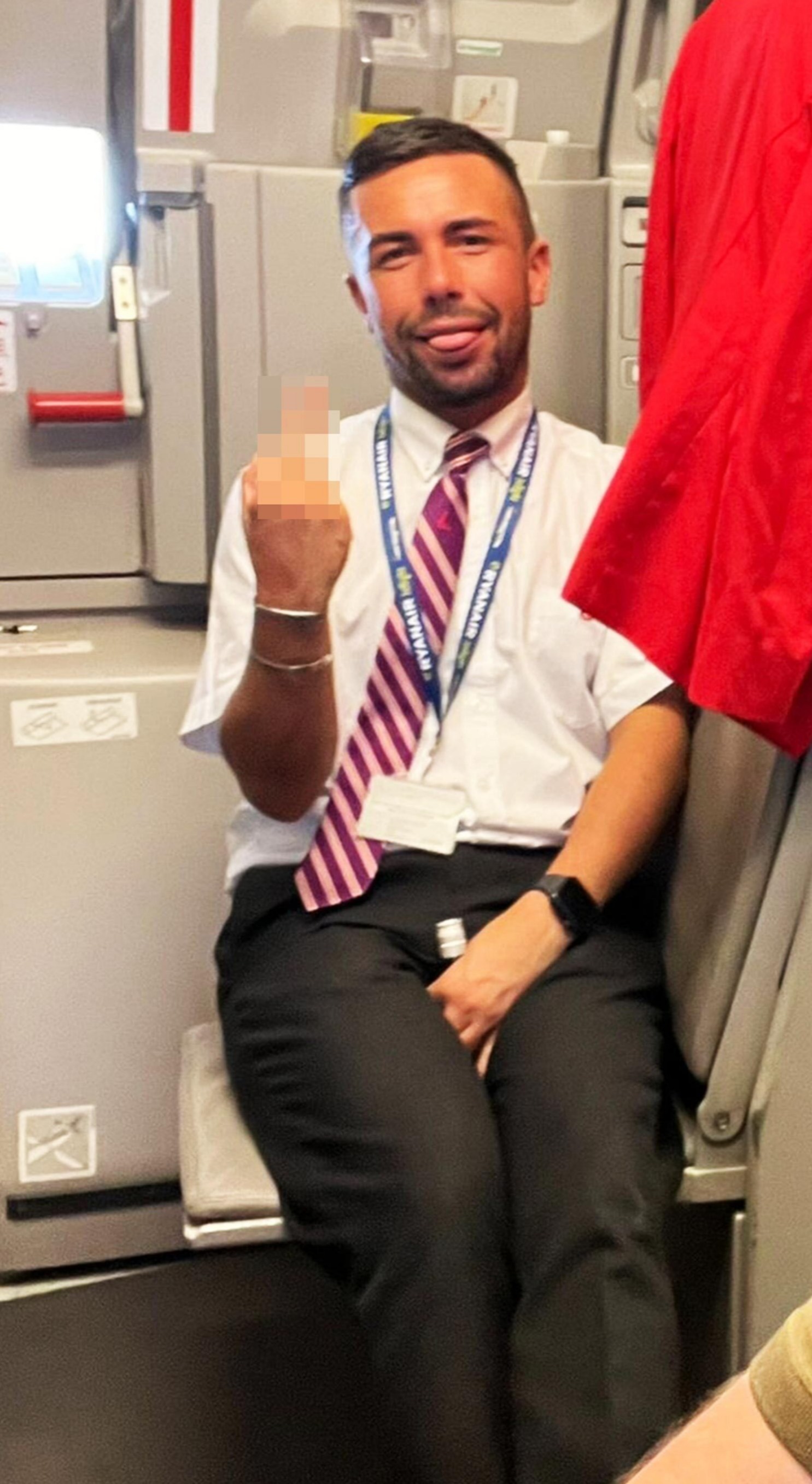 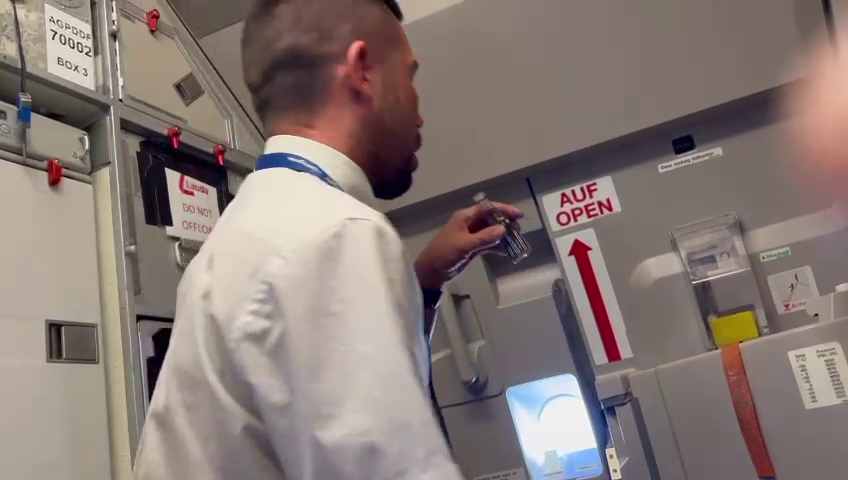