Sadiq Khan WINS second round of battle over controversial LTNs

London Mayor Sadiq Khan has won the second round of a battle over controversial Low Traffic Neighbourhoods and is vowing to extend cycle lanes even further.

Mr Khan’s Transport for London won its bid to overturn a High Court ruling which found that the LTNs in London are unlawful when Lord Justice Bean ruled in their favour.

The mayor welcomed the court’s ruling on Wednesday, calling it a ‘vindication of our policies’.

He continued: ‘This decision reinforces my determination to make it safer and easier for Londoners to walk and cycle, and to help ensure a green and sustainable recovery from the pandemic.

‘The judges’ decision, along with the vote from Londoners on May 6, is a double mandate allowing us to continue with our bold measures.’ 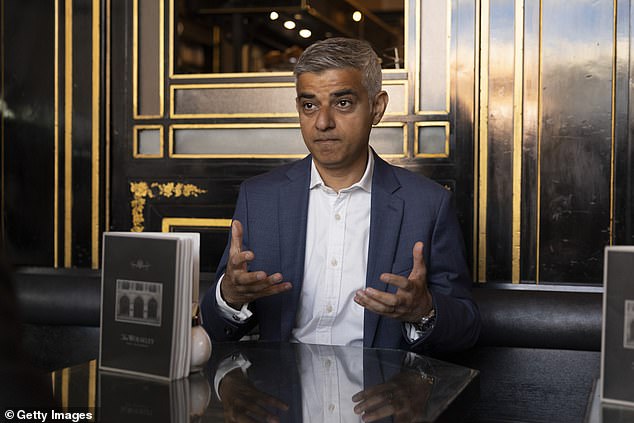 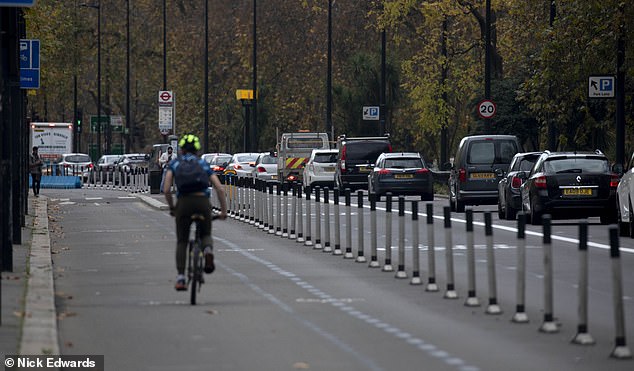 The mayor welcomed the court’s ruling on Wednesday, calling it a ‘vindication of our policies.’ Pictured: An almost empty cycle lane next to traffic in central London

In January, a High Court judge ruled that measures announced last year aimed at boosting walking and cycling in London and reducing traffic in response to the coronavirus pandemic should be ‘substantially amended’.

Some 89 LTNs were built in London last year, resulting in 62 miles of cycle routes in the capital.

And Transport Secretary Grant Shapps has told TfL to spend a minimum of £100million on healthy streets this year.

Black cab groups the United Trade Action Group (UTAG) and the Licensed Taxi Drivers’ Association (LTDA) had brought the action over the Streetspace plan, announced by Sadiq Khan in May 2020, and guidance published days later by Transport for London. 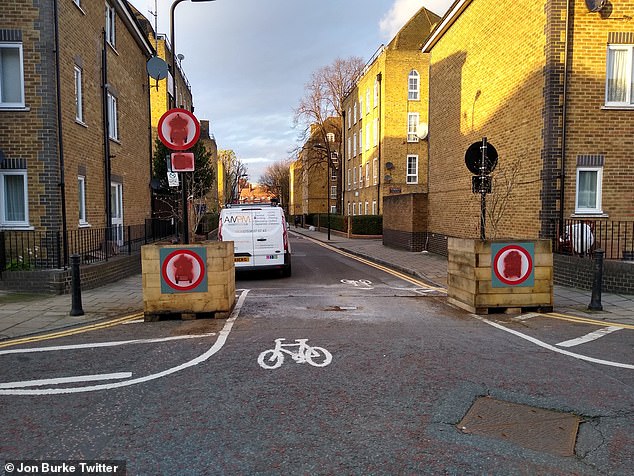 They also successfully challenged a traffic management order which imposed restrictions on most vehicles on the A10 Bishopsgate in the City of London, between 7am and 7pm on weekdays.

Mrs Justice Lang had concluded the decision-making processes for the plan, guidance and A10 order were ‘seriously flawed, and the decisions were not a rational response to the issues which arose as a result of the Covid-19 pandemic’.

Lord Justice Bean said: ‘Our decision is that we will allow the appeal and set aside the judge’s grant of judicial review… and set aside orders quashing the plan, guidance and the A10 order.’

The judge, sitting with Sir Keith Lindblom and Sir Stephen Irwin, said their reasons for the decision would be provided at a later date. 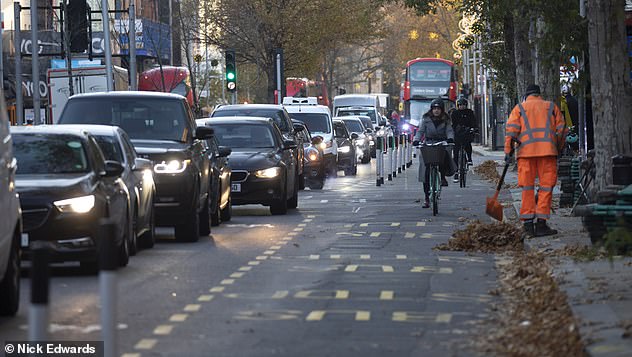 The UTAG and LTDA will then be given the chance to appeal against their decision.

On Tuesday, Ben Jaffey QC, for TfL and the Mayor of London, argued the temporary schemes were introduced to reduce traffic in highly congested areas and improve facilities for walking, cycling and social distancing to prevent the spread of Covid-19.

In written submissions, he said: ‘TfL’s policy aim is straightforward: to reduce the risk of infection and thus prevent serious illness and save life. This means that walking and cycling, which are lower risk outdoor activities, should be encouraged.’ 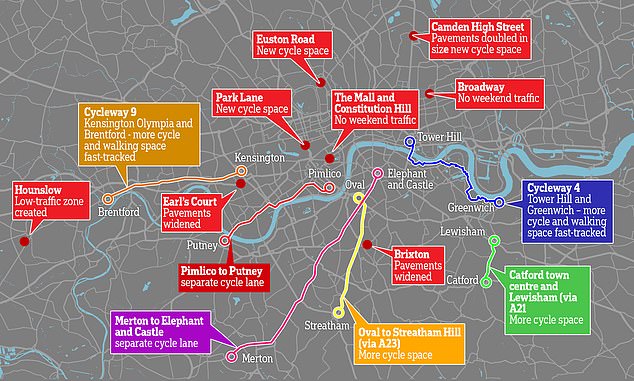 The Court of Appeal heard that at peak times pre-pandemic, hackney carriages made up 43 per cent of traffic on the A10 road, excluding buses and cycles.

Mr Jaffey said it was not possible to reduce congestion without excluding taxis from parts of the A10.

He continued: ‘(The policy) placed higher value on the public health benefits of enabling safer walking and cycling and reducing bus congestion and journey times and therefore infection risks.

‘The greater benefit, for the greatest number, was TfL’s lawful public health objective.’