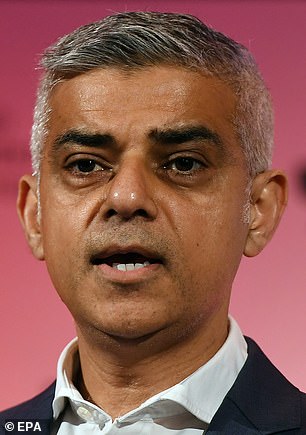 A plan by London Mayor Sadiq Khan to build a huge cycling and pedestrian bridge over the River Thames has been branded a ‘vanity project’ amid claims that its estimated cost has doubled to £400 million.

Transport for London (TfL) has already forked out £11.6 million on the proposed bridge linking Canary Wharf with Rotherhithe in East London.

But there are concerns that too few people would use the 590ft-long structure.

Opponents claim Mr Khan is repeating the mistakes of the ‘Garden Bridge’ fiasco when the cost of a footbridge championed by his predecessor Boris Johnson reached £200 million before it was axed, left taxpayers with a £46.4 million bill. 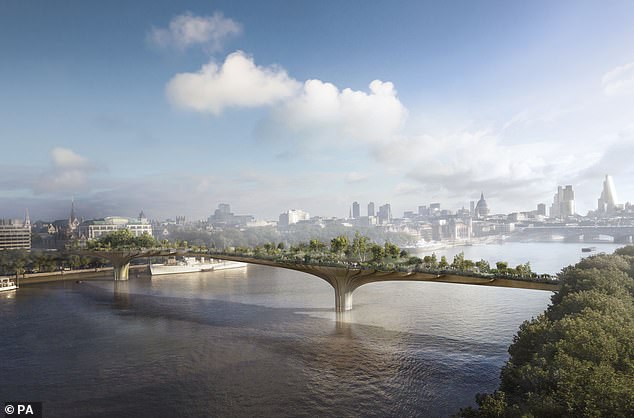 A proposal for the Garden Bridge, which was never built after Mr Khan’s predecessor Boris Johnson spent £200 million before the project was axed

‘This could be another Garden Bridge,’ said Karryn Beaumont, a chartered accountant who is leading the opposition.

‘The cost is astronomical. It’s nothing more than a £400 million taxpayer-funded vanity project.’

A spokesman for the Mayor said there was ‘significant public support’ for the plan and the final cost would be ‘determined once the design work has been completed’.