Sajid Javid today voiced anger that he was snubbed from Donald Trump’s state banquet – saying he had no idea why he was left off the invite list.

The Home Secretary was a notable omission from the opulent event at Buckingham Palace last week in honour of the US president.

He was the only holder of a Great Office of State not invited, with lower-ranking ministers such as Defence Secretary Penny Mordaunt and Environment Secretary Michael Gove attending.

Tory leadership hopeful Mr Javid was asked about his absence from the list during an interview on BBC Radio 4’s Today programme this morning. 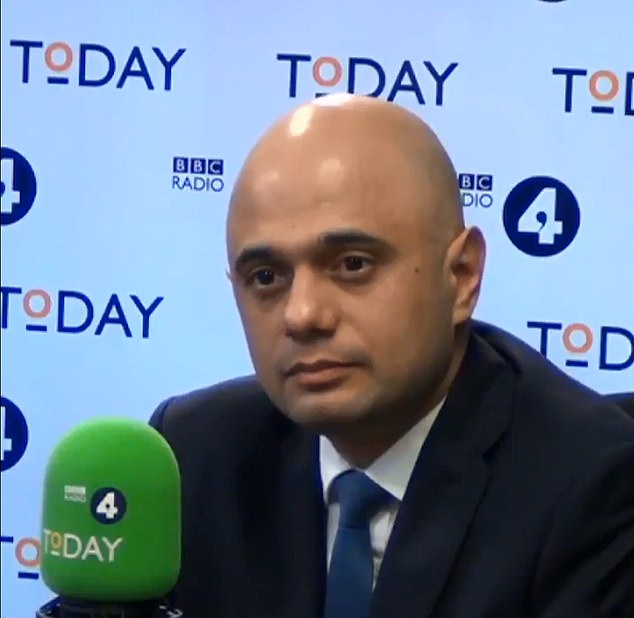 ‘I don’t know. I’ve asked but I was told normally Home Secretaries are not invited,’ he said.

Pressed on how it made him feel that other senior ministers had been asked to attend, Mr Javid said: ‘I don’t like it. For the reason you’ve just said.

‘It is odd. My office did ask No10 and they said no. You’d have to ask someone from No10 why they made that decision.

Mr Javid – who did have a ‘brush-by’ conversation with the president at D-Day commemorations in Portsmouth last week – was asked whether he thought he had been left off the list because he was muslim.

‘I’ve just been told what I’ve said, that normally an invite doesn’t always go to a Home Secretary.’

Mr Javid was among ministers – including Theresa May and Boris Johnson – who criticised Mr Trump for retweeting the far-right Britain First group in 2017,

The president later expressed regret at the social media post, telling ITV’s Good Morning Britain he did not know anything about the group.

‘If you are telling me they’re horrible people, horrible racist people, I would certainly apologise if you’d like me to do that,’ Mr Trump said. 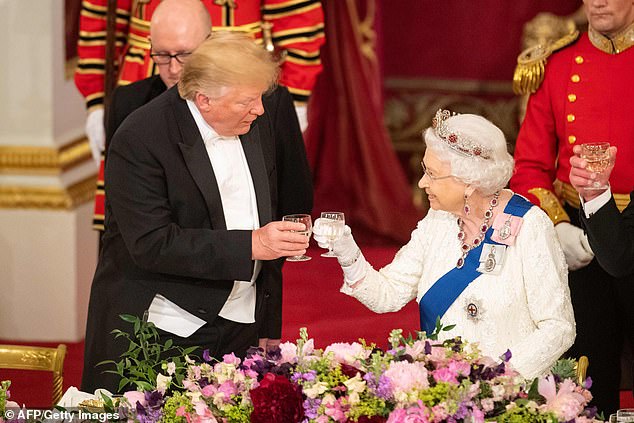