Sandwich shops should list all their ingredients to avoid allergy deaths says food watchdog after girl, 15, died from eating Pret A Manger baguette

Retailers that prepare and package food to sell on-site should list all the ingredients they use to avoid allergy deaths, the Food Standards Agency (FSA) has said.

It will advise ministers that food outlets should place labels on products, which include a full list of ingredients with all 14 major allergens highlighted.

The proposed changes follow the death of Natasha Ednan-Laperouse, who died after having a sandwich from Pret A Manger. 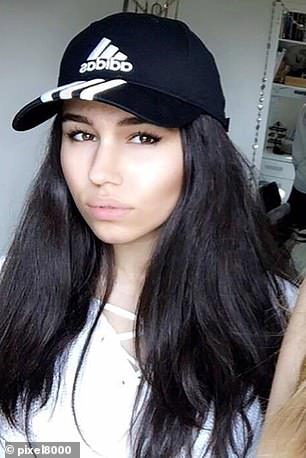 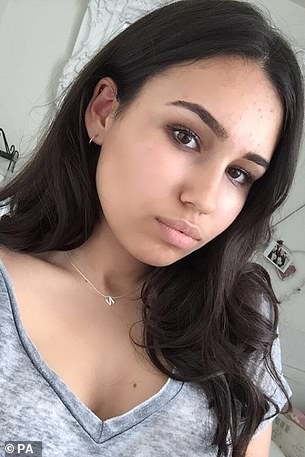 Natasha Ednan-Laperouse, 15 (pictured) was on a dream trip to Nice with her best friend and her father when she ate the sandwich laced with sesame seeds not listed on the label

Miss Ednan-Laperouse, 15, from Fulham, south-west London, collapsed on board a flight in July 2016 after eating a baguette from a Pret outlet in Heathrow Airport.

The coroner at her inquest said she died of anaphylaxis after eating the artichoke, olive and tapenade sandwich containing sesame, to which she was allergic.

Currently, food prepared and sold on-site does not require warning labels about potential allergens because it is assumed that customers who require information will question staff.

The FSA board decided to recommend that food outlets must label all food with a full list of ingredients, highlighting the 14 major allergens, including nuts, eggs and milk.

The Department for Environment, Food and Rural Affairs will have the final say over whether new rules are introduced. 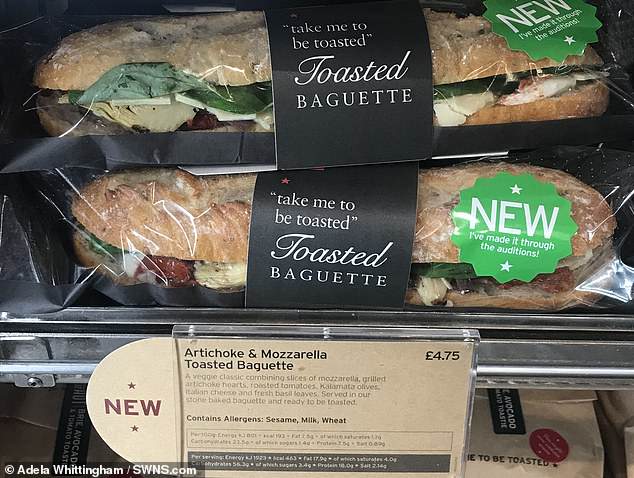 The baguette pictured is a similar sesame product, but not the same as the one Natasha ate

FSA chairwoman Heather Hancock told BBC Radio 4’s World at One: ‘It did attract some opposition from business.

‘From public sector bodies there was a concern about the resources to help business comply with this rule and then to enforce the rule.

‘From businesses themselves… there is a level of misunderstanding about what we are actually talking about.

‘We are not talking about every fresh sandwich being made in a sandwich shop, so I hope that slightly reduces their level of anxiety.

‘But we are balancing consumer protection, public health protection with the ability of people to deliver a good business service and choice to people who have got an allergy or intolerance. 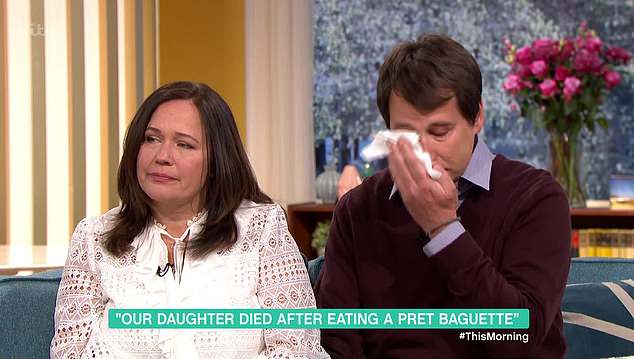 Miss Ednan-Laperouse’s parents, Nadim and Tanya Ednan-Laperouse (pictured), said: ‘This is a momentous decision; it is the latest step in making the UK a safer place for people with allergies’

‘So our discussion today was very nuanced but ultimately this is a huge quality of life, and life threatening, issue for a proportion of the population and that is what we have fallen in favour of.’

Miss Ednan-Laperouse’s parents, Nadim and Tanya Ednan-Laperouse, said: ‘This is a momentous decision; it is the latest step in making the UK a safer place for people with allergies.

‘We are delighted that the FSA has recognised what consumers are asking for, which is that full ingredient labelling across all pre-packaged food is implemented.

‘The response from consumers to the consultation was overwhelming, with 73 per cent calling for full ingredient and allergen labelling.

‘It is now for Government ministers to implement legislation to save lives. We are now one step nearer making Natasha’s Law a reality. A label saves a life.’

Pret A Manger started a national roll-out of full ingredient labels on freshly made products last week as part of its response to the death.

Pret has offered to share the details of the labelling roll-out with the Government and wider industry to help other food businesses adopt a similar approach.