Home » World News » Scary moment Trump fan 'hits girl, 13, with a FLAGPOLE after her mom gave him the middle finger' at rally

SCARY footage shows the moment a Trump supporter allegedly hit a 13-year-old girl in the face with a flagpole during a rally in Florida.

The 67-year-old was filmed charging towards a family's car after the teen and her mom exchanged middle-finger gestures with him last Wednesday. 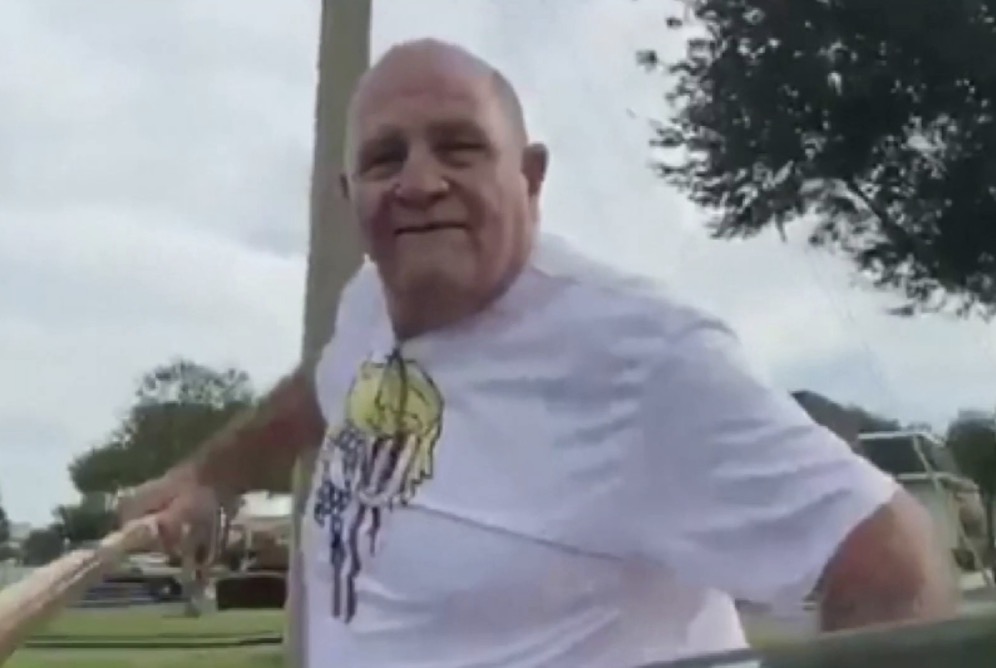 Norbert Eugene Logsdon Jr, 67, was arrested on September 16 and is facing a felony child abuse charge, according to the Clay County Sheriff’s Office website.

Footage of the incident, which was captured by the teen's mother, shows Logsdon running towards a moving car and shoving a flagpole through the open passenger window.

Profanities between people in the car and Logsdon could be heard in the video when his flagpole struck the 13-year-old girl.

The girl's mother then quickly closed the passenger window while Logsdon stood angrily outside the car. 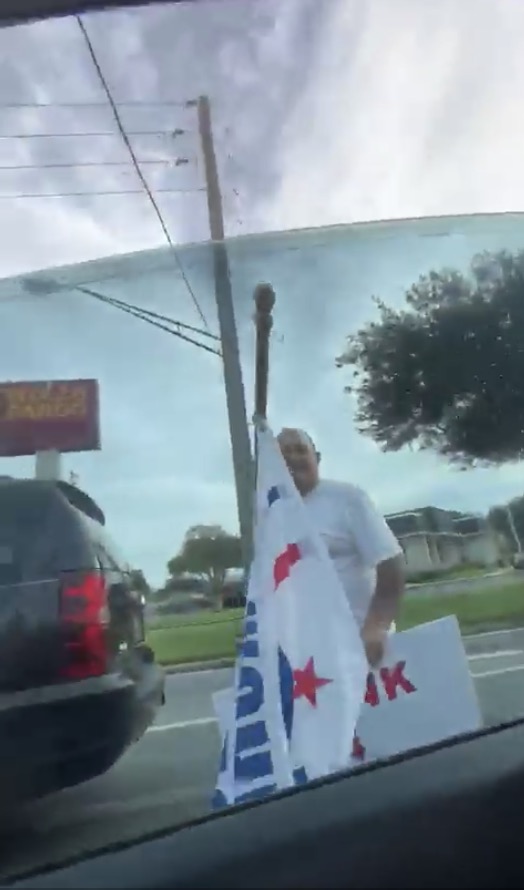 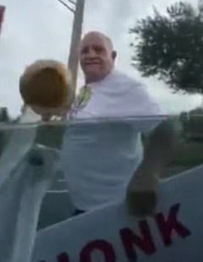 Crystal Ledoux, the girl’s mother, told CBS 47 that Logdson and others were demonstrating for President Trump near an intersection in Orange Park, Florida.

Ledoux then made the U-turn after missing the entrance to a local restaurant and shouted "Biden 2020" while flicking Logsdon off.

She said she pulled into the turning lane nearby, and that's when Logsdon ran up with his flagpole and attacked her daughter. 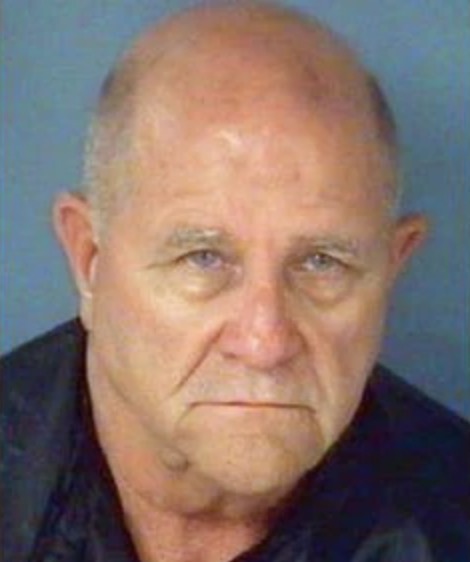 Ledoux was able to take down Logsdon's license plate number at the scence, which she later gave to authorities.

Deputies tracked Logsdon's address and arrested him at his home in Orange Park “without incident” and taken to the Clay County Jail, the arrest report shows.

The report also shows that the girl was struck in the right side of her face and chest.

“I did observe redness to the victim’s right face,” wrote the deputy in the report.

“Whatever party that you side with, there is again, it should be held accountable, and no one should actually react and assault somebody,” Ledoux told the news agency “That’s wrong.”

CBS 47's reporter called Logsdon for his side of the story, but Logsdon declined to comment and told the reporter to speak with his attroney.

The news station said Logsdon replied with the name of a fictional law firm.