A former Scotland Yard detective has been cleared of running an upmarket prostitution ring with a solicitor’s daughter after 50 hearings spanning more than six years.

DC Daniel Williams, 43, was accused of taking a cut from Beatrice Nokes’s sex work and bringing the money back to Tooting Police Station to be counted.

Williams had faced charges of misconduct and voyeurism dating back to 2014 but he has finally been cleared on all charges after a legal battle costing the taxpayer millions of pounds.

Nokes, 27, was cleared of inciting prostitution for gain by a jury at Southwark Crown Court in January 2018. 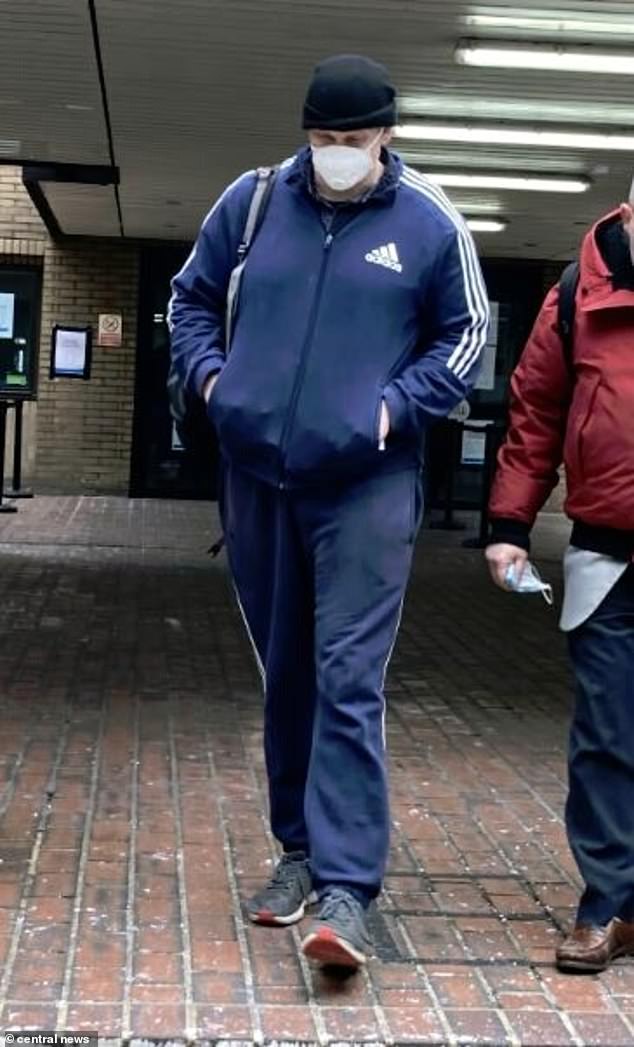 DC Daniel Williams (pictured), 43, was accused of taking a cut from Beatrice Nokes’s sex work and bringing the money back to Tooting Police Station to be counted

Her acquittal can finally be reported after Williams was cleared after the Crown Prosecution Service offered no evidence.

Williams had been accused of spying on unsuspecting guests at the Mandolay Hotel in Guildford, Surrey, during a 10-month voyeurism spree.

Last week Judge Michael Grieve, QC, ruled Williams had no case to answer to a charge alleging misconduct in public office by controlling prostitution for gain between January and October 2014.

The judge’s ruling followed a successful application for abuse of process by Williams.

A CPS spokesman said the allegations of voyeurism relating to three women passed the evidential test, but after consulting the alleged victims it was ‘no longer in the public interest to proceed’.

Judge Grieve added: ‘This does bring to an end what have been exceptionally long running proceedings in this case, upon which I don’t wish to comment on in any way. 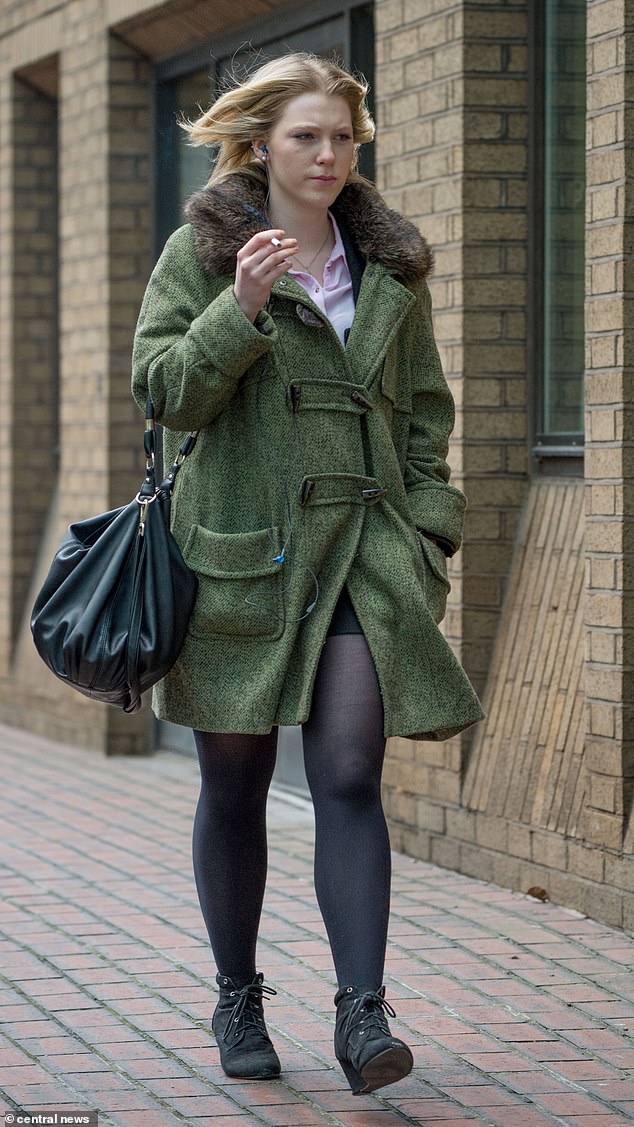 ‘The case has placed an enormous burden on both sides, for the extremely long amount of work people have been called to do, on both sides.’

Williams appeared relieved and before leaving court told the prosecutor: ‘No hard feelings, if there’s a movie Ms Jones, you will be played by Cate Blanchett.’

Since 2016 the former cop represented himself at court at up to 50 hearings, due to issues with the Police Federation paying his legal costs and his ineligibility for legal aid.

During earlier proceedings he appeared with an intermediary to assist him after claiming he is autistic and has difficulty taking notes.

Williams said: ‘90% of the time [proceedings are] lost on me. I can only get accurate notes with the audio tapes.’

The former detective never stood trial but the allegations emerged when Nokes, the daughter of two respected solicitors, stood trial more than three years ago.

It was claimed Nokes, a keen horsewoman, set up the vice ring with Williams while working as a part-time escort. 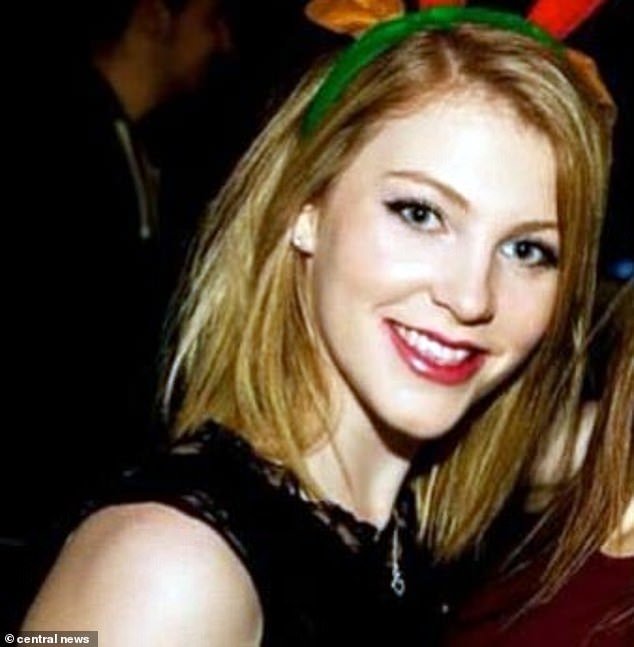 Williams had faced charges of misconduct and voyeurism dating back to 2014 but he has finally been cleared on all charges after a legal battle costing the taxpayer millions of pounds. Pictured: Beatrice Nokes

Williams was cleared of going into partnership with former UCL chemistry student Nokes while recruiting and pimping out women.

At an earlier hearing it was claimed that when police raided his home in Putney, they found wads of cash hidden in socks up the chimney.

Prosecutor Angela Rafferty QC, had told jurors: ‘The prosecution alleges that Beatrice Nokes, acting together with a man called Daniel Williams, was involved in inciting another female to become a prostitute.

‘At the time of the investigation into this matter Ms Nokes was working herself as a prostitute and her co-defendant, Mr Williams, was a serving police officer.

‘This trial is part of a wider police investigation into Mr Williams, who was attempting to establish a prostitution business, we say.

‘Mr Williams, you will see, is not here.

‘He faces a separate trial.’

Jurors heard the investigation began in 2014 when DC Williams was working out of Tooting Police Station and Nokes was a chemistry student working as a part-time escort.

The court heard Williams used a website called ‘Saafe’ which provides advice and support for women working in the escort industry.

Williams sent emails to potential escorts from a ‘Lovely Lilly’ account, setting up meetings which Nokes would then attend.

Women were handed a ‘Cocoon of Reassurance’ document running to 38 pages setting out ‘common potential pitfalls’ with clients, ‘risks identified’ and ‘sexual health’.

Nokes was cleared by the jury of causing or inciting prostitution for gain relating to one of the women after the court heard she had already been operating as a sex worker.

A CPS spokesperson said of the decision to offer no evidence against Williams: ‘A recent ruling by the judge in this case determined that there is no case for the defendant to answer on the main allegation he faced.

‘After careful consideration we have decided not to challenge this ruling and that it is no longer in the public interest to proceed with a prosecution on the remaining counts.’

Nokes, of Colchester, Essex, denied one count of causing or inciting prostitution for gain and was cleared by the jury after a two month trial in January 2018.

Williams, of Wandsworth, denied two counts of misconduct in public office, possession of criminal property and three counts of voyeurism.

The first misconduct count was stayed after a court ruling and no evidence was offered on the remaining counts.