Screaming schoolgirl, 14, stabbed in neck with 'kitchen knife in drive-by attack before she fled to grandparents house'

A SCHOOLGIRL screamed as she was stabbed in the neck with a kitchen knife in a drive-by attack, according to horrified witnesses.

The 14-year-old was knifed in broad daylight on a residential street in Ilford, east London, yesterday before fleeing to her grandparents' house. 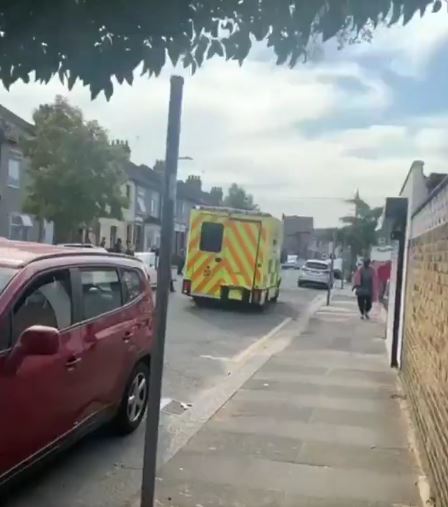 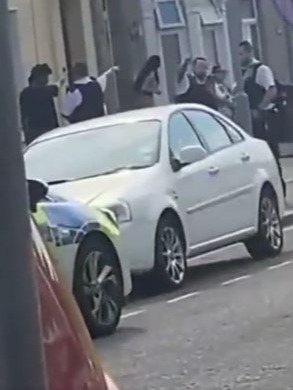 Emergency services rushed to the scene on Eynsford Road and cops launched an investigation.

Detectives have since arrested a woman on suspicion of GBH with intent and have taken her into custody, and the teenager's injuries are not thought to be life-threatening.

A large kitchen knife was recovered from a front garden just yards from where the teenager had her throat slashed.

Eyewitnesses said there was a group of people fighting in the road shortly before the stabbing occurred.

Adnan Patel, 42, who lives on the road, told The Sun Online: "I heard a group of young people shouting at each other – I don't know what about.

"But then I heard the screams. It was really loud – everyone must have heard it on the road.

"It was really scary. You just don't expect this. You see on the news it's always the boys fighting each other but for it to be women, that's unusual."

A man who works at a nearby garage, who asked not to be named, also heard "fighting and shouting and screaming".

"Then we saw a Middle Eastern girl clutching on to her neck and running down the road. I think her grandparents live down there," he said.

Another local said he saw a red Mini drive to near where the brawl unfolded, where a white woman briefly got out of the car before speeding off with a man behind the wheel.

He said: "I heard all the police sirens kicking off and a hatchback, a Mini, roaring up there, which isn't unusual because people drive around here like nutters.

"My mate said 'have you seen what's happening?' I looked out and saw a Mini come down.

"A girl got out, walked down the road and the Mini turned around. She got back in and they went off.

"I told the police about it because it just looked odd, it looked wrong what they were doing, but I have no idea if it was a drive-by or not.

"I assumed it was lads carrying knives around and someone said something wrong and they stuck a knife in somebody.

"A Middle Eastern lady said it was her niece.

"I was very surprised the victim was a girl and the perpetrator was a woman. It's mental these days."

Detectives remain on the scene of the incident with forensics scouring the scene for evidence.

A Metropolitan Police spokesman said: "Police were called at 3pm on Monday, 6 September to Eynsford Road, junction with Green Lane, Ilford, to reports of a stabbing.

"Officers attended with LAS and found a 14-year-old suffering from a laceration to her neck.

"Her condition at this time is not thought to be life-threatening.

"Officers arrested another female on suspicion of GBH with intent and have taken her into custody.

"A crime scene is in place and enquiries are ongoing."

A London Ambulance Service spokesperson added: "We were called at 3:01pm today to reports of a stabbing on Eynsford Road, Ilford.

"We sent a number of resources to the scene including an ambulance crew, a medic in a car, an incident response officer and London's Air Ambulance.

"We treated a teenage girl at the scene and took her to a major trauma centre." 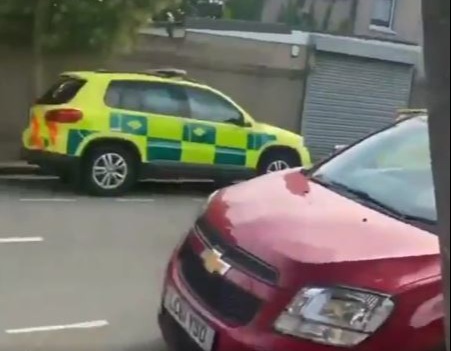 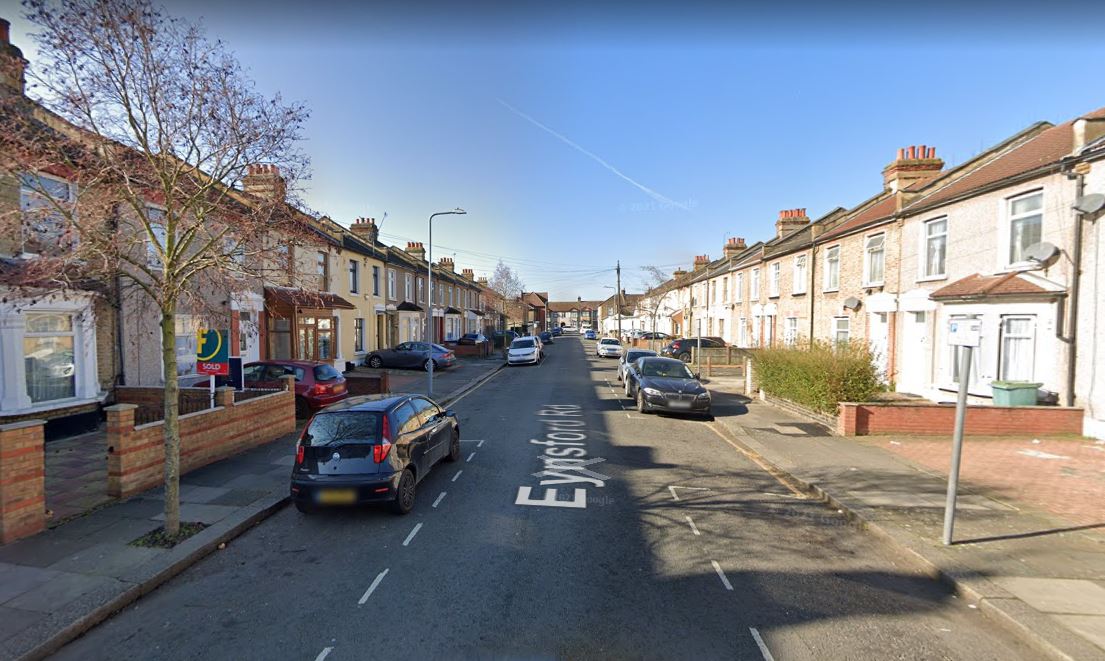