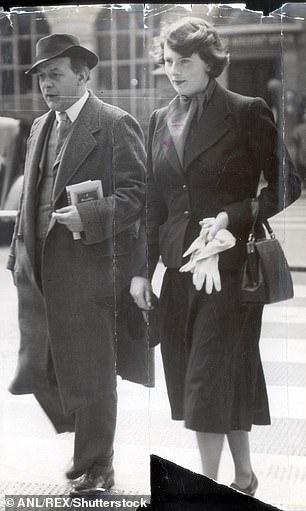 Lady Elizabeth Cavendish is pictured with her lover Sir John Betjeman in 1952 and they were together for 33 years. But it has been revealed she left nothing to his son Paul when she died in September

Poet Laureate Sir John Betjeman referred to his mistress, Lady Elizabeth Cavendish, as his ‘London wife’ and she was at his bedside when he died.

However, I can reveal that Lady Elizabeth, who died last September aged 92, left nothing in her will to the poet’s son, Paul Betjeman, or his grandchildren.

Instead, she left her entire £10 million fortune to her two adopted nieces.

‘It is an unexpected windfall for them,’ says a friend of the family.

Lady Elizabeth was the daughter of the 10th Duke of Devonshire and served as lady-in-waiting to Princess Margaret. She is said to have introduced the Queen’s sister to her future husband, Antony Armstrong-Jones.

She was Betjeman’s lover for 33 years and their relationship remained an open secret until 1973, when he and his wife, Penelope Chetwode, moved into a property five doors away. 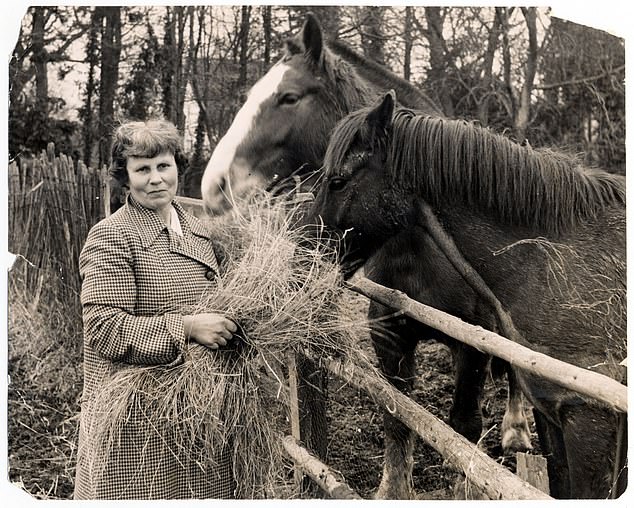 She was formerly known as Penelope Chetwode and grew up in Derbyshire. She met the poet at a dinner in Mayfair 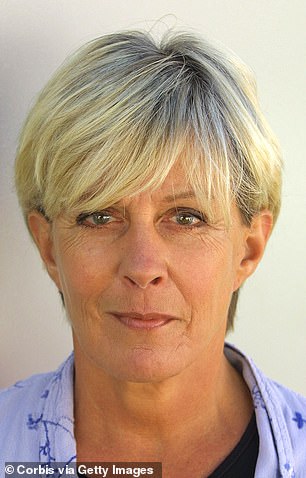 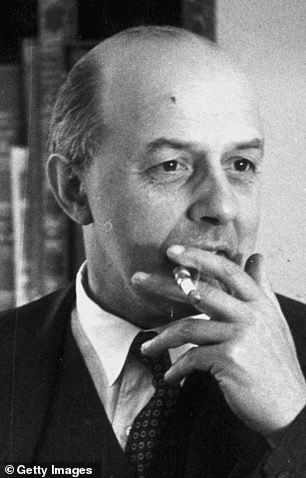 Uncanny: The resemblance between Candida Lycett-Green and her father Sir John Betjeman is eery. She was given part of Lady Cavendish’s fortune when she died and has gone on to become a writer

He had met Lady Elizabeth at a dinner in Mayfair, which was delayed when one of the guests failed to show up; he was Guy Burgess, who had just defected to Moscow.

Lady Elizabeth had no children, so left her estate of £9.9 million to be shared between her nieces, the writer Isabella Tree and Esther Cayzer-Colvin. The pair were adopted by her sister, Lady Anne Tree, and her artist brother-in-law, Michael, an heir to a Chicago department-store fortune.

Issy is married to landowner Sir Charles Burrell and they live at his 13-bedroom Knepp Castle in West Sussex. She has spoken of her adoption, saying: ‘You definitely have a sense of fate that stays with you. I was incredibly lucky to find a loving family.’

Esther married Jamie, who changed his surname from Colvin to Cayzer-Colvin at the behest of his shipping magnate grandfather Lord Cayzer. He duly altered his will in Jamie’s favour — once his name had been double-barrelled.

Lady Elizabeth left all her correspondence with Betjeman to the Chatsworth House Trust, at the stately home where she grew up in Derbyshire.

But she specified a list of items not to go to the trust, including a drawing of two teddy bears and a list of poems, including one with the intriguing first line: ‘He told me I ought to varnish my nails.’

JK Rowling in it with £13m for TV sleuth

With a reputed fortune of £750 million, JK Rowling is one of Britain’s richest women. She’s not doing badly as a man either.

I can reveal that Rowling has made almost £13 million in the guise of Robert Galbraith, the pseudonym under which she’s penned her Cormoran Strike detective novels.

Her production company, Bronte Film And Television, which adapted the books for the BBC series, has just published its latest accounts.

They disclose that it rewarded the 54-year-old author with a £12.85 million dividend. Not bad for an author who was once so poor she spent her days writing in cafes to escape the chill of her unheated Edinburgh flat. 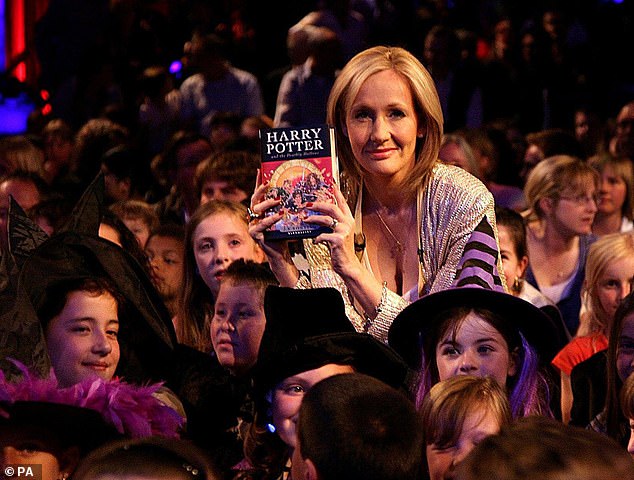 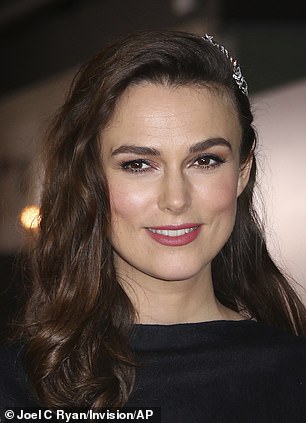 Why Keira’s gunning for politicians

Keira Knightley received a political education playing Katharine Gun, the government translator charged with leaking information about the run-up to the Iraq War, in her new movie Official Secrets.

‘You can’t question Katharine’s courage,’ claims the Pirates Of The Caribbean star, who believes Iraq was a watershed.

‘That feeling of disillusionment and that feeling of shock that certain political figures may be not telling the truth, I think has had a major impact.’

Will an appearance on Question Time be next?

A friend laments: ‘David wanted to focus on his legacy in other areas. Now he will be questioned about Brexit, Brexit and Brexit.’

While the actors playing aristocrats shot scenes for the forthcoming big-screen version at stately homes, he and his fellow servants were confined to the mocked-up servants’ quarters at Ealing Studios in London. ‘Only the posh people filmed in Yorkshire,’ Carter says. ‘They stayed in Harrogate and shot scenes at Harewood House and Wentworth Woodhouse. Us servants didn’t get to go.’