Shane Olivea, the former San Diego (now Los Angeles) Chargers and Ohio State offensive tackle, has died at age 40. The Chargers announced his death on Thursday, with the cause currently unknown.

Olivea, a Long Island native, was an Ohio State Buckeye from 2000 to 2003, and won a championship with OSU in 2002 (the incredible and unexpected upset of Miami). He left in his senior year without earning his degree, and the Chargers drafted him in the 7th round in 2004. He went on to start 57 of 60 career games for San Diego.

Olivea spent just four seasons with the Chargers, choosing to end his career early to deal with his opioid addiction. He spoke about his substance abuse problem, which began in his rookie year, in a 2016 interview with the Columbus Dispatch. He played 21 total games in his first pro season, including preseason, regular season, and a playoff game. Tired and battered, a teammate offered him a Vicodin. Olivea told the Dispatch that he was hooked on them almost immediately.

"There wasn't one day in the NFL I wasn't high on a pill after my rookie year," Olivea said. 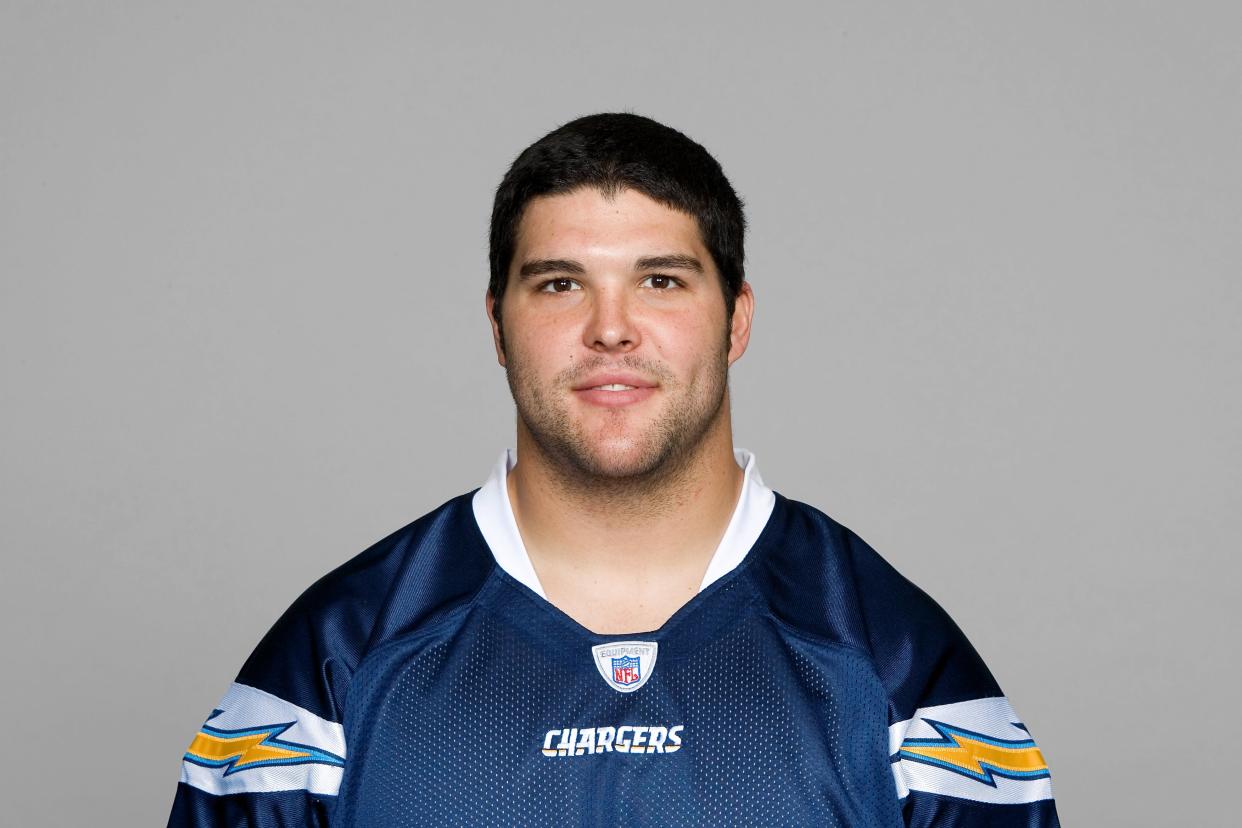 Rehab and return to OSU

At the height of his addiction, Olivea was taking an unimaginable amount of painkillers every day — an amount that doctors later said should have killed him.

"At my height on Vicodin, I would take 125 a day," he said. "It got to the point I would take a pile of 15 Vicodin and would have to take them with chocolate milk. If I did it with water or Gatorade, I'd throw it up."

As a result, Olivea's relationships and career slipped. Eventually his family, friends and teammate Roman Oben staged an intervention, and he willingly went to rehab, asking the Chargers for his release.

After 89 days at the Betty Ford Center, Olivea emerged clean and sober. He eventually decided he wanted to be a coach. So in 2015, he reenrolled at Ohio State, entering the sports department's degree completion program. In 2016, at age 35 and with eight years of sobriety under his belt, Olivea earned his college degree in sports industry and received his diploma.

"I looked at it like three times," Olivea said told the Dispatch. "I never thought I'd ever see a college diploma with my name on it."

Olivea was mourned by a number of his former Ohio State and Chargers teammates on social media, who said they remember him as a gentle giant who was an absolute beast on the gridiron.

On the heels of two of my great friends (Buckeye Teammates) Birthdays…. Schlegs and Nuge

Woke to the sobering news that @OhioStateFB lost a great one this morning. Shane Olivea passed last night.

More importantly I'll never forget the kindness he showed to a young freshman who was clueless and didn't know anything about anything. #RIPShane#Thankyou

Very sad to hear the news of my former teammate Shane Olivea. Praying for his family today. pic.twitter.com/k5oixYgSpc

Saddened by the news of the passing of Shane Olivea.
Shane was an absolute beast on the gridiron. A super cool soul during our time at The Ohio State.
Life’s precious & this news hurts my soul on many levels.
Prayers to his family, friends & loved ones.
“Rest up Champ.” 🕊#71 #70 pic.twitter.com/UdVDTlcVdc

Shane Olivea #RIH I had many great battles in practice and the league with this man. Class act. We lost a good man. My condolences to the Olivea Family. 🙏🏿❤️ pic.twitter.com/NKaDrJv1R4