THIS is the bone-chilling moment 16-foot cannibal crocodiles feed on their young in Africa.

In one image, a Nile crocodile was pictured as it clasped its strong jaw around another young crocodile’s head and proceeded to drown it underwater. 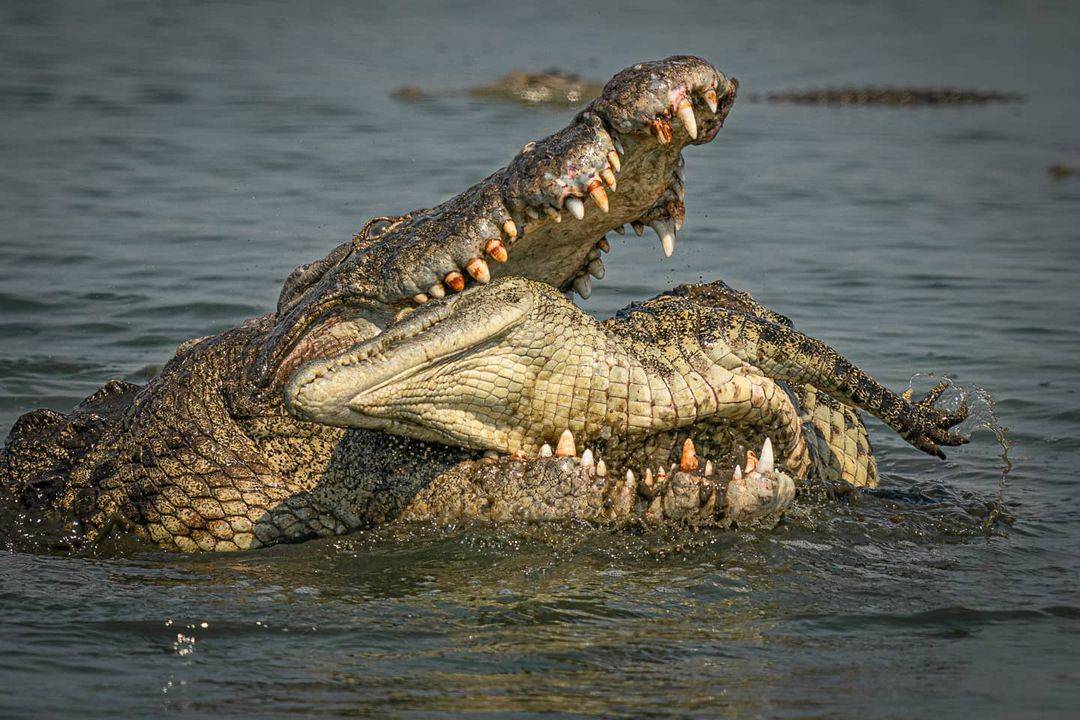 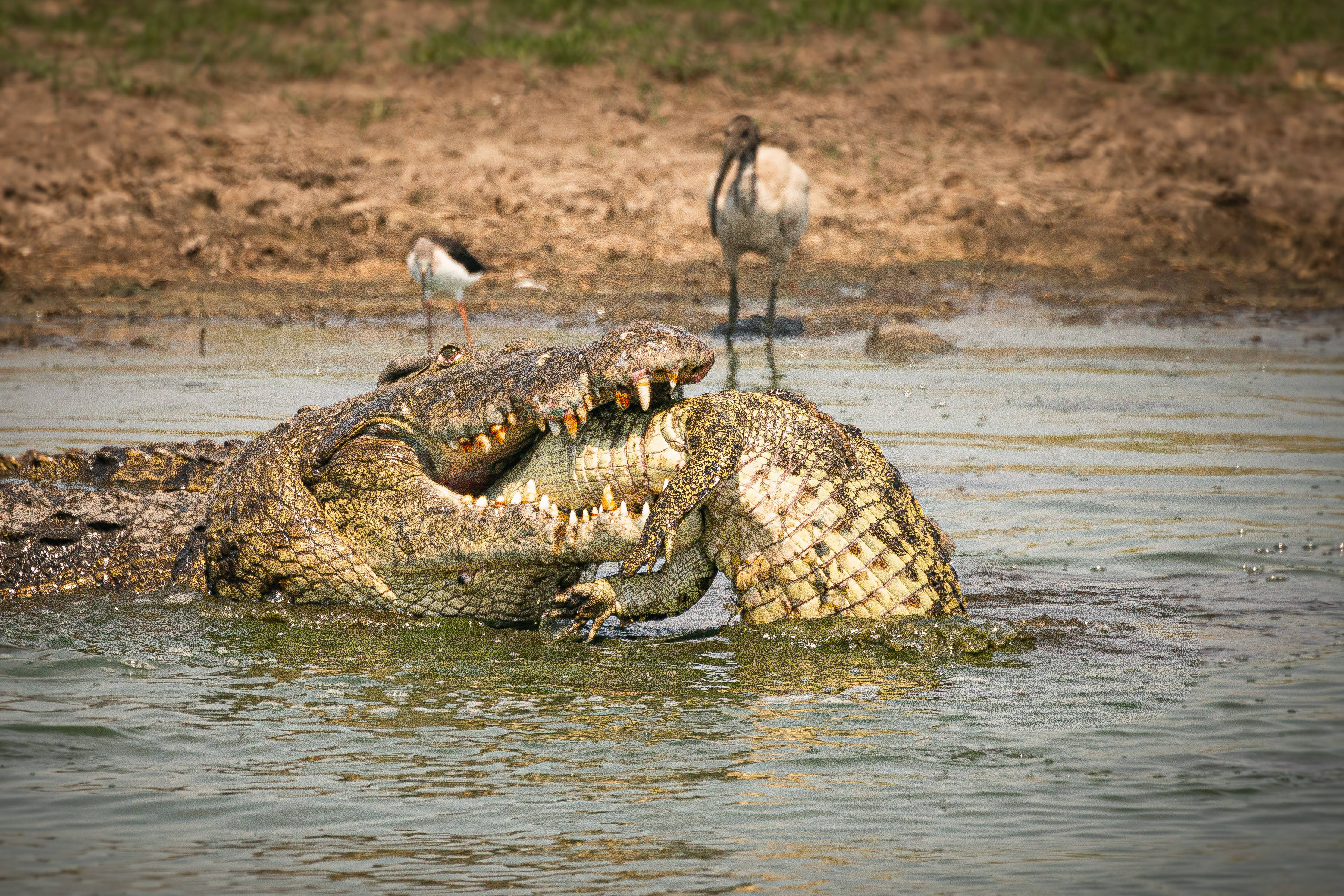 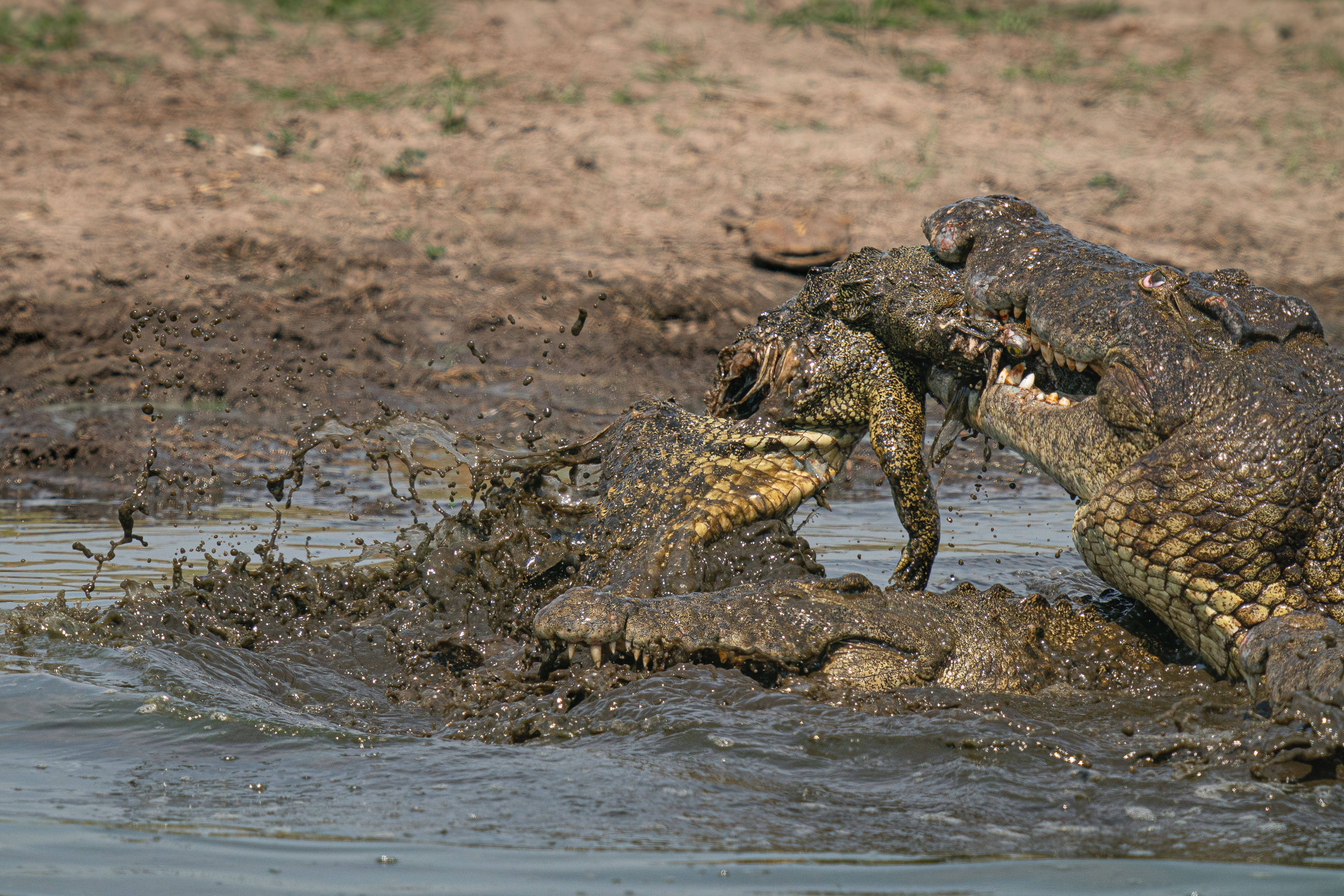 In another, a bask of crocodiles could be seen getting in on the action as they collectively tore the smaller reptile to pieces.

The intense images were taken by wildlife photographer Tim Driman,who captured the horrific attack in the Okavango Delta, Botswana, from 130-feet away.

The victim was an eight-foot long young male, who was estimated to be just 10-years-old.

Tim captured the feeding frenzy using a Sony A9 camera, with a Sony 400m lens and shared the images on his Instagram, @timdriman.

“We saw limbs being torn off and gaping wounds which made the crocodile easier to rip apart. After three hours, the crocodile had been torn to shreds," said Tim.

“Adult crocodile cannibalism is very rarely documented, so I was absolutely elated to have captured these shots – albeit quite disturbing.

"During a severe drought, I always try to get to the nearest water source and on arrival this day, we found a rapidly diminishing waterhole and 64 Nile crocodiles who were lying around.

We saw limbs being torn off and gaping wounds which made the crocodile easier to rip apart. After three hours, the crocodile had been torn to shreds.

“These crocodiles were swimming in the water and there was lots of surface action due to the numerous catfish that were present.

“I knew that it would be a matter of time before we saw some crocodile predation action on the catfish, but then a large male eased himself into the water.

“Everything was calm until he swam up to a crocodile which was half his size and without any warning, opened his jaws and closed them firmly over its head.

'ATTACKED FROM ALL DIRECTIONS'

“Although the victim showed no retaliation or urgent movement, the crocodile then slyly disappeared beneath the water – which is when I knew chaos would erupt.”

Nile crocodiles can live up to 60-years-old and can weigh up to 1,650 pounds at full adult size. They are native to Africa and whilst uncommon, they have been known to become cannibals when they turn territorial.

“I saw a line of bubbles forming on the water and tracked these movements whilst holding my breath as I got ready to capture the moment,” Tim said. 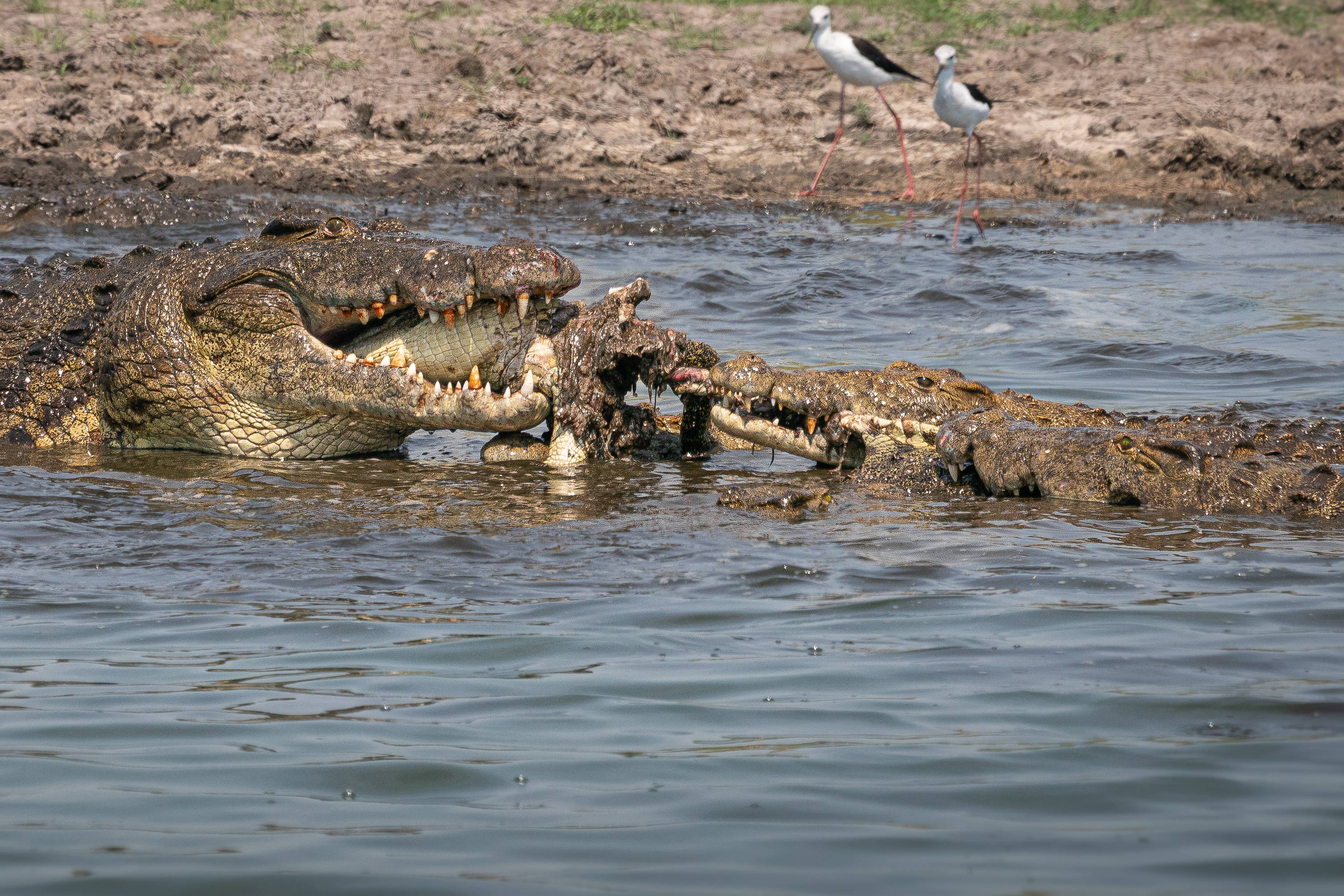 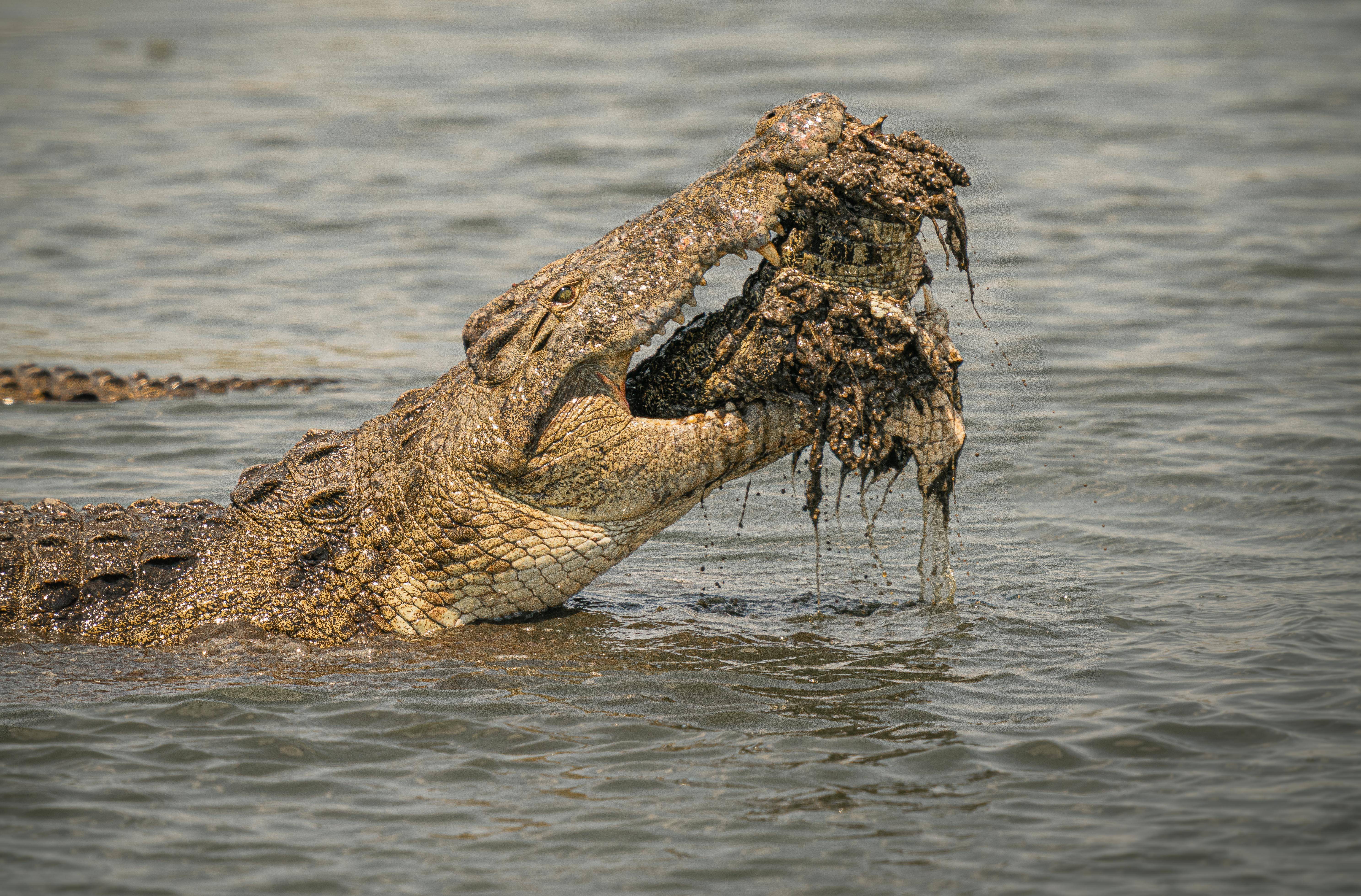 “Suddenly, the water exploded with a huge splash and there were tails flying and thrashing around as the smaller crocodile realised that it was being eaten.

“There were loud roars which attracted other crocodiles in the area and soon, a number of them all converged on the action as they wanted a taste.

“The innocent crocodile was then attacked from all directions where parts of its body were grabbed in an attempt to ‘deathroll’ – which is where a crocodile grabs its victim and spins on the axis of its body until it’s ripped off."