Shocking moment airborne car crashes into another vehicle at Wendy's

‘Nothing short of a miracle that no one was killed’: Car crashes into barrier then goes AIRBORNE and flies into a Wendy’s – narrowly missing family at outside tables

In a shocking moment caught on video, a car went airborne, hitting another vehicle before flying into a nearby Wendy’s and narrowly missing a family sitting at outside tables.

The crash, which occurred in South Brunswick, New Jersey, was during the lunchtime rush at 1 pm August 16, when the fast-food joint was packed with customers inside and outside.

The Toyota Corolla was southbound on Route 130 near Melrich Road, when it hit a berm in front of a Wendy’s.

Surveillance video captured the Corolla rocketing over the parking lot before striking a 2017 Audi waiting in the drive-thru lane.

The footage then cuts to a different angle above the restaurant’s outdoor dining area, where a family was nearly struck while eating.

Both vehicles ultimately hit the building by the outside dining area. 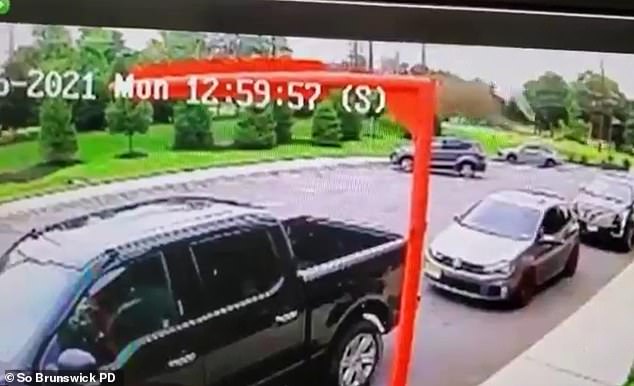 Surveillance video from the Wendy’s in South Brunswick, New Jersey, shows as cars wait in the restaurant’s drive-thru lane 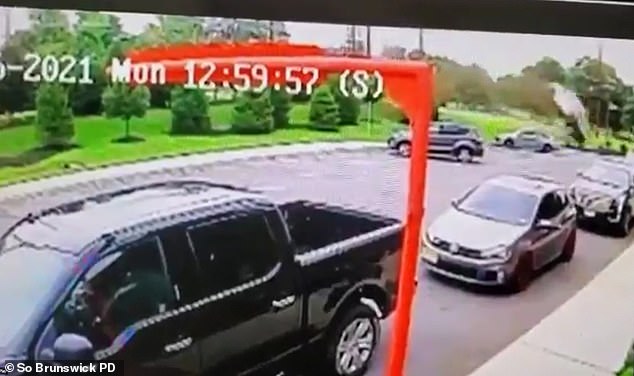 In the back upper-right hand corner, the Corolla can be seen barreling through the air and over the Wendy’s parking lot

A child who was a passenger in the Audi complained of pain and was taken to a nearby hospital. The Monmouth Junction Fire Department was forced to extricate the driver of the Corolla who was transported in stable condition, according to authorities.

ABC 6 reported that an investigation into the crash is ongoing, however police believe the driver of the Corolla likely had a medical episode.

Police said it was a relief no one was seriously hurt, especially considering the lunchtime crowd.

‘This is nothing short of a miracle that no one was seriously injured or killed in this crash,’ South Brunswick Chief Raymond Hayducka told ABC 6.

‘To think it was the middle of the day, people were eating both inside and outside and none of them were injured. The building was damaged to the point it can’t be used but everyone eating was able to walk away.’ 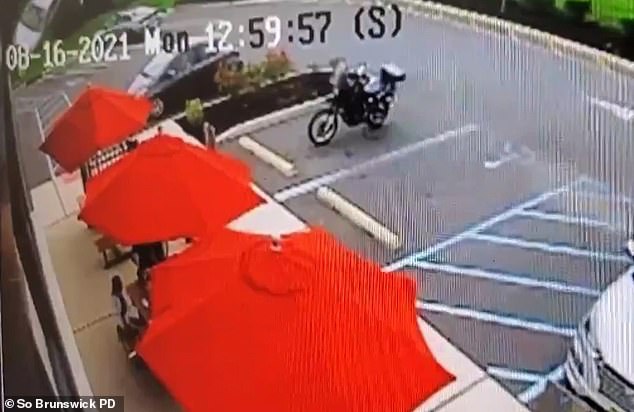 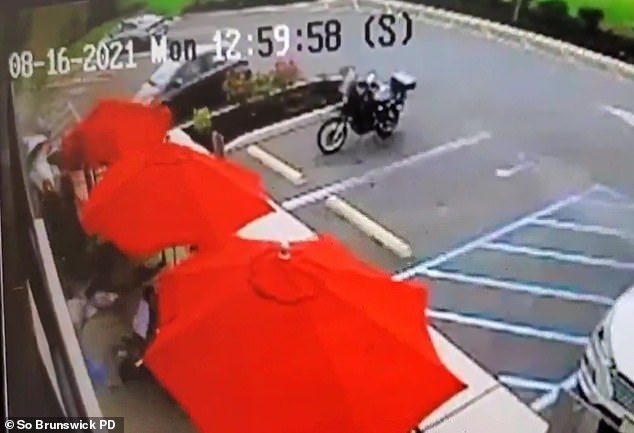 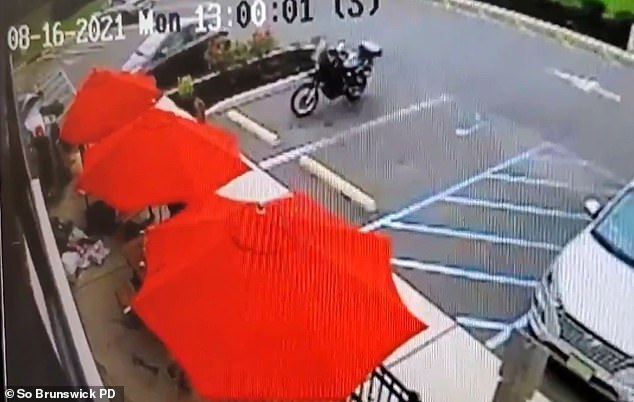 Amazingly, no one was seriously injured or killed, local police said. A child who was a passenger in the Audi did complain of pains and was transported to a nearby hospital

The impact of the wild car crash was so powerful that the restaurant’s windows shattered, leaving the inside littered with broken glass.

Meanwhile, authorities were forced to close the fast food joint as the South Brunswick Building Department examined the structure.