SHOCKING footage has emerged of what appears to be a mother and daughter violently battering each other onto the ground of a housing estate.

The battling pair draw the attention of concerned neighbours and children, including one man armed with a baseball bat who struggles to pull the women apart. 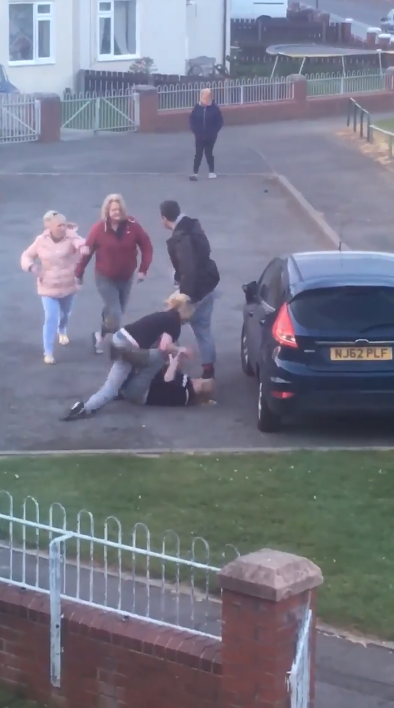 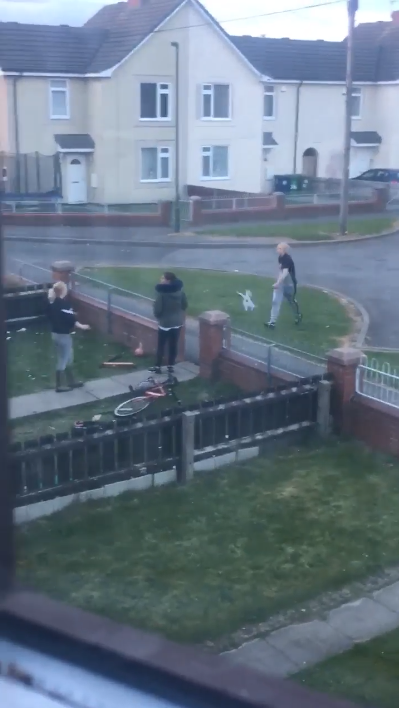 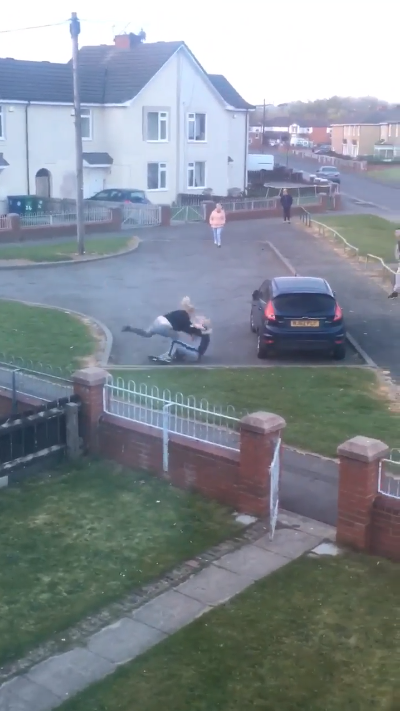 The clip shows a woman wearing grey jogging trousers and a grey t-shirt shouting as she barges into another woman's garden at a Grangetown housing estate in Middlesbrough, North Yorkshire.

The woman, who is seen wearing wellies, finishes her cigarette before shoving a person standing in front of her aside to confront the woman shouting at her.

One of the women shouts: "So what are you gonna do?!"

The pair launch at each other and begin throwing punches.

The woman in wellies knocks the other woman to the ground as she is heard shouting: "Go on Trish.”

She then continues to punch her repeatedly on her head.

An unidentified man approaches the pair and pulls them apart, allowing the woman who was straddled to the ground to hit back.

Another woman wearing a red hoodie appears on the scene and is seen kicking at the woman lying on the ground.

The pair continue to scrap on the ground as someone can be heard saying: “Let them get on with it”.

A crowd begins to gather, including two young children before a man with a baseball bat appears on the scene.

A man is then seen bending down in an apparent attempt to try and break up the fight.

The fight continues onto a footpath before the pair are eventually broken up.

However, the women continue to hurl abuse at each before one is taken into a house and the other taken into a car.

The video was posted to Zara Davison’s Facebook page on September 5 and has since racked up more than 500,000 views and almost 2,000 comments.

Many commenters note their outrage that the scrap took place in front of children.

Emma ‘rosey’ Robertson said: “Disgusting behaviour this in front of kids. Wouldn’t even dare. Not something kids need to see at all!”

Natalie Kristina Tillson-Hill said: “Going on like that in front of kids and everyone’s buzzing, yeah cause that’s really clever.”

Melanie Gibson commented: “And this is the wonderful world we’re living in right there, what chance do the kids have if grown adults are behaving like that.”

Whilst others appear to fascinated with one of the male bystanders who they suggest is wearing a “thong.”

Taking a screengrab of the clip Andrew Simon Cope said: “Wtf is that, is he wearing a thong?”

Michael Currie said: “Is that chap wearing a thong.”

Cleveland Police say they received a report of an ongoing fight, but no crime was reported.

A spokeswoman said: “Police received a report of an on-going fight in the street on Eglington Road in Grangetown at around 11am on Saturday 31st August.

“Officers attended, however, no one came forward with any injuries and no crime has been reported at this time.” 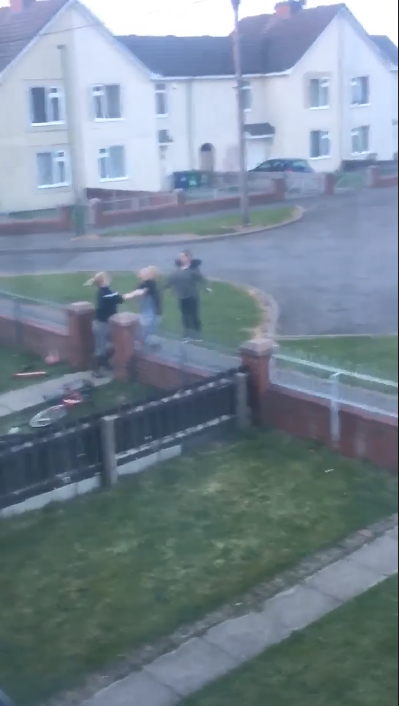 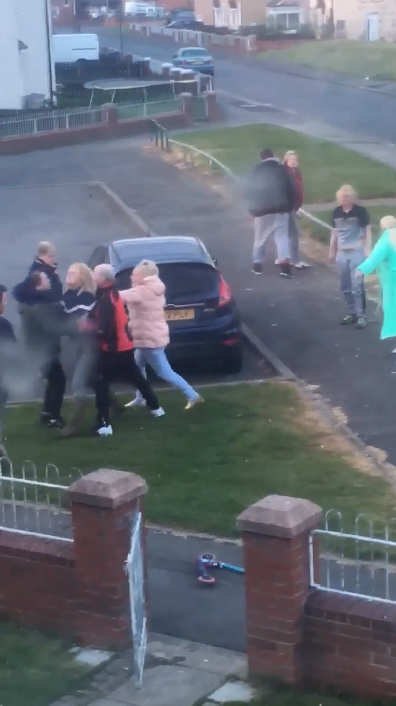 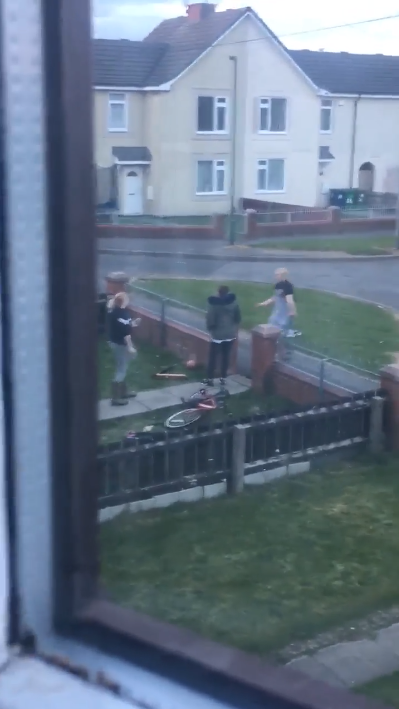