A SICK teacher couple sexually assaulted a teen pupil, 16, and forced her to perform sex acts during a warped two-year "relationship" with her.

Nicodemo Baggetta, 30, and wife Ruth Ann Baggetta, 37, each face up to seven years in prison after being found guilty of abusing the girl in Scranton, Pennsylvania. 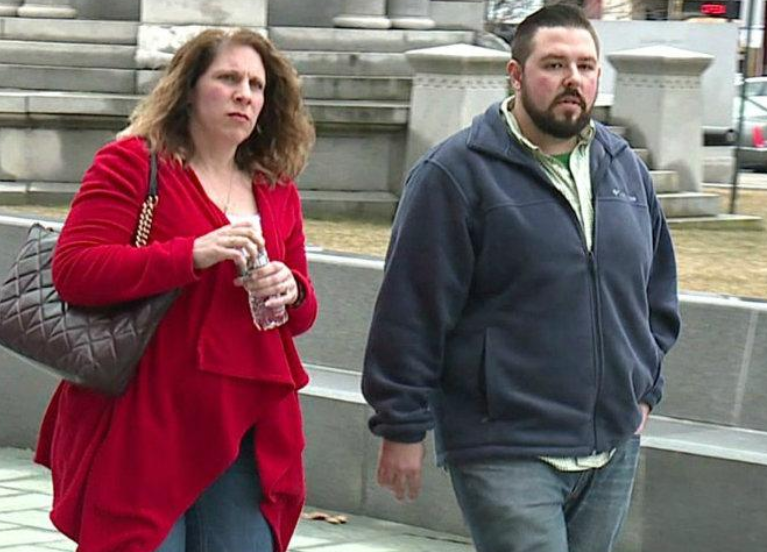 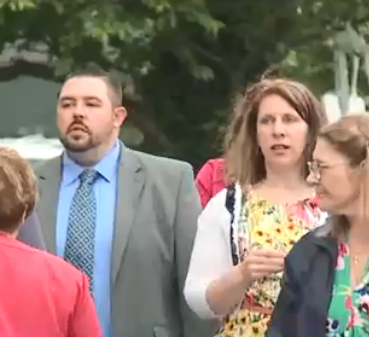 The teen – now 19 – told jurors that Baggetta’s wife not only knew about the ongoing sexual abuse, but encouraged it.

Ruth and the teen – who has not been named – even performed a sex act on the depraved husband together, according to court documents.

Ruth wanted her partner to “get it out of his system” before the couple got hitched, according to an arrest doc seen by the Scranton Times-Tribune.

On Thursday, a jury in Lackawanna County found the couple guilty after deliberating for roughly 90 minutes.

They had heard the teen detailing what she described as a two-year sexual relationship that began when she was just 16, WNEP reports.

"It is clearly unacceptable and I think the jury found that.”

The teen said the sexual relationship ended in December 2017 — at which point the Baggettas were married.

The couple was arrested in March 2018 after a former Lakeland High School student told a therapist that she had been intimate with Nicodemo.

He was working at the time as a special education teacher at Fell Charter School in Simpson, Pennsylvania.

Ruth remains on unpaid suspension as the band director at Lakeland High School, the Times-Tribune reports.

The teen also testified to engaging in specific sex acts with Nicodemo Baggetta.

He and his wife were yesterday led from the courtroom in handcuffs after a judge revoked their bail following their convictions.

The Baggettas previously acknowledged during testimony this week that they allowed the then-sophomore to spend nights at their home.

But they insisted they were trying to help her deal with family issues.

They were found guilty of institutional sexual assault, endangering the welfare of a child, corruption of a minor and furnishing alcohol to a minor.

An attorney for the couple said they intend to appeal their convictions.

They each face up to seven years in prison, although state sentencing guidelines recommend prison terms ranging from three to 12 months. 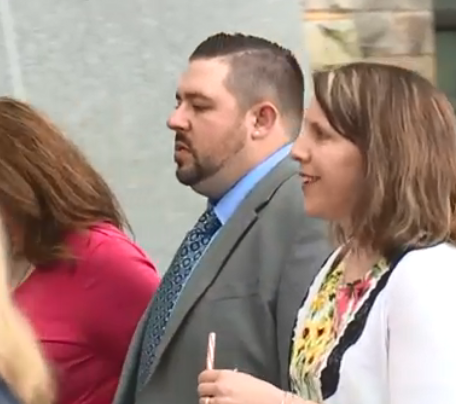