The family of Belize’s murdered police superintendent intends to pursue a wrongful death suit against a socialite who has been charged in his death.

Jasmine Hartin has been held without bail since she was charged with the death of Henry Jemmott, the 42-year-old superintendent of the Belize Police Department, who was found dead in the waters off San Pedro Island.

Jemmott had a single gunshot wound behind his right ear, and an autopsy report determined the cause of death to be a “massive brain hemorrhage” due to a “gunshot wound to the head.” 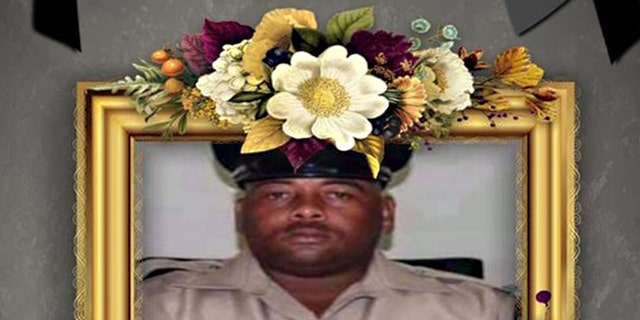 The medical examiner’s findings have prompted Jemmott’s family to file a wrongful death suit against Hartin, an American who is married to the son of businessman Lord Michael Ashcroft, ABC News reported.

The details surrounding Jemmott’s death remain murky at best, but a number of details provide a scandalous picture: Jemmott, a father of five, supposedly told a friend that he was going on a “secret date,” and that he refused to name the woman he was meeting, according to the Evening Standard.

Hartin was seen with blood on her hands, arms and clothing near the pier where Jemmott’s body was found. Police described Hartin as “deeply distressed and shaking.”

Police detained Hartin and charged her with manslaughter by negligence. Hartin remained in jail for eight days after a court initially denied bail; the court reversed its decision Wednesday, allowing Hartin to leave prison on bail of $30,000 BZ, the Guardian reported.

However, Hartin was ordered to surrender her travel documents in order to prevent her from leaving the country until her trial concluded.

Investigators have had a difficult time piecing together the events of the evening.

A woman who had been drinking with Jemmott earlier in the evening said he had complained of marital problems and was taking a holiday. Jemmott then met with Hartin on a pier, where they were confirmed to be alone and drinking.

Hartin initially told police that someone had shot Jemmott from a passing boat, but then supposedly confessed after Belize police threatened to charge her with cocaine possession.

She then provided “a statement under caution,” 7 News Belize reported.

Hartin claimed she had been giving Jemmott a massage when she accidentally shot him while handing him his service pistol.

A guard who responded to the scene suggested that Jemmott had fallen on Hartin after he was shot, and the socialite then pushed his body off of her and into the water.

Police, however, instead investigated the possibility that Hartin and Jemmott had been playing a “pistol game,” a police source told The Times.

Hartin lives in Belize with her family and is the director of lifestyle and experience at Alaia Belize, a boutique resort run by her husband, Andrew Ashcroft.

Some details about Hartin remain unclear: reports remain uncertain whether she is married to Ashcroft or is merely his partner; additionally, some outlets have reported Hartin’s age as 32 while others claim she is 38.

Andrew Ashcroft is the youngest son of Lord Michael Ashcroft, a major donor of the Conservative Party in the United Kingdom and its former deputy chairman.