Teenager, 18, who hacked into Snapchat accounts of seven women including 17-year-old girl and threatened to send nude photos and videos to extort cash is jailed for two years

A ‘callous’ teenager who used nude photos and videos to blackmail the friends of women and girls as young as 17 after hacking into their Snapchat accounts has been jailed for two years.

Jasin Bushi, 18, ‘completely violated’ the victims’ privacy by hacking into the accounts of at least seven women and girls aged 17 to 35 between December 2020 and February last year and changing their passwords to lock them out.

Bushi, of Aldenham Street, Camden posed as the victims and sent messages to their friends asking for around £200 or £300 in rent money so they wouldn’t be kicked out of their home.

When some of the targets realised something wasn’t right and called out the hacker, Bushi, who was 17 at the time, threatened to send naked pictures of the victim he was posing as to all their contacts unless they paid money into his PayPal account. 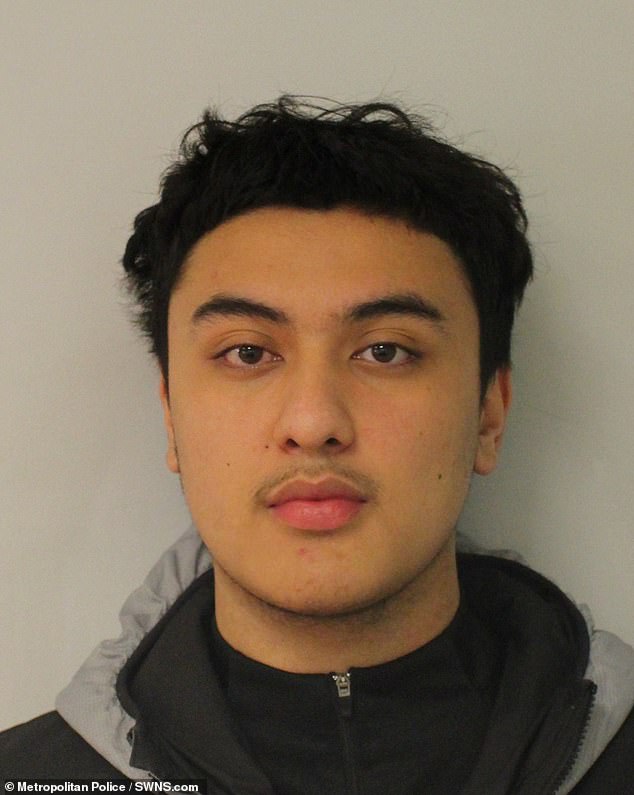 Jasin Bushi (pictured), 18, of Camden, was sentenced to two years in prison after pleading guilty to three counts of blackmail and fraud by false representation at Wood Green Crown Court 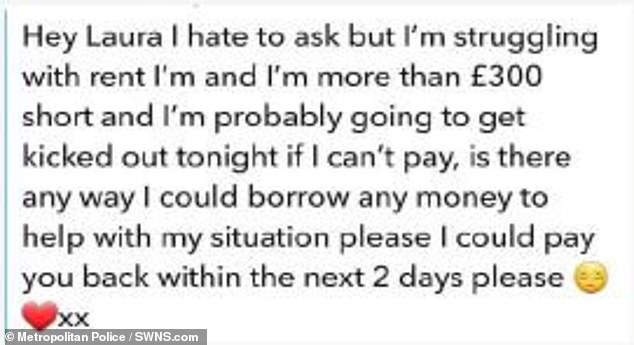 The court heard that between December 2020 and February 2021, Bushi, who was 17 at the time, hacked into seven women’s Snapchat accounts, posed as the victim and messaged their friends. Pictured: An example of his messages

Intimate pictures and videos of victims were posted publicly on numerous occasions and were seen by the victims’ family, friends and colleagues.

Bushi denied actually posting them, and that was accepted by the Judge.

Police from the Met’s Cyber Crime Unit first got involved in May 2021.

They linked Bushi to the fake accounts through two mobile numbers that he was using.

When officers searched his home address in Camden, north London, they found on his phone some of the victims’ compromised personal banking details, emails and passwords and a note that read: ‘Hey, I’m struggling with rent.

‘I’m literally short and I’m probably going to get kicked out if I can’t pay. I’ll pay back on Monday.’

One victim, whose friends, family and colleagues saw the posts, said she suffered a variety of negative psychological consequences since the hacking.

She said she has felt humiliation and shame when she has had to face her family, has withdrawn socially at work and thinks her staff have lost respect for her.

She added: ‘Snapchat was a social media platform where I had years of stored treasured memories of photos and videos of my child, and I now feel nauseated using the app.

‘I had a friend who, thinking she was helping me, lost a significant amount of money due to this incident and I feel indebted to her.

‘I was fortunate enough to not be physically injured by this incident, but the long-lasting psychological effects impact me every day, and I feel that this is likely to be the case for a long time in the future.’

Another victim found out about private intimate images of her being posted in Snapchat while she was at work after her colleagues informed her.

She said: ‘I felt embarrassed, I left the office straight away in tears and had a few days off work because I felt I couldn’t face the people who have seen those private images.

‘The feeling still haunts me now of when I first saw those photos on my public story, I would never wish that feeling upon anyone.’ 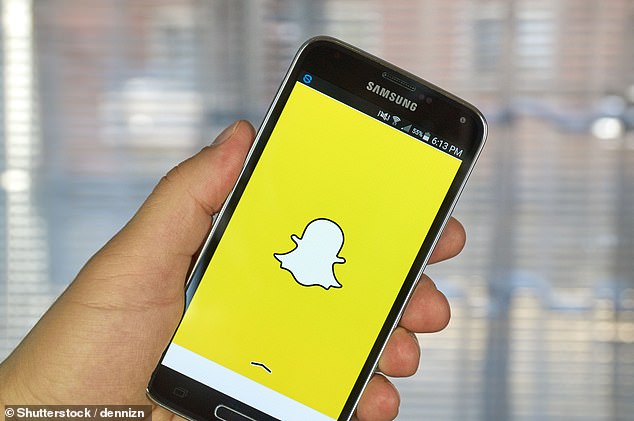 ‘Snapchat was a social media platform where I had years of stored treasured memories of photos and videos of my child, and I now feel nauseated using the app,’ said one of Bushi’s victims

Bushi pleaded guilty at Wood Green Crown Court to unauthorised access to a computer to facilitate the commission of an offence, fraud by false representation, possession of articles used in fraud and three counts of blackmail.

He pleaded not guilty to three counts of disclosing private sexual photographs or films, with intent to cause distress, but those charges were left to lie on file.

Detective Constable Ed Sehmer, investigating officer from the Met’s Cyber Crime Unit, said: ‘Bushi completely violated the victims’ privacy all in an attempt to make a quick bit of cash.

‘When his deception did not work, he resorted to blackmail. He is extremely cruel, callous and it was absolutely devastating for the victims who had their intimate images publicly posted.

‘I’d like to thank the victims for courageously helping us with our investigation and I hope Bushi’s conviction offers them a small measure of comfort.

‘This crime type often goes underreported as victims can often feel shame or embarrassment. There is nothing to feel ashamed about.

‘I urge anyone to come forward and report to the police if this has happened to you. We will fully support you and treat you with sensitivity and dignity.’ 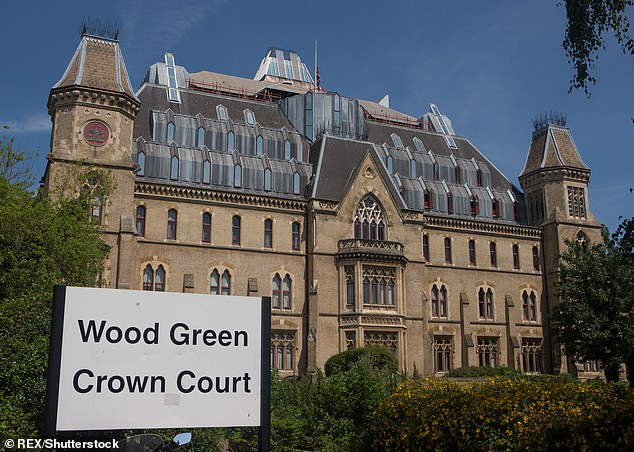 The court heard that Bushi was not phased by the friends’ concerns of the legitimacy of his requests, and promptly admitted to not being the victim, but stated if money is not sent to the requested PayPal account he will send nude pictures of the victim to all their contacts. Pictured: Wood Green Crown Court (file image)

Andrea Simon, Director of the End Violence Against Women Coalition, told MailOnline: ‘This alarming case highlights the multiple ways women and girls can be targeted online and is becoming concerningly common.

‘Women are 27 times more likely than men to face harassment and abuse online and the threat of image-based sexual abuse has far greater consequences for women and girls, due to the unequal standards and expectations society holds us to.

‘Perpetrators can use technology to carry out abuse such as stalking and domestic abuse, but online spaces are also creating a context for new ways to harass and abuse women, including through non-consensual sharing of intimate images, doxxing, cyberflashing, nudification apps and other harms.

‘We’re calling for tech companies to have to comply with a code of practice on violence against women and girls, so they can be held to account for facilitating abuse they ultimately profit from.

‘The government has an opportunity to do this in the Online Safety Bill, but so far has failed to address online violence against women and girls in a comprehensive way which would make the internet a safer space for women and girls.’

A spokesperson for Snapchat said in a statement to MailOnline: ‘Our hearts go out to the victims of these crimes. Using Snapchat to blackmail someone, send nudes or sexually explicit content is against our rules – no matter how old they are.

‘If we become aware of any sexual content involving minors we immediately remove it and report it to the authorities, whether it’s identified through our detection technology or reported to us through our in-app reporting.’

They also added that Snapchat has been ‘built to be private’ and ‘safe for younger users’ as account holders need to accept a friend request before they can exchange messages or send pictures.

‘We also have measures in place to help protect against hacking and encourage people to set up two-factor authentication to keep their accounts secure,’ the spokesperson said.