Soldier accused of stabbing prostitute, 21, is 'living in England'

British soldier accused of fatally stabbing Kenyan prostitute, 21, and dumping her in septic tank is ‘living in England’ as witnesses who were with him that night have ‘still not been interviewed by the Army’

Investigators into the stabbing of a Kenyan prostitute who was dumped in a septic tank have not interviewed key witnesses or arrested the alleged suspect, a British soldier, it’s emerged.

Agnes Wanjiru, 21, was last seen alive with British troops at a hotel in Nanyuki in March 2012 before her mutilated body was found three months later near an army base.

General Mark Carleton-Smith, then head of the army, said in October 2021 he was ‘determined’ to support Kenyan local authorities to ‘establish the facts as quickly as possible’.

But eight months on accused murderer Soldier X – who has been reportedly been named by fellow troops after he allegedly confessed to the killing – is said to be free and living in the south of England.

Soldiers who took part in the drunken and debauched night of group sex with local prostitutes said they were shown her body that evening by her alleged killer, it has previously been reported.

But key witnesses who were there on the night of Agnes’ death, The Sunday Times reported today, have not been spoken to by military police.

There has also not been an investigation into eight service men – including Soldier X – ‘laughing and joking on Facebook’ about the mother-of-one’s death, the paper reported. 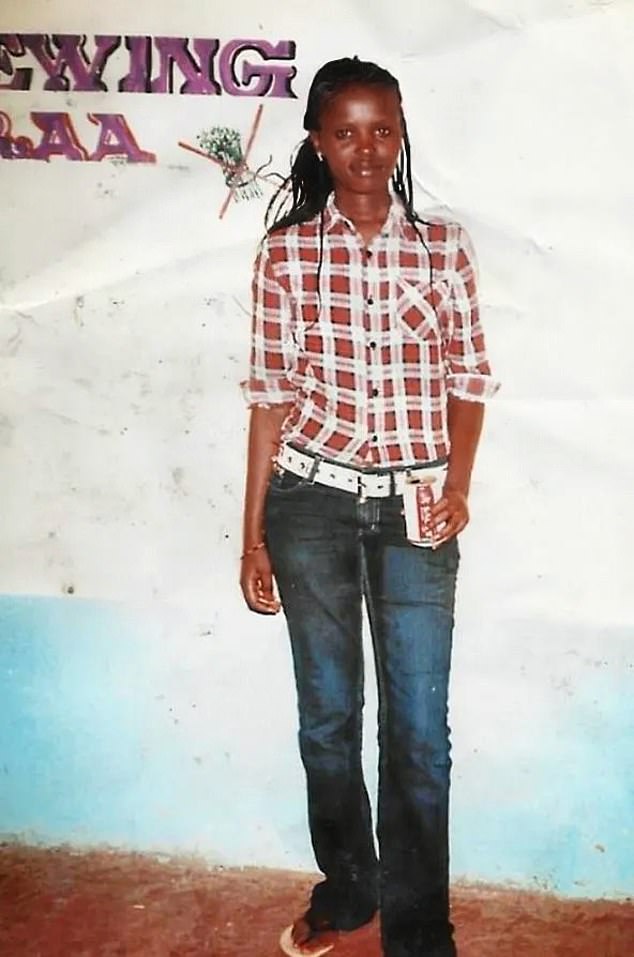 Agnes Wanjiru (pictured), 21, a mother-of-one, was last seen alive with British troops at a hotel in Nanyuki in March 2012 before her mutilated body was found three months later near an army base

Last November, Kenyan police reopened their investigation into the murder of the young mother who was last seen with a British soldier at Lion’s Court Lodge.

Agnes’ body lay in the tank for two months before it was discovered, by which time the British troops had long since departed Kenya.

The UK sends six infantry battalions a year for eight-week exercises to the nearby Nanyuki army base.

The sex worker’s family has been pushing for answers and claims British and Kenyan authorities have staged a cover-up to maintain diplomatic relations.

Members of Soldier X’s regiment allege the name of her killer was an open secret, with five different soldiers identifying the same person to the Sunday Times.

But the British Army has never held an inquiry and none of those present on the night have been questioned by superiors.

An inquest was held in Kenya in 2019 in which a judge ruled the mother was ‘murdered by British soldiers’ but no subsequent action was taken by the army while police investigations has been opened by authorities in the Africa country.

The Minister of Defence (MoD) claims it cannot investigate as under a treaty with Kenya it must allow police there to do their job.

Soldier Y – who is also also from the Duke of Lancaster Regiment – told Lancashire police in October that the alleged murderer had shown him Agnes’ body.

Sources at the MoD said last year Royal Military Police would interview Soldier Y for the Kenyan authorities but last week the MoD could not say whether this had taken place.

Another solider, was there that night, told the Times today: ‘If I was conducting any investigation into a crime of this magnitude, these eight people [known to be there on the night] would be my priority.

‘So for them not to even contact me is wrong. I know I can’t help the case much, but it’s extremely odd that they haven’t even so much as phoned me.’

The Sunday Times also doorstepped the alleged killer – Solider X – at his home last week who told their reporter: ‘Go away, go away, mate, go away.’

He said at 3am on the night Agnes was killed he saw three soldiers in an ‘extreme hurry to leave’.

‘I went to the room they had occupied and found it in a mess. The door had four glass panes; all were smashed and scattered on the floor,’ he added. ‘The messiness was a sign that people were fighting inside.’

Soldier Y recalled last year Soldier X bursting into the bar where the other soldiers were partying and appeared visibly distressed, saying: ‘Help me, help me…. I’ve killed her’.

He then escorted a group of them to the septic tank behind one of the hotel’s lodges where he opened the lid and showed the young mother’s body.

Soldier Y says he returned to the bar and told others about what he’d seen before the evening was cut short by RMP who turned up and scolded the soldiers for sneaking out of their base.

He claims that when he returned to camp, he told senior officers about what had happened at the hotel while Soldier X remained silent.

But no action was taken and neither he nor others present at the hotel were ever questioned by the army, he says.

He said last year: ‘Everyone. All the lads, all the senior command that were there. I went to higher up, hierarchy, people that should have dealt with it. I got called a liar. They basically just said, ‘Shut up and get out.”

Another in the regiment, Soldier Z, said Soldier X told colleagues he had killed Agnes by accident during sex after choking her.

The belief that it was an accident may have led to other soldiers keeping quiet about the incident because of the ‘code of silence’ in the army.

It later transpired that Agnes had been stabbed to death, and she also suffered blunt force injury to her chest and her lungs had collapsed.

Soldier Z said: ‘We thought she choked during sex, that it was an accident. That’s completely different from stabbing someone to death and putting them in a septic tank.’

Six days after Agnes’ disappearance, the regiment returned to the UK and rumours started to spread about the killing.

The regiment was then deployed to Afghanistan, with the killer’s identity then common knowledge.

Confidential documents seen by The Sunday Times show four witnesses told the original Kenyan police investigation in 2012 that Agnes left the bar with a British soldier and went to his room.

Nanyuki is heavily dependent on the income from British soldiers based at the Nyati Barracks and sex work is very common.

Girls can earn a week’s salary, around £30, for sleeping with a soldier, but others charge much less.

At the time, Agnes was trying to support her baby while living with her sister in a single room in the Majengo ghetto.

A soldier says he remembers around 60 fellow military people dancing with around 40 local sex workers on the night of her disappearance.

A friend waited for Agnes until 3am but eventually went home after she didn’t return.

A night guard at the hotel said he had escorted Agnes and a soldier to his room and saw them enter, but they seemed to be getting on well and he was not concerned for her safety. 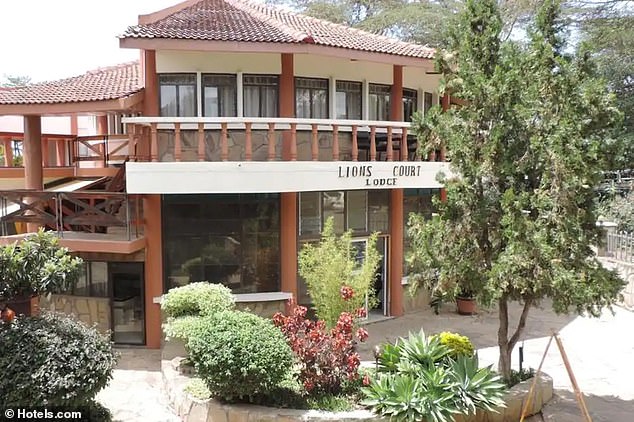 The naked body of mother-of-one Ms Wanjiru was found in a septic tank at the Lions Court Inn hotel (pictured) in the village of Nanyuki, central Kenya, two months after her disappearance

But a night porter added he heard a ‘fierce fight’ in the hotel room used by the soldier and Agnes, and believed there was more than one soldier in the room at the time.

Hotel logs identified nine soldiers who had checked in that day, paying £13-£20 each, and they all checked out the next day.

Two of the rooms were adjacent to the septic tank where the mother-of-one was found.

But forensics were hampered by the delay to the discovery of her body and the room she had been in had been repeatedly cleaned.

A member of the Duke of Lancaster’s Regiment, the same regiment Soldier X reportedly served in, also posted two photos of the Lions Court Hotel on Facebook joking about Agnes’ death, it emerged in October.

The pictures included the caption ‘If you know, you know’ with a crying with laughter emoji.

A number of soldiers responded to the post with one posting a ghost emoji while another posted the words ‘sceptic tank’.

Soldier X posted an emoji of an angel. Other soldiers then responded with crying-laughing emojis, followed by a cartoon of a baby crying at a funeral from TV show Family Guy. 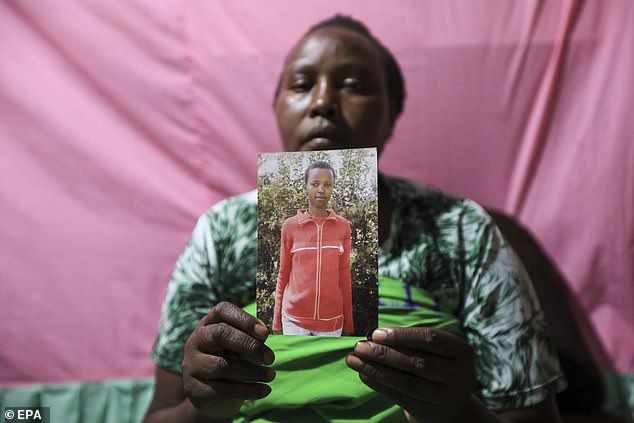 Rose Wanyua (C) sister to Agnes Wanjiru who is said to have been killed by a British soldier, shows journalists pictures of her sister at her home in Majengo Slums in Nanyuki in Kenya

One member then asked Soldier X if he gets ‘all choked up thinking about that place’ – an apparent reference to allegations he killed Agnes by choking her during sex.

He said: ‘Come to think of it I have had a sore throat today.’

He previously told the newspaper ‘rumours’ had been going round that he was responsible that ‘bordered on bullying’.

This post has also reportedly not led to an investigation eight months on, the Sunday Times reported.

An MoD spokesman told the Sunday Times today: ‘We fully appreciate the seriousness and importance of this case, over which the Kenyan police have jurisdiction.

‘We are working on the appropriate legal arrangements to underpin our co-operation with their investigation.

‘We have had several meetings to discuss our support to them and, where appropriate, Royal Military Police have undertaken actions on behalf of Kenyan police.’

Tessa Gregory, of the firm Leigh Day, who represents the family has issued the government with a pre-action protocol letter.

She said: ‘As soon as credible allegations arose that British soldiers were implicated in Agnes’s murder, the Ministry of Defence had to consider whether those individuals posed a risk to others and whether they should continue to serve in the armed forces.

‘A failure to investigate the soldiers’ involvement was and remains irrational.’ 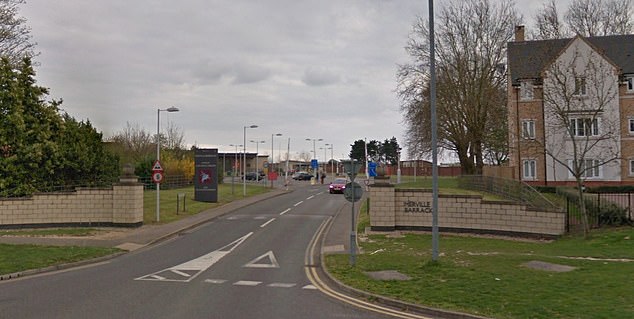 Mr Wallace, who is also looking into the incident, said, The Times, reported: ‘It makes me think that the army has still not moved forward from 30 years ago.’

The 52-year-old army veteran added: ‘I’m uneasy because there are lots of issues. The massive power imbalance, even if it was consensual. The culture — what does it say to a future woman who wanted to join the army? And security.’

The woman had been smuggled into Merville Barracks in Colchester, Essex, and one soldier was even seen saluting as his friend had sex with the woman.

The army have since banned the 3rd Battalion of the Parachute Regiment from going to Kosovo for a training exercise.

The soldiers – who had the women visit their base up to 31 times – have also been told to take STD tests, the Sun said.

An Army spokesperson said on Friday: ‘There will be no impact to Army operational outputs. Another Unit will deploy to the Balkans as part of NATO’s operational rehearsal for its Strategic Response Force.’

‘The Army expects the highest standards of behaviour from all their personnel.

‘Anyone not maintaining these standards will be investigated and appropriate action will be taken against them.

‘The Army is clear that all forms of unacceptable behaviour, including those of a sexual nature, have no place in an inclusive and respectful Armed Forces.’