Home » ‘Something’s better than nothing’: Victorians react to the state budget

Everyday Victorians have responded to the Victorian budget, handed down by Treasurer Tim Pallas on Thursday that will overhaul the mental health system, get the CBD back on track and cut back on elective surgery waitlists.

Here’s how Victorians have reacted. 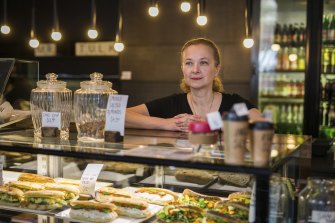 Mr Tulk Cafe co-owner Maria Togias, who was hoping for spending on the CBD.Credit:Paul Jeffers

After a year surviving through COVID, just, Michael and Maria Togias say now is the time for the state government to rebuild trust in the safety of the CBD.

The co-owners of cafe Mr Tulk, beside the State Library, wanted more incentives to get people from the regions into Melbourne’s city centre and for a big spend across hospitality, retail and the arts.

Mr Togias was thrilled the government plans to pump $107 million rejuvenating the city, including spending $7 million on dining vouchers.

“That sounds very good to me,” Mr Togias said on Thursday afternoon, pointing out that Melbourne’s art scene, pubs, cafes, bars and shops all depended on one another in the CBD.

“We need everything to be strong … for Melbourne to stay the most liveable city in the world that everyone wants to visit.”

Asked whether the investment was enough, he said “something’s better than nothing”. 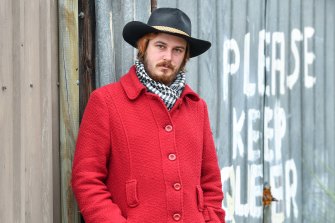 Noon Beecher is on the disability support pension, and gave qualified support for the mental health investment.Credit:Joe Armao

West Footscray man Noon Beecher, who is on a disability support pension, welcomed the major $3.8 billion investment to overhaul the mental health system.

But Mr Beecher, who hosts the Auspol Snackpod political podcast, wanted to more investment to stop the root-causes of mental health problems rather than help only for those struggling. “That’s great but it’s also misguided in [that] it’s dealing with a problem after the horse has bolted.”

He said the affordability of mental health and dental services were his biggest concerns, having recently cancelled multiple medical appointments that he could not afford to go to. 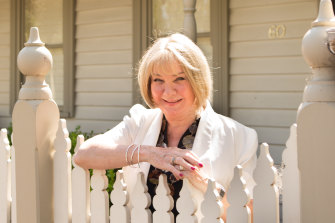 Gayle Roberts in front of her former home in Port Melbourne, which she sold just before COVID-19 shut down Australia.Credit:Simon Schluter

Retiree Gayle Roberts has been renting out her apartment in Docklands overlooking the Yarra River while she caravans in Queensland for six months.

She was planning on buying a new apartment in Port Melbourne with her husband but feels deterred by the proposal to increase stamp duty on properties that sell for more than $2 million. “Not that we’d go that high anyway,” Ms Roberts said.

But she believes the policy would still impact the market as a whole, including by shaking confidence or increasing competition for properties valued below the cap. 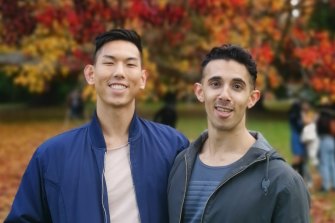 Kevin Chai and Andre Rodrigues have started looking for a family home in the inner-west, but may be forced to keep renting for another year because the current Victorian housing market is so “horrendous”.

Mr Chai said the government push to get the CBD bustling again — by waiving stamp duty for new apartments in the City of Melbourne, valued below $1 million, that have sat on the market for more than a year — would do nothing for first-home buyers trying to set themselves up to start a family.

“I would like a piece of land, a townhouse, that gives a more stable, long-term prospect for something I would hold onto for the next 10 years,” Mr Chai said. But a house was probably out of reach, “to not be in debt for the rest of our lives and cry blood every time we go home”.

Mr Chai said they had been particularly hampered by the “huge hurdle” of stamp duty, and wanted to see it made into a long-term tax rather than enormous lump-sum payments. 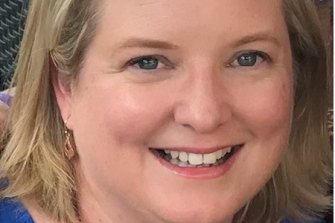 Rebecca Weir, who has led nursing units in northern Victoria, said the government seemed to be putting health funds where they were needed.

“They’ve probably put the money where it needs to be. The trick now will be in the detail,” Ms Weir said.

She said $1.4 billion for elective surgeries in particular was necessary to resolve a backlog after COVID-19, but it was not yet clear if the investment would be enough.

“Hospitals are full. They’re going to continue to get full, and if we turn the tap on for elective surgery, that’s only going to cause issues within emergency departments because there’s no beds available.

“Hospitals would have already been struggling with their waitlists prior to COVID.”

Ms Weir said the sector appreciated the pause on non-urgent elective surgeries, which gave them an opportunity to prepare for COVID-19 to hit, but that delays would make peoples conditions worse.