Cat attack! Freaked-out feline slashes owner’s face with its claws when she startles the pet by climbing out of a suitcase

This is the terrifying moment a pet cat clawed at its owners face in a frenzied attack when she tried to hide in a suitcase.

Anna Colarusso, 21, from Lagrangeville, New York, was left with bloody gashes on her face after cat Sam sliced her face with his claws.

The seven-year-old feline pounced on the kennel worker after being startled when she popped out of the case. 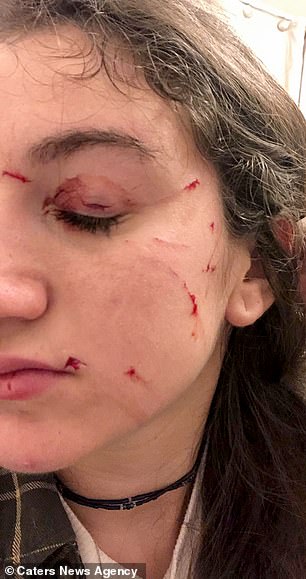 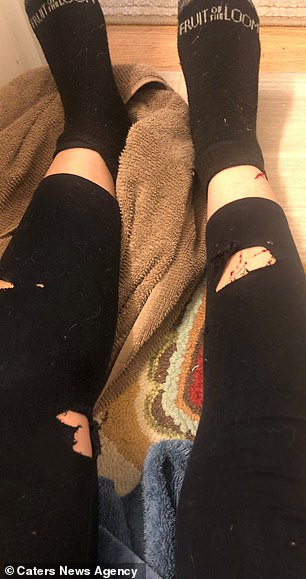 Anna Colarusso, 21, from Lagrangeville, New York, was left with bloody gashes on her face (left) and ripped leggings after her pet cat sliced her face with his claws

He stalked her around the living room for nearly a full minute, hissing and clawing at her as she screamed and tried to defend herself.

Ms Colarusso said she tried to get in the case to prove to her boyfriend she could fit inside.

She said: ‘I was in the suitcase because I’m 5ft-tall so my boyfriend wanted to see if I could fit in. Sam then got startled by me popping out of the suitcase.

‘I think he was scared as hell and felt threatened, which is understandable, he had never ever attacked me like this.’ 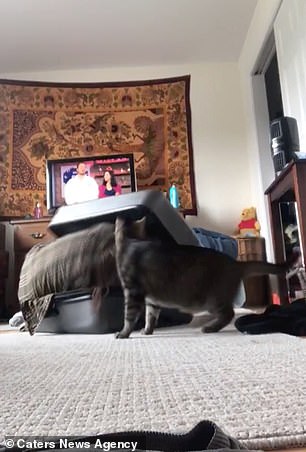 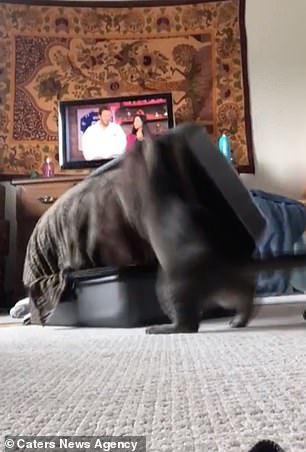 The seven-year-old feline, named Sam, walked into the living room when the kennel worker was hiding in the case (left). He pounced on her after being startled when she popped out (right) 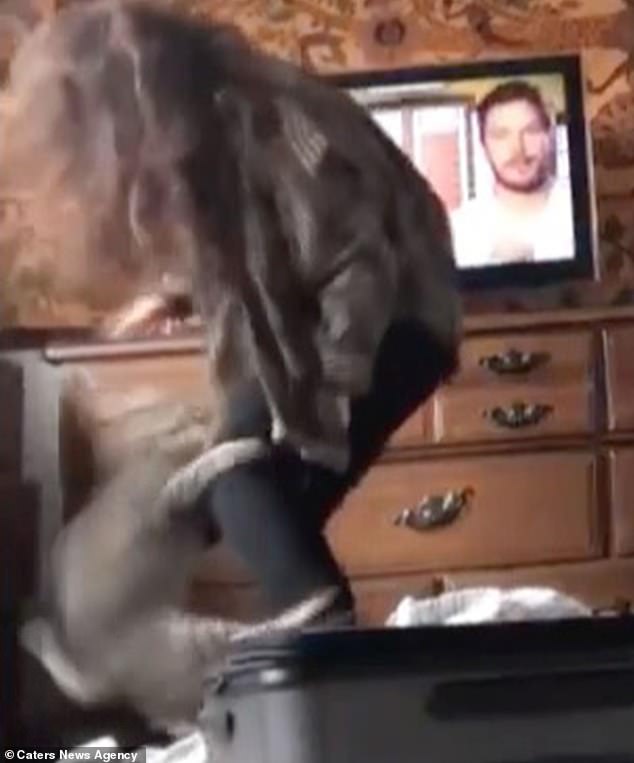 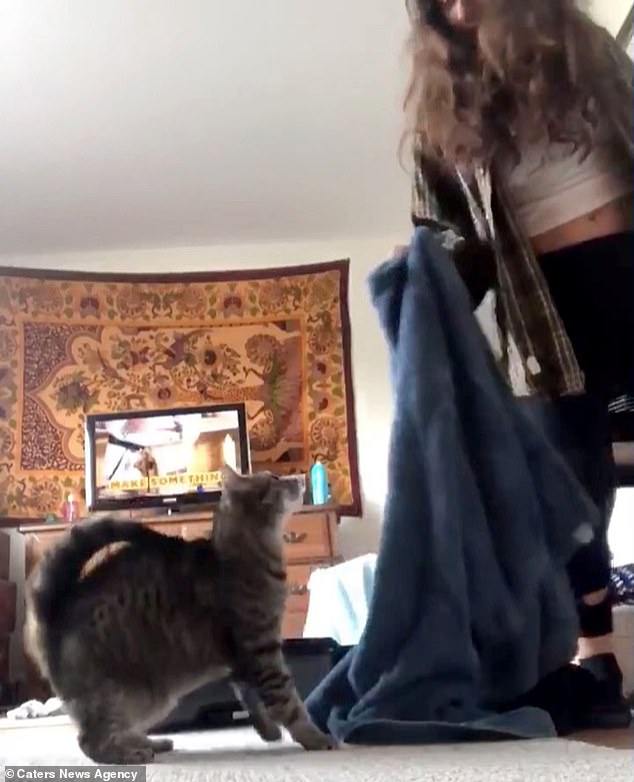 The cat then stalked his owner around the room for nearly a full minute, hissing and clawing at her as she screamed for help 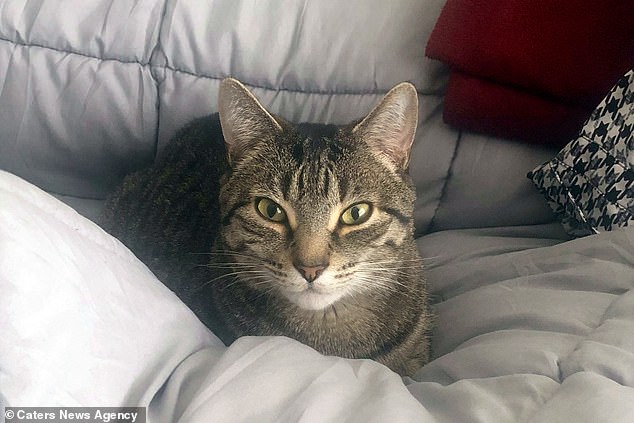 Ms Colarusso posted the video on Twitter, where it attracted more than 150,000 views.

She added: ‘I was shook and so was my mom and brother, but the cat calmed down and slept with me on that same night.’