Victoria is on track to meet government targets for reopening the state, epidemiologists say, but they warn reopening too soon would increase the chances of a third wave.

The state recorded just five new cases on Monday, while the 14-day average fell to 20.9, the trigger for the government's step-two reopening target.

Doherty Institute epidemiology director Professor Jodie McVernon said Victorians should be congratulated for their efforts in bringing down the daily rate.

"We are definitely where we would wish to be having put these measures in place,” she said. 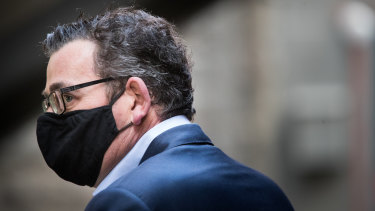 Daniel Andrews has been criticised for failing to consult more widely on Victoria’s pandemic response.Credit:Jason South

“But I think we all recognise it’s going to be very challenging to put out some of these embers.”

Reaching the third step, which would allow shops to open storefronts and cafes and restaurants to seat diners, requires the state to hold the rolling average below five new cases a day.

University of Melbourne senior research fellow Jason Thompson said the state was on target to meet the case thresholds as set out in the road map ahead of time.

"This should be cause for humble celebration,” said Dr Thompson, a co-author of one of the models informing the state government's road map.

Epidemiologists urged a focus on the 14-day-average, rather than the daily total, which is more subject to random variation.

It was also unlikely testing teams were picking up 100 per cent of all cases.

Models being used by the Victorian government show a significant probability of resurgence if the state lowered its restrictions now.

This is in part because of the nature of how COVID-19 spreads – in superspreader clusters, which Professor McVernon described as "explosive". 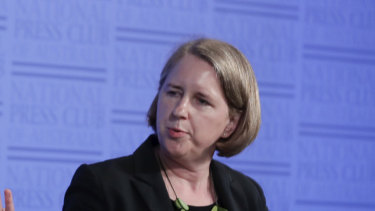 Not all infected people pass the virus on, but a small group give it to a large number of people in superspreading events.

This means the virus will tend to just bubble along until a superspreading event happens.

Dr Thompson said: “You might successfully manage it with micro-policies and adjustments for a time, but eventually your luck runs out.”

If one superspreading event happens, and then one of the infected people is also a superspreader, cases can take off rapidly. The more people with the virus, the higher the chances of “multiple times where you have the chance event in the wrong direction”, said Professor Hellard, lead author of the Burnet Institute’s modelling.

A model built by the Burnet Institute and funded by the Victorian government considered two scenarios: the state dropping restrictions back to ‘COVID-normal’ on September 14 or 28.

Even assuming high levels of contact-tracing performance, if restrictions were eased on September 14, there was an 86 per cent chance cases would rise to 100 a day within a month. If the state waited another two weeks, that number fell to 41 per cent.

The model did not look at the chance of resurgence if the state continued to follow the government’s road map.

A separate model, built by the University of Melbourne and initially relied on to design the road map, came to similar conclusions. Moving from stage 3 to stage 2 at 25 cases a day gave the state a 62 per cent chance of relapse.

Moving when the state reaches just five cases a day lowers the chance of relapse to just 3 per cent.

Since the start of the pandemic in March, Victoria has only been able to hold the 14-day rolling average below five for seven consecutive days in May.

"Our models reflect the reality that this virus is extremely difficult to contain without extremely well-targeted interventions and a good dose of luck," said Dr Thompson