An ill-fated car thief was left trapped inside the BMW he was trying to steal when the owner of the vehicle locked him inside.

Scott Hunt, 45, was in the midst of stealing the parked in a residential street in Bournemouth, Dorset, when the owner spotted him from the window and decided to stop him in his tracks during the early hours of the morning.

The owner immediately used their electronic car key to active the car’s deadlock system, which prevented Hunt from opening the vehicle door from the inside, before calling the police. 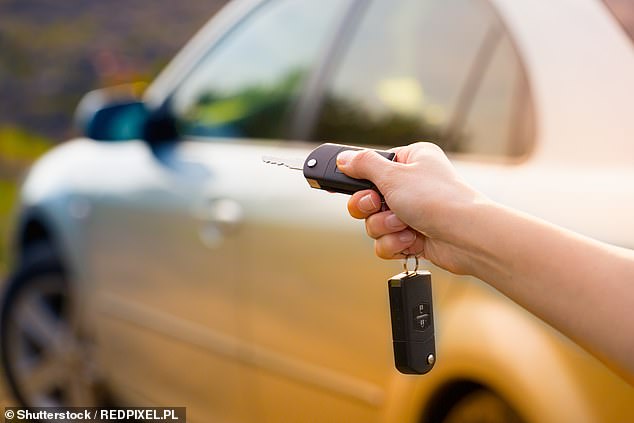 The owner of the parked BMW, in Bournemouth, Dorset, spotted the car thief inside his vehicle and locked him inside using his electronic remote. (Stock image)

As police arrived to the scene they soon discovered that the blundering criminal, who was left helplessly waiting for officers to arrive, was in the possession of a satellite navigation system that they had stolen from another vehicle.

A Dorset Police spokesman confirmed that they had received a report at 4.10am of an attempted theft in progress involving a car.

The spokesman added that officers attended shortly afterwards and found the offender was still inside the vehicle.

During the hearing,  the court heard how Hunt had lost £300 the day earlier on fruit machines and had decided to break into the cars in an attempt to acquire more money. 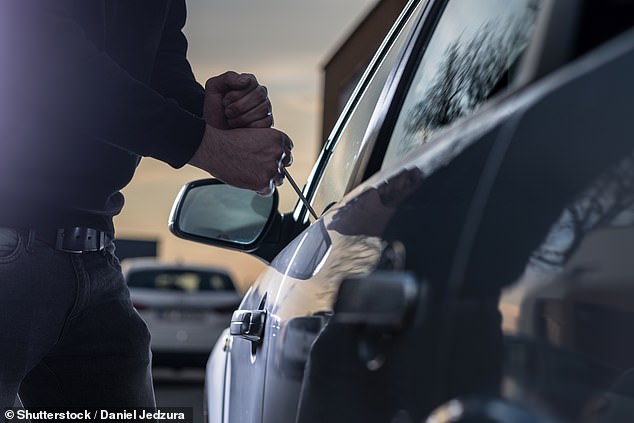 During a hearing, the court heard how the thief had decided to break into the vehicle just days after losing £300 on fruit machines. (Stock image)

Prosecuting Jane Nott read a victim’s impact statement in which the unnamed owner of the car said it had left them and their family scared.

In the statement shared to the court, the owner said the theft was a ‘real intrusion of my privacy’ and that they had been left feeling ‘very uneasy’ as Hunt had moved a picture of their child that was in the car.

Hunt, from Bournemouth, who admitted theft from a motor vehicle and attempted theft, was given unconditional bail following the hearing.

He must now await sentencing on April 20.