The phone box that thinks it’s a disco! Take a look at some of these delightfully dotty ideas for obsolete kiosks. So which one rings YOUR bell?

Perhaps you’ll be tempted to follow the residents of Shepreth, Cambridgeshire, and open the world’s teeniest pub in your local phone box, complete with wooden bar, beer keg, pewter tankards and an agreeably cheery barmaid.

You might prefer to convert the 9ft by 3ft 4in premises into a very bijou cafe.

Or emulate residents of Kingsbridge, Devon, who in 2011 opened the world’s smallest disco, complete with lights, glitter ball and music system — perhaps playing tracks such as Blondie’s Hanging On The Telephone. 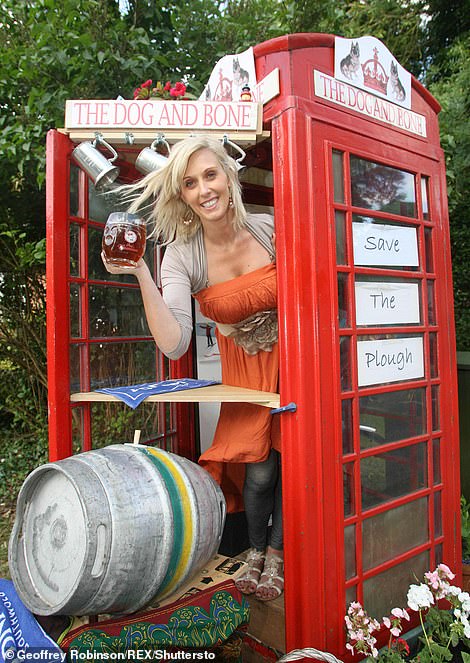 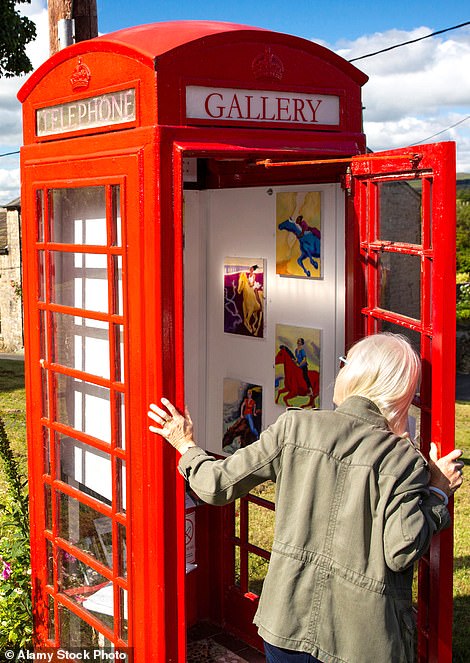 Barmaid Natalie Farmer serves a pint at The Dog and Bone in Shepreth (left) and what could be the world’s smallest art callery in Settle, North Yorkshire 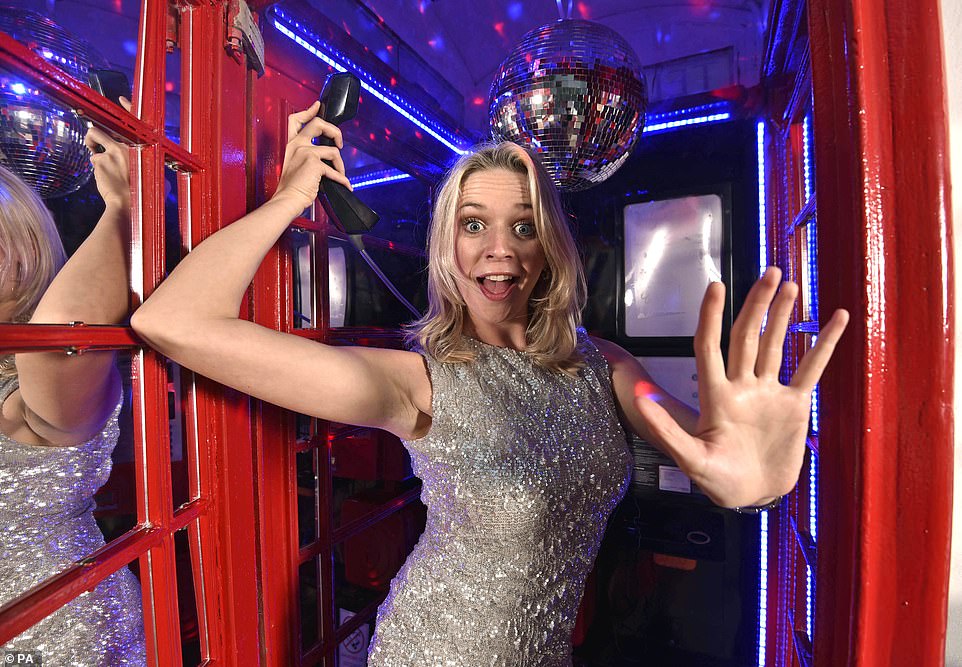 Line dancing: Having a boogy at a kiosk disco in Kingsbridge, Devon, complete with glitter ball 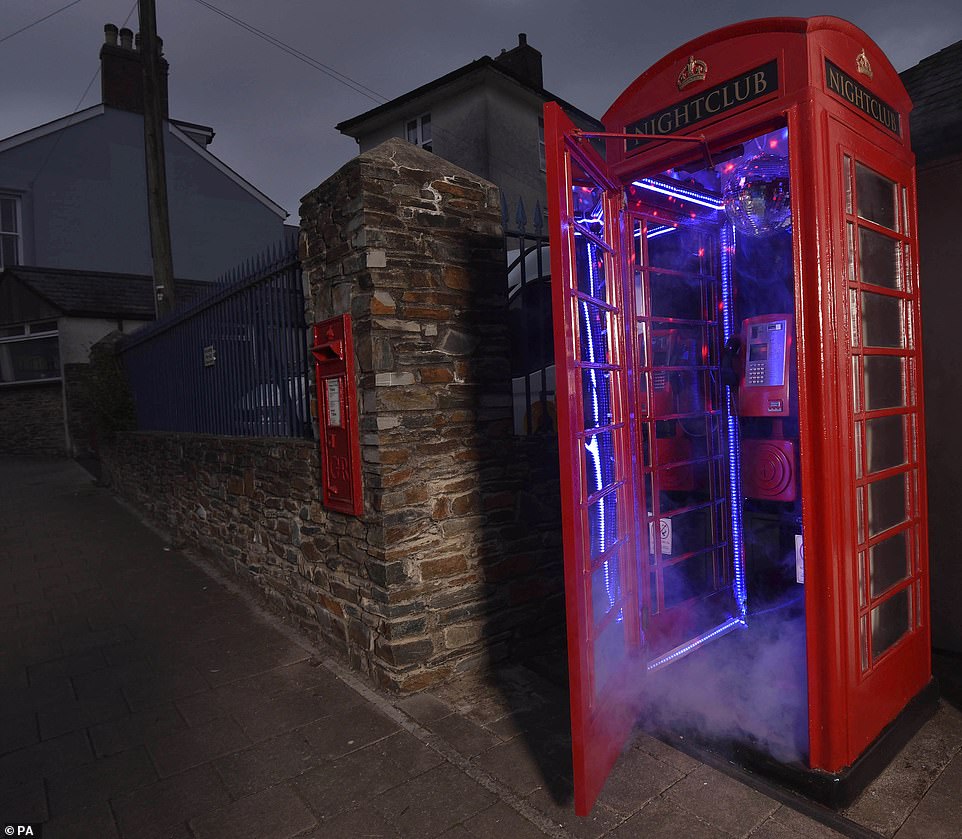 The inside of the party box in Kingsbridge, Devon, which is being touted as the world’s smallest disco

If the options seem endless for the 3,683 iconic red telephone boxes being offered up by BT for ‘adoption’ by local communities across England, it’s because, well, they are.

Since BT came up with their Adopt-A-Kiosk scheme in 2008, more than 5,800 neglected boxes have been converted into everything from plant nurseries to book exchanges. The booths have become increasingly obsolete, with calls made from them down by 90 per cent over the past decade as mobile phone use continues to surge.

But no one wants to see the classic General Post Office boxes, designed by Sir Giles Gilbert Scott and introduced in 1926, to disappear from our streets.

So, across the land, art galleries and miniature coffee shops are popping up in them, plus teeny tourist information centres, patisseries, bars and log stores. 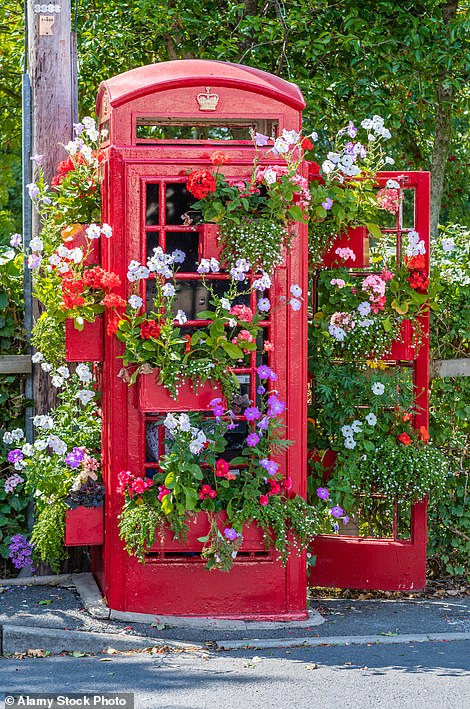 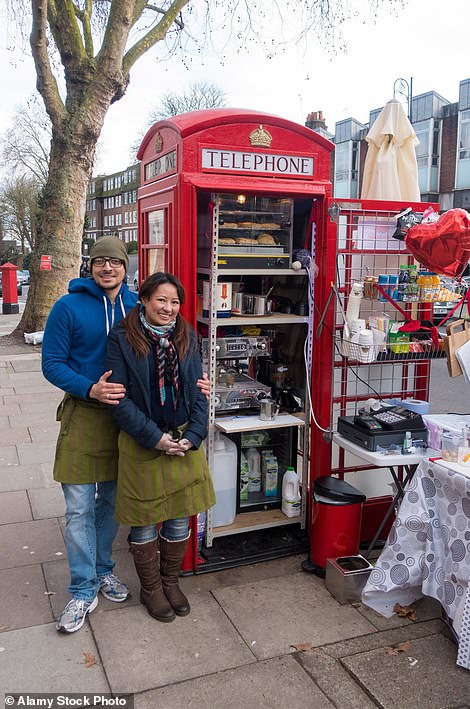 A colourful, flower-filled display at an adopted telephone booth in Leeds (left)  and Umar and Alona Khalid with their cafe in Hampstead, North London 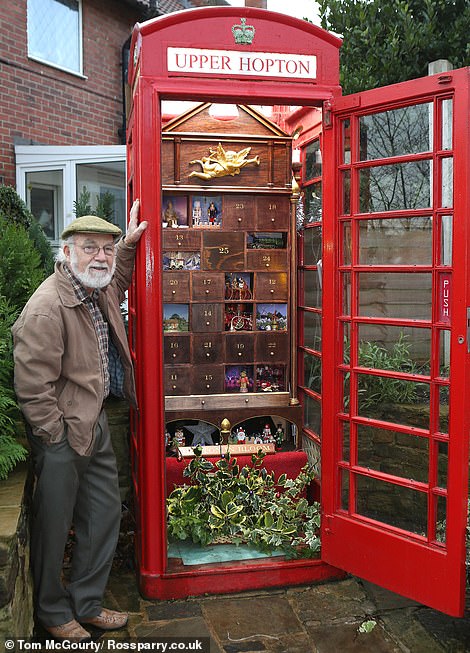 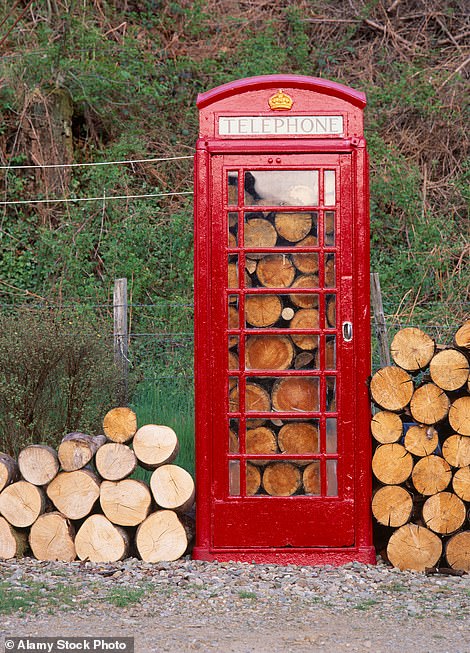 John Broscombe inspects the advent calendar box in Upper Hopton, Yorkshire, (left) and a log store in the village of Lochgilphead, Argyll and Bute

One adopted box in Greenwich, South London, is now a mobile phone repair shop. Health-conscious residents of Cossall, Nottingham, converted theirs into an emergency defibrillator station.

On top of those offered in England, hundreds more are up for adoption in Scotland and Wales. So if you are part of a registered public body or charity keen to keep your booth in use, get your thinking caps on. What do you need? A farm shop? Changing room? Bus shelter? 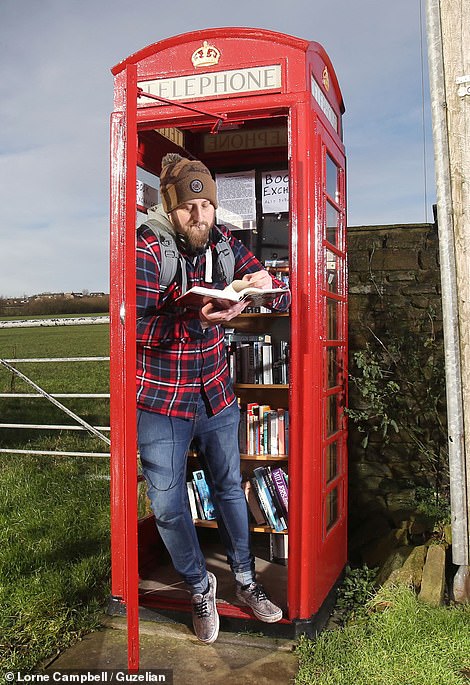 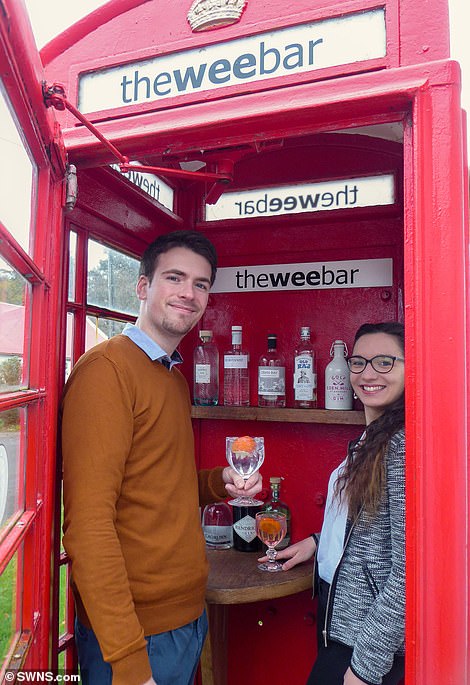 Tom Haley at a tiny book exchange in Marsh, West Yorkshire (left) and a pint-sized pub outside the Kilberry Inn in Argyll and Bute