A Tasmanian man who was repeatedly sexually abused as a child over a period of five years and then harassed and stalked by his abuser for years afterwards has been awarded a record $5.3 million in damages.

The man, who cannot be named for legal reasons, was sexually abused between the ages of 10 and 15 by convicted paedophile John Wayne Millwood, who pleaded guilty to criminal charges in 2016 and was sentenced to four years in prison. 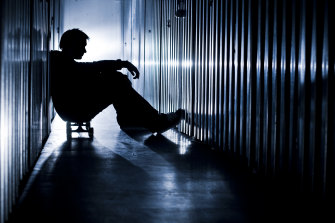 A Tasmanian man who was repeatedly sexually abused over a period of five years has received a record sum of $5.3 million in court.Credit:Getty

The damages awarded to the man set a record for survivors of childhood sexual abuse. The Tasmanian Supreme Court awarded him a total of $5,313,500 for lost earning capacity and associated costs after finding the trauma he suffered impaired his ability to work later in life.

The survivor said the judgment reflected the life-long impacts of childhood sexual abuse.

“It recognises that this impact is felt in every facet of life, directly causes physical and psychological injury, and has negative long-term economic consequences,” he said.

“I am hopeful it will become an oft-cited precedent, paving the way for future claims against paedophiles and the institutions that harbour them. I am very proud of what my legal team has achieved. This is a victory for all child abuse survivors.”

Mr Millwood had previously claimed that as a 10-year-old his victim had consented to the abuse, and that he often conducted the abuse under the guise of a medical examination. At trial Mr Millwood was unrepresented and did not make an appearance.

The court also heard that Mr Millwood made threats against his victim for two decades after the abuse, stalking and harassing him, and reporting him to Tasmanian police for criminal defamation after the abuse was reported to authorities.

The victim’s barrister, Matthew Collins, who was instructed by Craig Mackie, of Hobart firm Dobson Mitchell Allport, said it was an “astonishing” set of circumstances, labelling the defendant’s conduct “indefensible”.

“The defendant went out of his way to continue to harass [the abuse survivor] in the period after 1999 when he first confronted him with his misconduct, right through until the time of his incarceration.

“Whilst there is no suggestion that the sexual abuse involved penetration, it had devastating consequences for the plaintiff’s mental health,” he found.

“His adult life has been affected by his complex post-traumatic stress disorder and his depression in practically every possible way.”

In October, a record $2.7 million judgment was awarded to a former Geelong College student over the school’s handling of the sexual abuse he suffered more than 25 years ago.

Though there have been more significant settlements reached out of court, that decision of Victorian Supreme Court judge Stephen O’Meara is believed to be one of the highest judgments for institutional abuse in Australia to date.

“They have proper legal rights and their claims can be very, very large just like any sort of injury. For too long they were massively undervalued and plaintiffs were forced to accept charity,” he said.