Teenage boys pictured showing off dead ducks after ‘tormenting’ them

Sickening pictures of catapult-wielding teenagers showing off dead ducks have emerged on Instagram after locals claim they saw them ‘tormenting’ the birds.

The images show two young boys holding up dead birds in one hand and a catapult in the other.

They appear to have been taken in St Paul’s Cray in Bromley, south London, where they have been circulated on social media to the disgust of locals.

One woman claimed she saw the youths ‘tormenting’ a goose at a park in the area. She claims she went to find help, only to return and see the bird ‘sat in a pool of blood’.

The pictures have been reported to police in the area, who described them as ‘sickening’ and have launched a witness appeal. Images that are believed to have been taken in St Paul’s Cray, Bromley, south London on May 7 show this teenage boy showing off a dead duck and a catapult 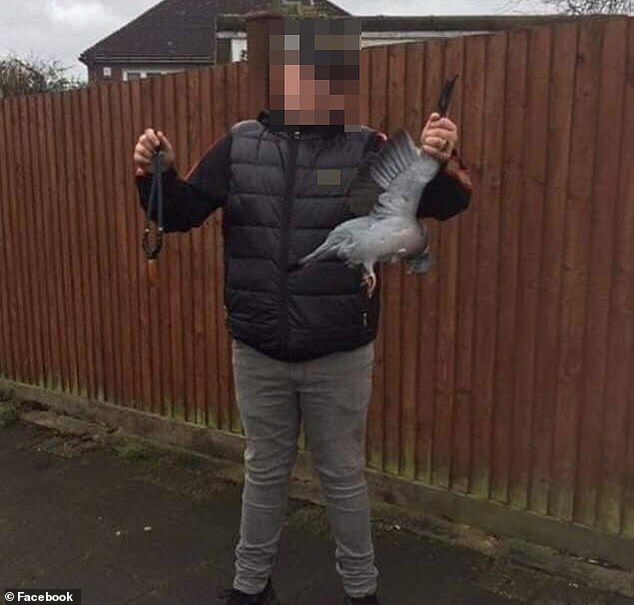 The park-goer who posted the Instagram images on Facebook claims she saw the group of boys ‘acting suspiciously’ at the park on Tuesday.

She claims they carried out ‘sustained and brutal cruelty’ on geese and ducks at St Paul’s Cray Recreation Ground for ‘over an hour’.

They were caught and chased off by locals, but later returned to the scene, she added.

She said: ‘It’s been so upsetting. I don’t know what to do about the situation, it’s been reported to animal welfare and as this was an intentional act with weapons, also to the police.’

Neighbours expressed their outrage, calling for the teens to be brought to justice.

One person wrote: ‘Truly amazed at what’s happening to some of our youth!! When will it end?’

Another posted: ‘Make their parents accountable for the despicable behaviour of their children.’

Someone else commented: ‘What is wrong with these kids? Have they no sense or heart at all? Animal killers deserve to be locked up.’ 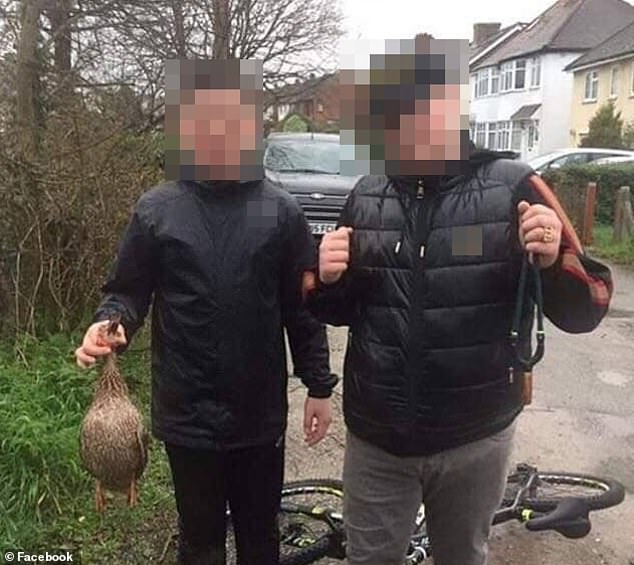 Locals in St Paul’s Cray claim they saw a group of teenagers (two pictured) ‘tormenting’ a goose, before they found it ‘in a pool of blood’ on Tuesday

Police in the area have launched a bid to find the youths. A Cray Valley West police spokesman said: ‘Police were sickened to see and hear of the recent actions of some against our local wildlife.

‘We are looking into it and want to see those responsible brought to justice.

‘In order to do so, we want anyone who has witnessed any incidents of cruelty against waterfowl in and around the Orpington area to get in touch with us at [email protected]

‘If the community have any information, including images of any damage caused, of those responsible or if they know the identities of those involved please get in touch.

‘Whilst there will be patrols in the affected areas by locals police and Bromley Council Ward Security, we’d like to encourage anyone who witnesses any further incidents to contact police as soon as possible.’ 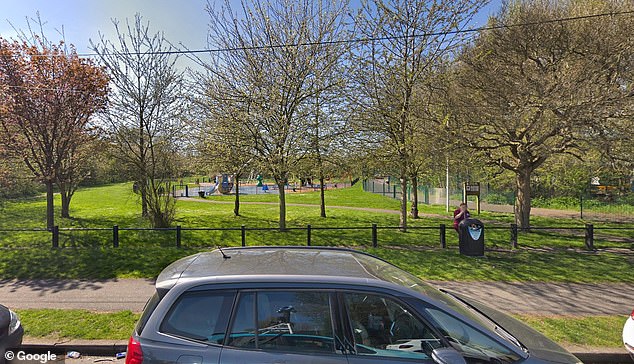 The incident is believed to have taken place at the St Paul’s Cray Recreation Ground in Bromley, south London