THIS is the terrifying moment an octopus lunged at a man before wrapping its tentacles around his neck.

Lance Karlson, 34, first saw the sea creature when it attacked at a seagull near Ramada resort at Geographe Bay in Australia while he was walking with his two-year-old daughter. 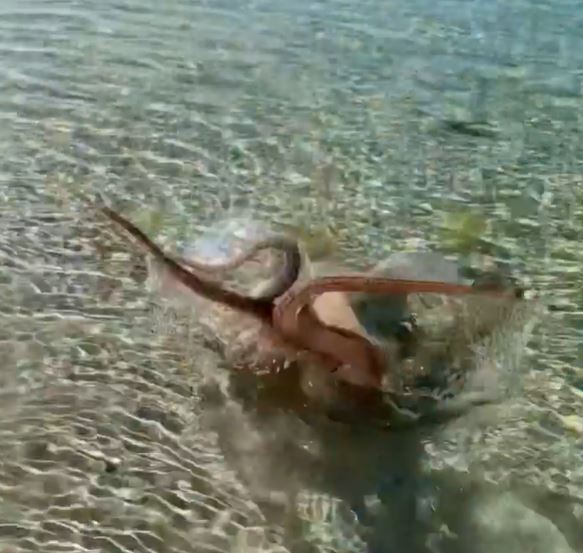 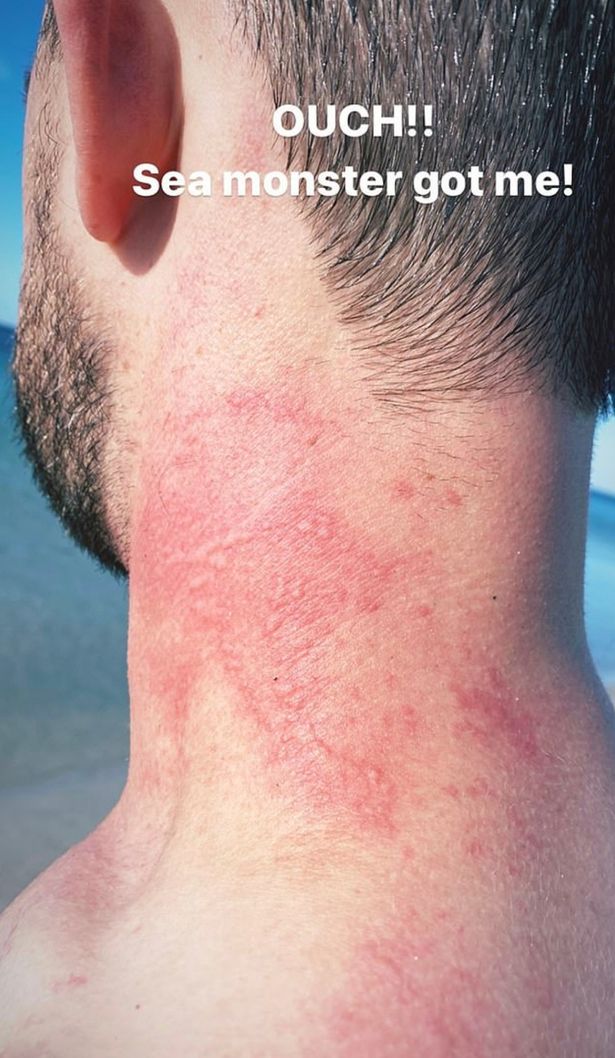 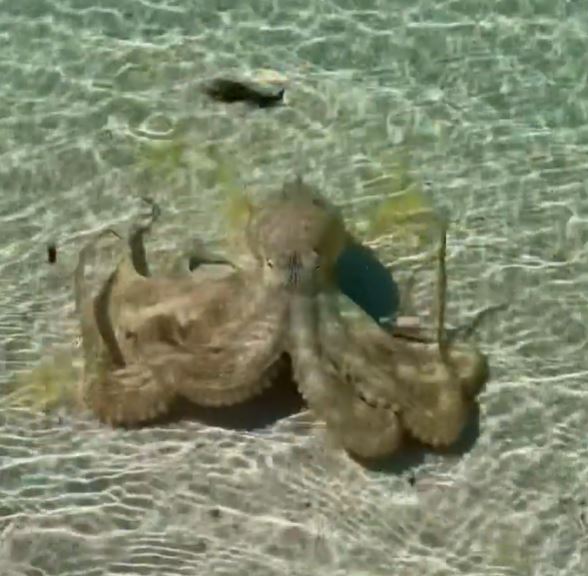 "I thought it was a stingray at first," Karlson told Daily Mail Australia.

"But then I saw the tentacles of an octopus come out of the water and lash out at a seagull.

"I walked with my daughter in my arms up to the octopus and took the video and the octopus lashed out at us."

After settling on the beach with his family, Karlson, a former lifeguard, put on his goggles and went into the sea to explore a collection of crab shells.

As he was swimming, he suddenly felt a whip across his arm, followed by a more forceful sting across his neck and upper back.

"As I was looking at the shells underwater I was hit across my arm. I was then hit again over my neck," he said.

"My goggles were too fogged to see what had happened and I swam back to shore in pain. The imprints of the tentacles quickly formed raised marks across my skin."

Once Karlson reached the shore, he spotted the imprints across his arm, neck and upper back and quickly poured cola over his body to stop the stinging.

"The pain went away quickly, it was more the physical hit that had hurt," he said.

Karlson posted the footage online with the caption: "The angriest octopus in Geographe Bay!"

Karlson believes the creature was a "gloomy octopus" – a species found in Western Australia and considered harmless.

"This was clearly the octopus's domain," he said.

"I am worried that people will view octopuses in a different light. They are amazing creatures that clearly have some strong emotions!" 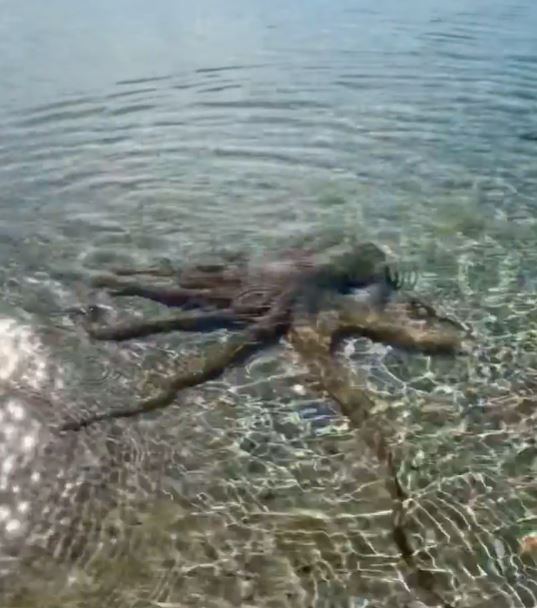