'Terrorist' stabs church official to death and wounds others in Spain

A church official was killed Wednesday and a several others injured, including a priest, when a man wielding a bladed weapon stormed a church in southern Spain, police sources said.

An interior ministry statement said the attack occurred at San Isidro church in the port city of Algeciras in the southern Andalusia region.

‘Shortly before 8:00 pm (1900 GMT), a person launched an attack with a bladed weapon, killing one person and injuring others,’ it said, indicating the victim had died ‘outside the church’.

One of the wounded, who was injured inside the church, was in ‘serious’ condition, it added. 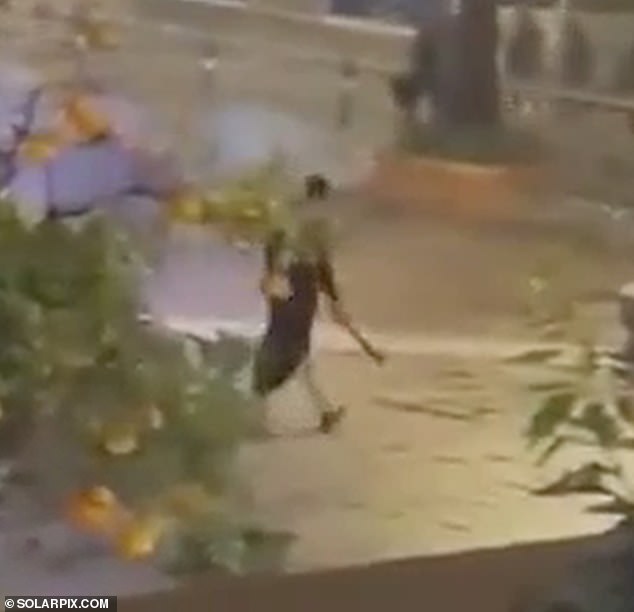 The assailant is pictured wielding a long blade 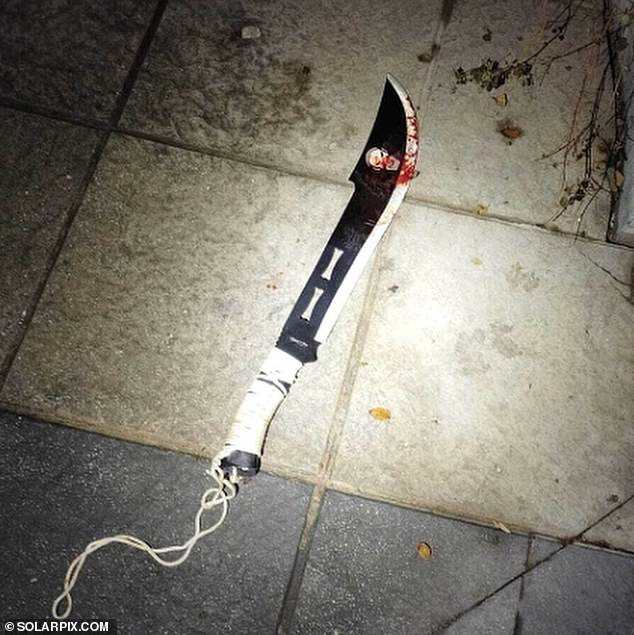 A police source told AFP the victim was a church official known as a verger and said the priest was among the injured.

He said the attacker was wearing a long robe and had ‘shouted something’ while launching the attack.

The source did not specify how the attack was carried out but local media reports, citing witnesses, said the assailant was wielding a machete.