Things are getting edgy here in Ukraine. And cold.

KYIV, UKRAINE – With some 125,000 Russian troops built up near the country some said to be as close as 25 miles from the border, Ukrainian President Zelensky snapped. He was reacting to a comment from President Biden, which the president later withdrew implying a “minor incursion” of Russian troops might not require a major reaction from the West.

Which is why Secretary of State Antony Blinken continues his rounds of desperate diplomacy. He was here yesterday. Today he was in Berlin meeting German and European officials. Tomorrow he’s in Switzerland seeing Russian Foreign Minister Lovrov.

The U.S. continues to apply pressure. Sanctioning four Ukrainians today for waging a Russian influence effort inside the country and allowing Baltic countries to send US-made weaponry to the Ukrainian military. 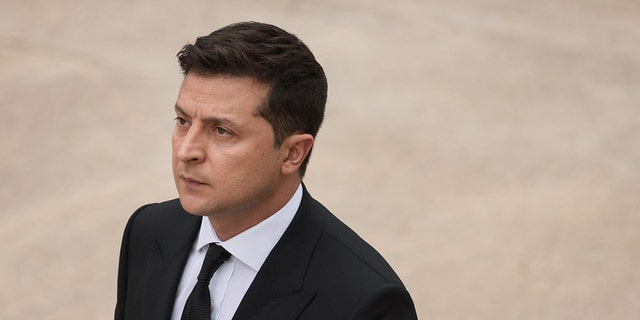 Ukrainian President Volodymyr Zelensky walks to the Tomb of the Unknown Soldier on September 1, 2021, in Arlington, Virginia.
(Photo by Anna Moneymaker/Getty Images)

For its part, Russia denies it has any intention of invading. A Foreign Ministry spokesperson says that it’s, in fact, the US and West who are causing their own menacing global problems.

As for the people in Ukrainian capital of Kiev, they have seen it all. Revolutions and uprisings, ongoing fighting between their troops and Russia-backed separatists, and just trying to make it as an independent country next to Russia. 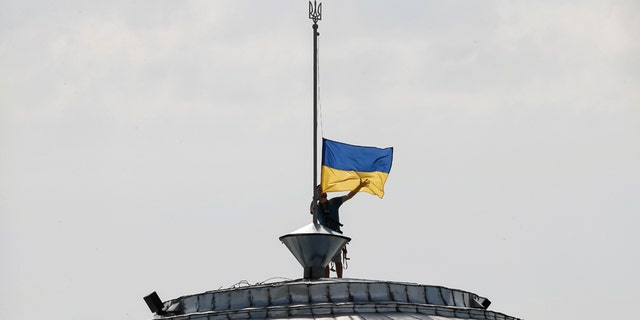 A climber installs the Ukrainian national flag on a roof, marking the Day of the State Flag, on the eve of the Independence Day, in Kiev, Ukraine, Aug. 23, 2016. (REUTERS/Gleb Garanich)

We asked some if they thought Moscow would invade. “It’s a very low probability,” one man answered. “I hope not,” said another. And a young woman offered, “I don’t think we stand a chance if we do get invaded. So hopefully that doesn’t happen.”

A lot of people in the region and around the world are hoping for that.