THREE kids were rushed to hospital after a fire ripped through a derelict pub last night.

Firefighters and paramedics rushed to site around 8.30pm yesterday to tackle the raging inferno. 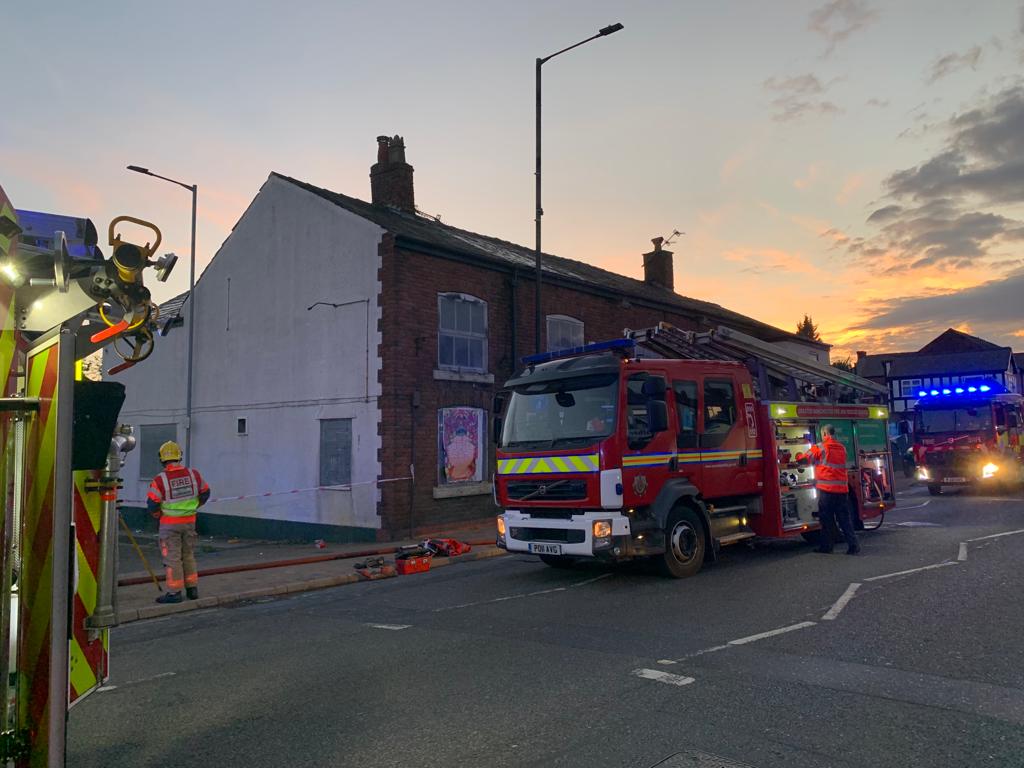 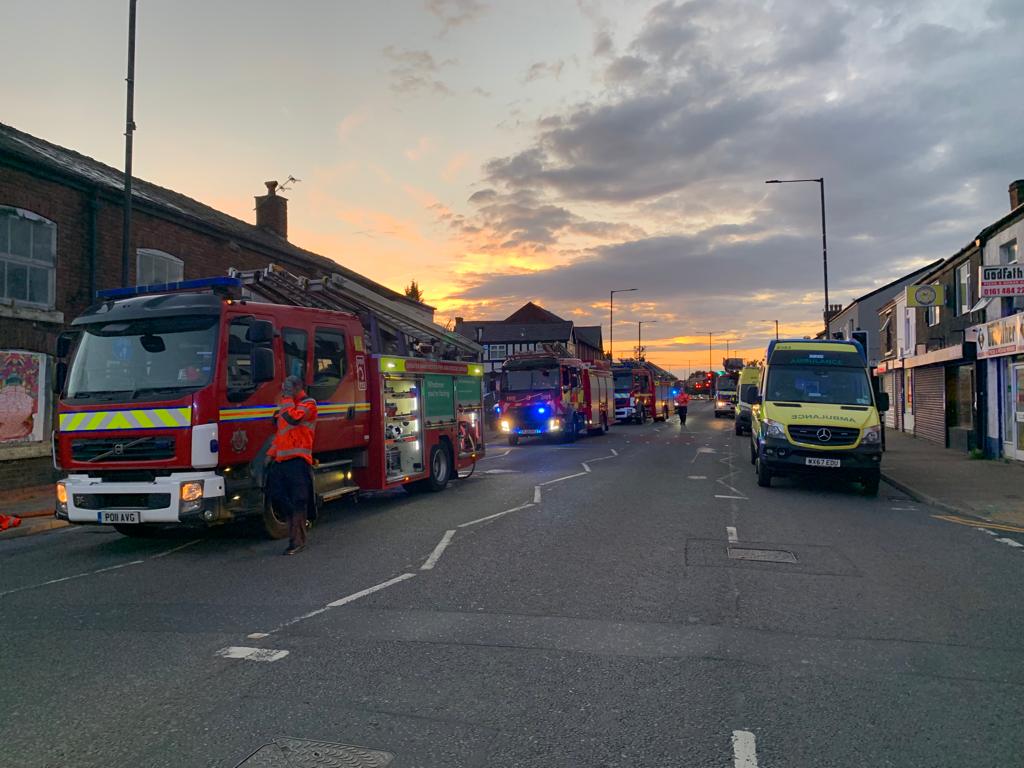 The kids – whose ages are not yet known – were rescued after the fire broke out on the first floor of The Woodman pub in Stockport, Greater Manchester.

What caused the fire and the status of the children's injuries have not been confirmed, Manchester Evening News reports.

Roads were shut late into the night as five fire engines rushed to the blaze on the A6.

The aftermath of last night's fire is seen in pictures of the charred pub covered in black smoke. 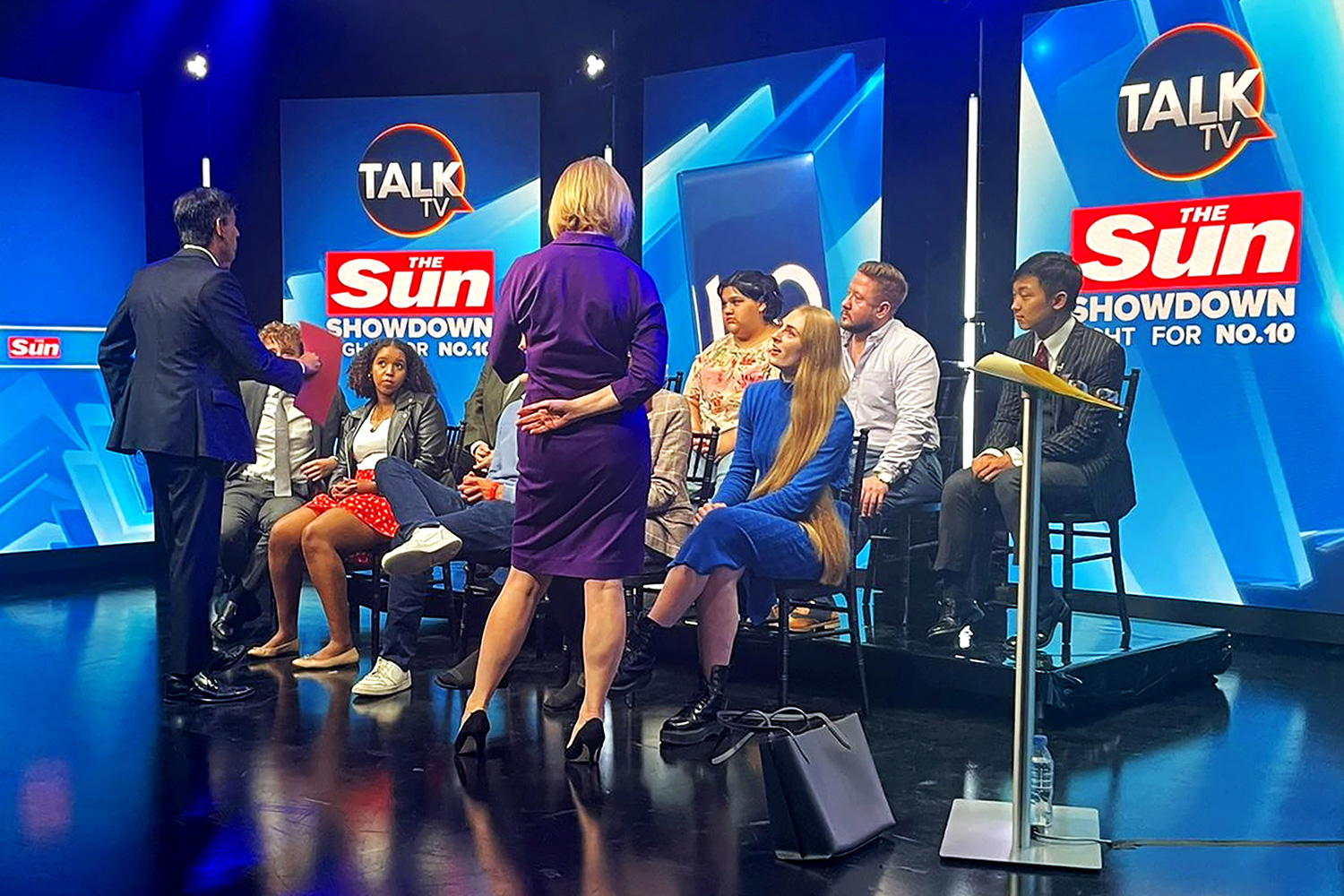 A Greater Manchester Fire and Rescue Service spokesperson said: "At around 8.30pm we were called to reports of a fire on the first floor of a two-storey derelict commercial building on London Road, Hazel Grove, Stockport.

"Five engines from Offerton, Whitehill, Marple, Cheadle and Stockport and an additional crew from Cheshire arrived quickly arrived on the scene.

"Three children were rescued from the building and have been conveyed to hospital by paramedics.

"Crews are now damping down the building and London Road is closed.

"Firefighters as well as colleagues from North West Ambulance Service and Greater Manchester Police remain on the scene." 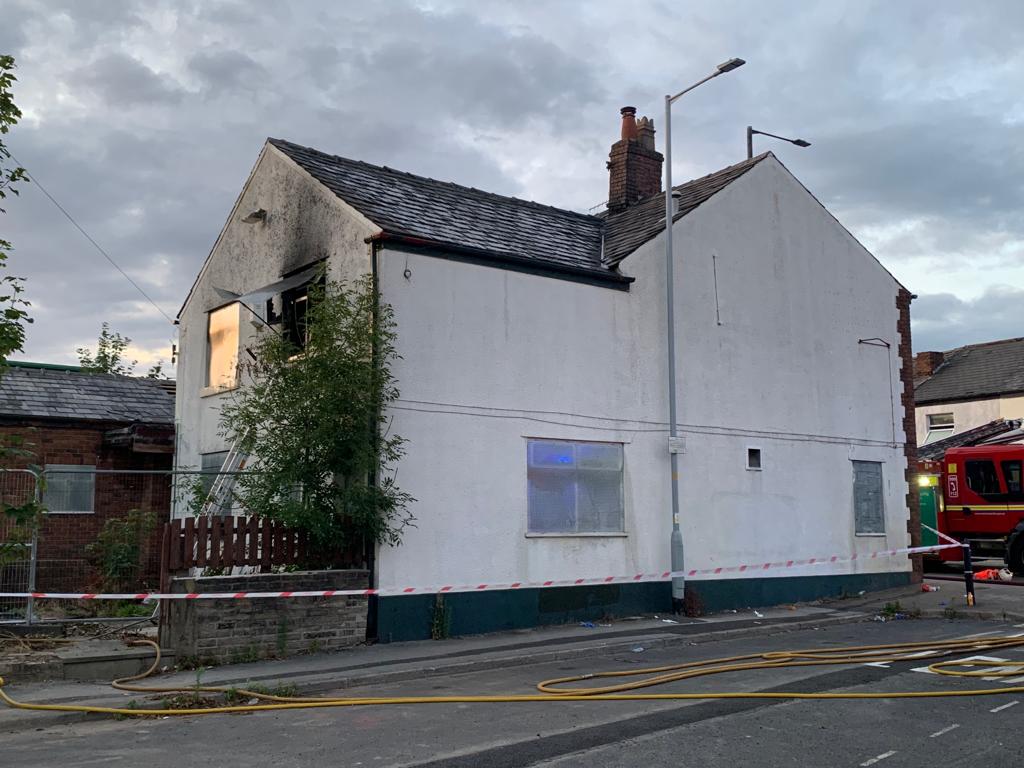