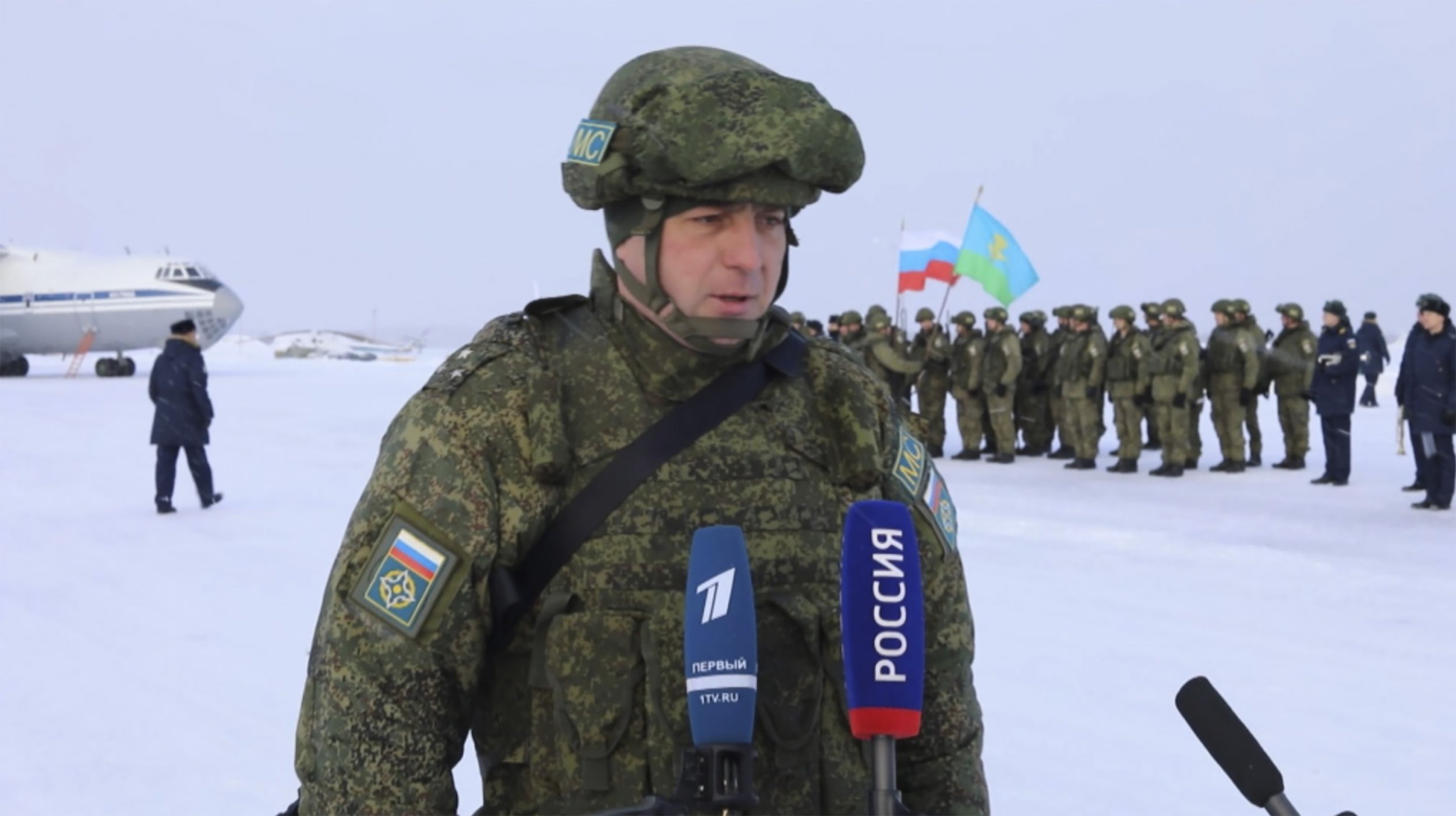 One of Russia’s top paratroop commanders has died in Ukraine in the latest blow to Vladimir Putin’s faltering war effort.

State TV in Moscow confirmed the death of Col Sergei Sukharev, of the 331st Guards Parachute Assault Regiment, from Kostroma.

In an earlier statement announcing his ‘liquidation’, Ukrainian officials said he ‘got lost’ in the ‘military exercises’ but ‘returned home the right way’. His deputy, Major Sergei Krylov, was killed alongside him in battle, according to the report.

They were among a number slain from the Kostroma regiment, seen as among Russia’s most elite fighting forces.

Sukharev was seen on Russian TV in January when he led his troops back from Kazakhstan, where they had been sent following a wave of protests.

Russia described their mission as ‘peacekeeping’ and Sukharev said his forces protected a vital power plant in Almaty.

He is believed to have died on the battlefield near Mariupol in a Grad rocket attack by Ukraine’s Azov battalion.

The well-trained neo-Nazi militia group, incorporated into Ukraine’s national guard in November 2014, have contributed to Putin’s pretext of wanting to ‘denazify’ Russia’s neighbour.

But analysts and historians say he is creating a distorted view of Ukrainian politics as part of his propaganda strategy. Also among high-ranking Russian military figures to be slain is Lieutenant Colonel Yuri Agarkov.

The commander of a motorised rifle regiment, from Volgograd, died during a special operation. Major Ruslan Petrukhin, deputy battalion commander of the 38th Motorised Rifle Brigade, was also reported killed in action in Ukraine.

Russia has failed to announce its estimated death toll in Ukraine for more than two weeks. There are claims it runs to around 7,000, with suspicions the true figure is being kept secret to prevent a sapping of support in Russia.

Estimates on fatalities by Kyiv and Moscow have varied significantly, and it has been difficult to independently verify how many troops have been killed.

This week Russia was said to have lost its fourth general since invading Ukraine, but the Kremlin remained tight lipped.

Russian morale is said to be plummeting amid stubborn Ukrainian resistant and heavy losses.

Moscow had deployed the 331st Guards Parachute Assault Regiment previously in Chechnya in two wars after the fall of the USSR, inn Georgia in 2008, and in the Donbas in 2014.