The Tory leadership warfare is intensifying today as the five surviving candidate prepare to go head-to-head in hustings and a live TV debate.

Rivals have been engaged in a wave of brutal briefing as Liz Truss tries to claw back ground after Penny Mordaunt surged into second place in votes by Tory MPs.

The trade minister has been installed as the surprise bookies’ favourite due to polls showing she would beat Rishi Sunak – and all the other contenders – in a run-off ballot of party members.

Allies of the Foreign Secretary branded Ms Mordaunt ‘utterly incompetent’ and suggested her taking the keys to No10 would be ‘akin to a Corbynite takeover of the Conservative Party’.

But Ms Sunak’s supporters struck back by predicting that Ms Truss will be ‘aggressive and Marmite’ in the first televised debate on Channel 4 tonight, with one telling The Times she could end up looking like ‘Cruella de Vil’.

Ms Truss has been boosted by an endorsement from right-wing rival Suella Braverman, who was knocked out of the contest in the second round last night.

Ms Braverman also laid into Ms Mordaunt over her stance on gender issues, accusing her of trying to keep the word ‘woman’ out of maternity legislation.

Meanwhile, former Brexit minister Lord Frost has heaped pressure on the other right-winger left in the contest, Kemi Badenoch, to pull out and get behind Ms Truss. 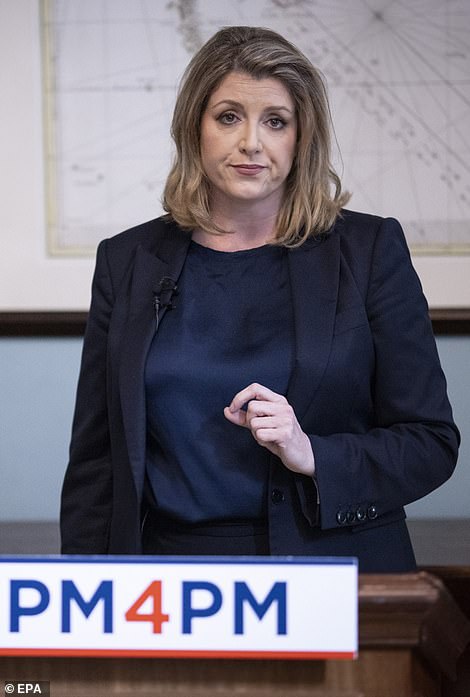 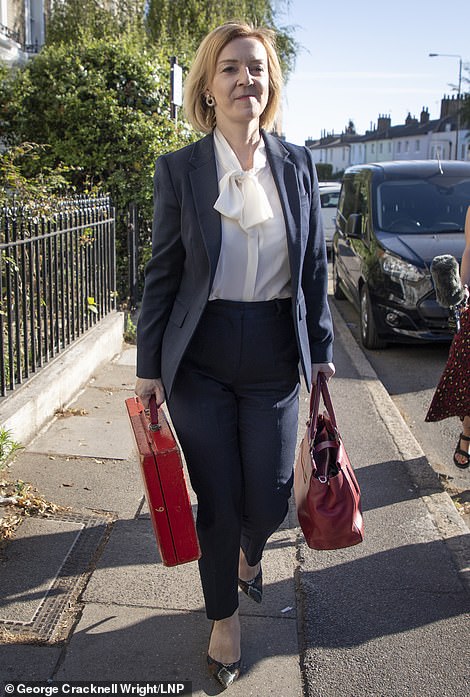 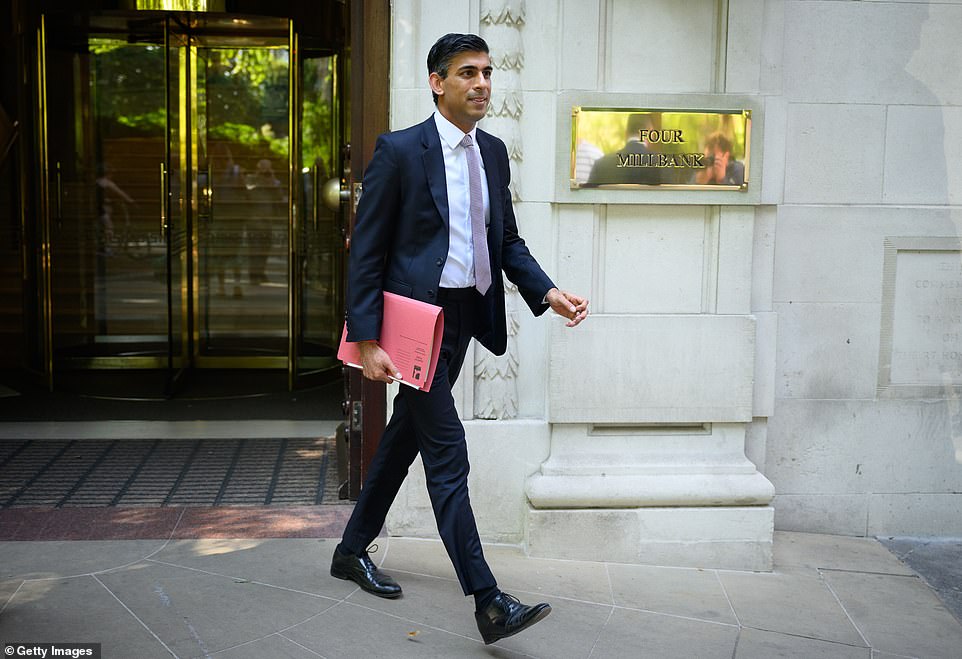 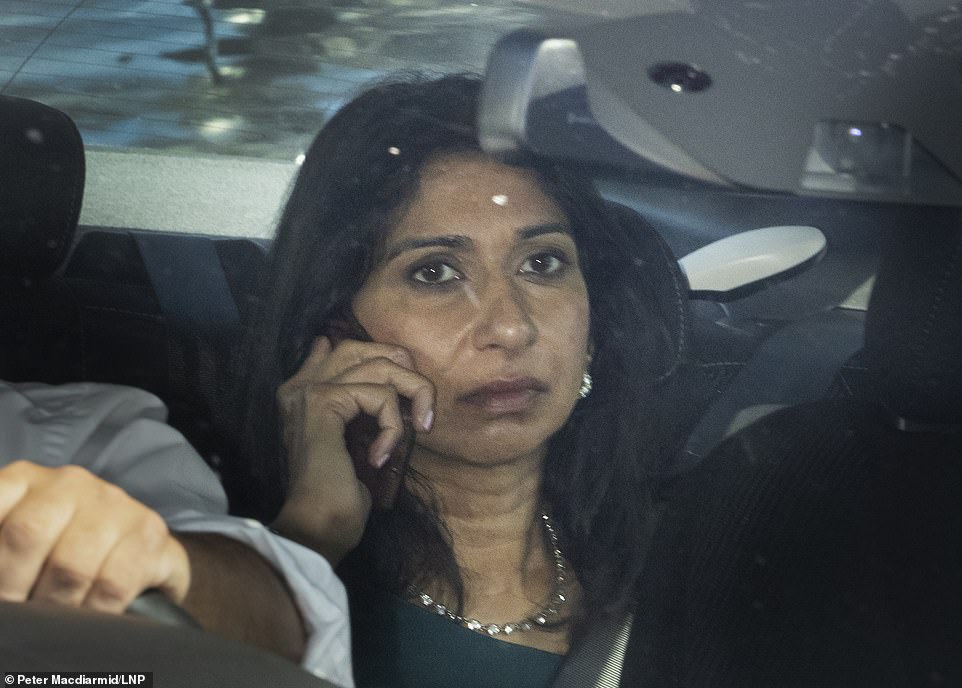 Ms Truss has been boosted by an endorsement from right-wing rival Suella Braverman (pictured), who was knocked out of the contest in the second round last night

The identity of the top two contenders who will go forward to the run-off ballot of Tory activists is still far from clear after the second round of voting by MPs.

Former Chancellor Rishi Sunak came top with 101 votes and Ms Mordaunt was second with 83 – adding 16 to her previous tally.

Ms Truss was still well behind on 64 – up 14 – while Ms Badenoch received 49, up nine. Tom Tugendhat is also still in the battle with 32 votes despite losing support.

The candidates will take part in hustings for the grassroots ConservativeHome website at 1pm, before facing off on Channel 4 at 7.30pm. There will be another ITV debate on Sunday night and MPs then vote again on Monday to eliminate another hopeful.

Ms Braverman came out in support of Ms Truss after they held talks last night, describing the Foreign Secretary as the ‘best person to unleash the opportunities of Brexit’ and deliver tax cuts, as the right of the party seeks to rally round a single candidate.

Taking influential Tory Steve Baker’s vote with her, it was a blow to Kemi Badenoch, who was facing pressure to pull out and back Ms Truss to keep Mr Sunak or Ms Mordaunt out of No 10.

In a statement, Ms Braverman said: ‘Liz is the best person to unleash the opportunities of Brexit, and deliver much needed tax cuts.

‘I’m confident she will defend free speech, champion equality of opportunity and take a robust line on illegal immigration.’

Former Brexit minister Lord Frost has thrown his support behind Liz Truss as he urged Kemi Badenoch to pull out of the Tory leadership contest so there can be ‘unity among free marketeers’.

‘Kemi and Suella Braverman set out convincing programmes, with differing emphases, for change,’ the 57-year-old wrote in The Daily Telegraph.

‘But Liz’s depth of experience, her energy and ideas – as well as the simple fact she has the most votes of the three – put her in the lead.

‘It is now time for pragmatism. I urge Kemi to stand down in return for a serious job in a Truss administration.’

Ms Badenoch was under pressure early on Friday to withdraw and back Ms Truss to keep Rishi Sunak or Penny Mordaunt out of No 10.

Ms Badenoch’s campaign, however, said she is ‘in it to win’.

Her spokesman said: ‘Kemi has brought interesting ideas and a new approach to this leadership contest. She is looking forward to the debates this weekend.

‘She has no intention of stepping down and is in it to win.’

‘But Liz’s depth of experience, her energy and ideas – as well as the simple fact she has the most votes of the three – put her in the lead.

He added: ‘It is now time for pragmatism. I urge Kemi to stand down in return for a serious job in a Truss administration.’

The Foreign Secretary used her campaign launch yesterday to promise continuity on Mr Johnson’s key pledges such as levelling up, while breaking with the economic policy pursued by Mr Sunak.

There had been fury at the refusal of Mrs Braverman to step aside and lend her supporters to Miss Truss.

One ally said: ‘If she had dropped out in the morning we could have expected a significant number of her people to come across, giving Liz momentum into the weekend. It was a golden opportunity missed.’

In her speech in central London yesterday, Miss Truss highlighted her experience as a former chief secretary to the Treasury, and said she was the only candidate with the experience to offer a credible economic alternative to Mr Sunak.

‘We are at a critical moment for our country,’ she said. ‘Now is the time to be bold, we cannot have business-as-usual economic management, which has led to low growth for decades.’

She pledged to introduce ‘bold supply-side reforms’ including ‘cutting taxes’.

Ms Truss also said she had opposed Mr Sunak’s hike in national insurance and would scrap it if elected.

And she defended her decision to stand by Boris Johnson when others were deserting him.

‘I am a loyal person. I am loyal to Boris Johnson,’ she said.

‘I supported our Prime Minister’s aspirations and I want to deliver the promise of the 2019 manifesto. 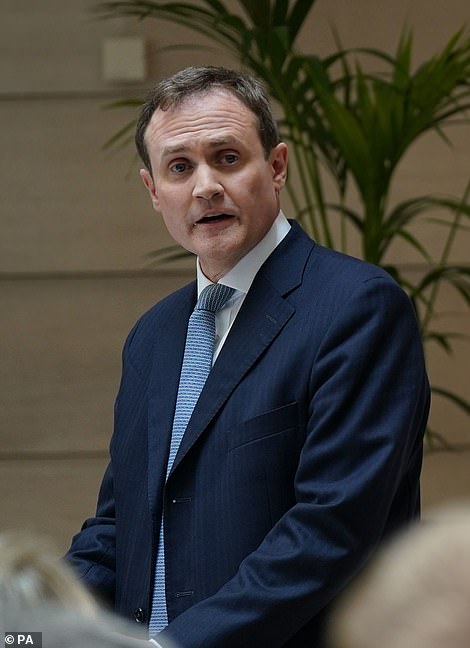 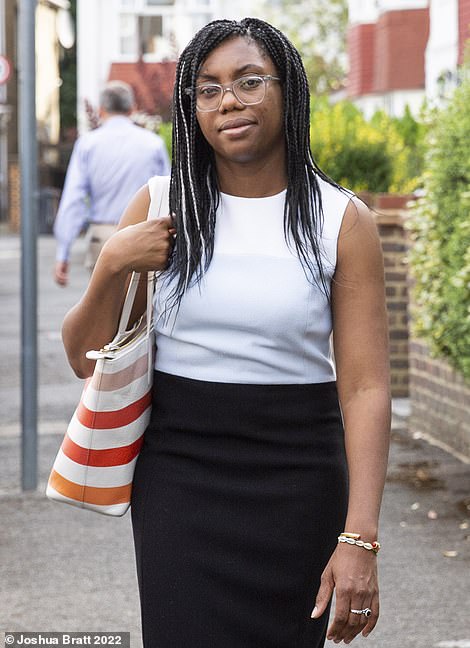 Tom Tugendhat (left) is still in the contest despite losing ground in the latest round of voting by MPs. Kemi Badenoch (right) has dismissed calls to stand aside and support Liz Truss 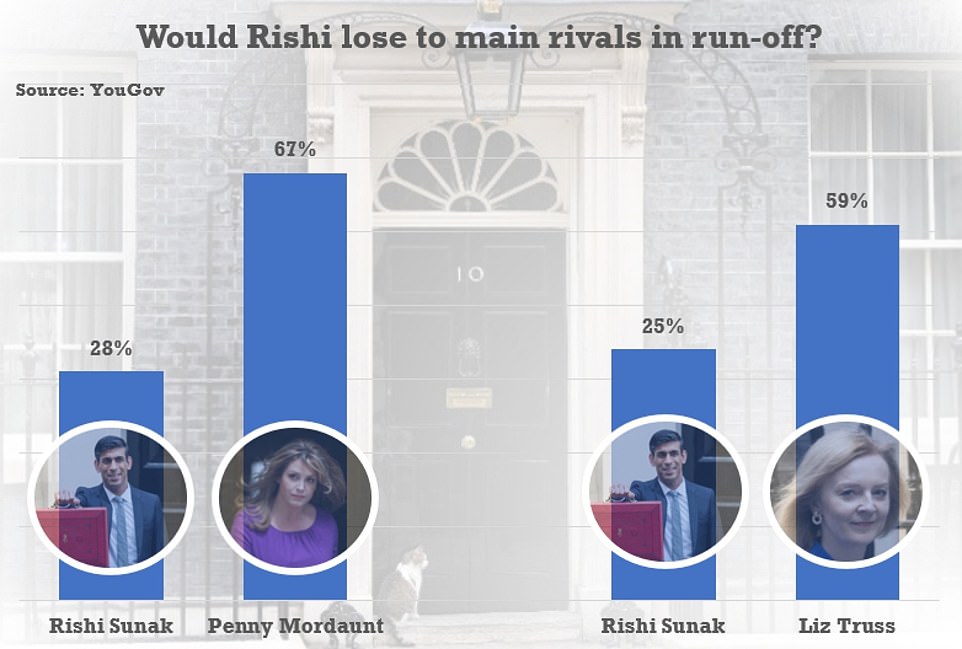 A YouGov poll found the run-off margin for Penny Mordaunt against Rishi Sunak could be 67 per cent to 28 per cent, while the former Chancellor could lose 59 per cent to 25 per cent against Liz Truss