Humpback whales spent an hour inspecting a boat full of whale watchers off the Irish coast.

The two humpback whales can be seen lifting their heads out of the water as they greet the members of Cork Whale Watch on May 17.

A video by Derek McGreevy shows one of the whales pop its head out of the water as a man says: ‘There he is. Good morning. Having a whale of a time’.

Cork Whale Watch, which was running the expedition, said on Facebook the two whales ‘stayed for almost an hour thoroughly inspecting the boat from every angle.’ 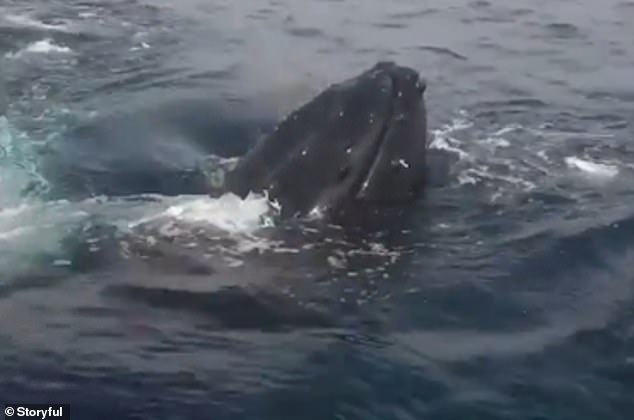 During the 46-second video the 13-metre-long whale can be seen just under the water surface.

It uses its fins to propel it through the water and out in to their air as its head pokes out to take a look at the whale watchers.

As the group watch the mammals swim around their boat one man explains how humpbacks live in the southern hemisphere. 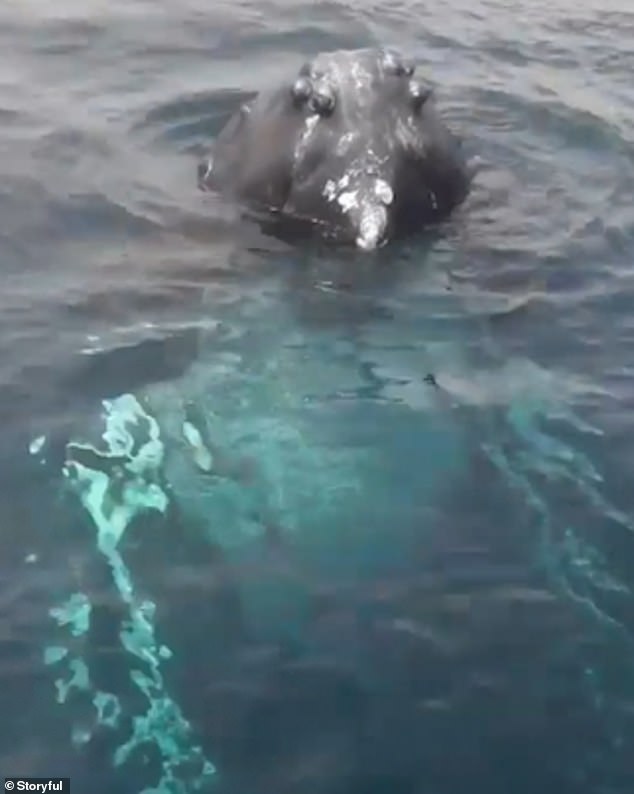 He goes on to explain the animals have short-range eyesight with ‘tiny’ eyes.

Humpbacks use their tail fins, known as a fluke, to propel themselves through the water.

They regularly leap from the water before landing with a splash, called ‘breaching’, but scientists are not sure why.