‘Tragic death’: Family of teen who died after boxing session sue for negligence

The family of a young man who died following a sparring session at a suburban boxing gym claims staff encouraged the teen to continue training following a concussion he suffered at the business months earlier.

The family is suing the boxing facility and medical services who assessed the 18-year-old for ongoing pain and vomiting, claiming he would still be alive if not for their alleged failures. 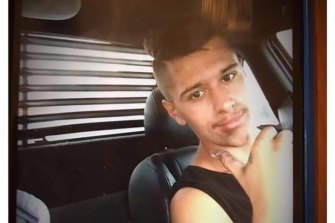 George Diamond died in February 2019 after multiple blows to the head during recreational boxing.

Apprentice builder George Diamond died in The Alfred Hospital in February 2019 after collapsing at Sting Gym in Cranbourne West following a sparring session to improve his fitness.

A post-mortem found evidence of old and new subdural haemorrhage, where blood pools between the surface of the brain and the skull, at the time of his death.

It came four months after the Pearcedale man was diagnosed with a concussion after being struck on the head multiple times while sparring at Sting Gym.

A statement of claim filed in the Supreme Court of Victoria, on behalf of the Diamond family, alleges staff at Sting Gym encouraged the teen to continue training following a concussion he suffered at the premises in October 2018. 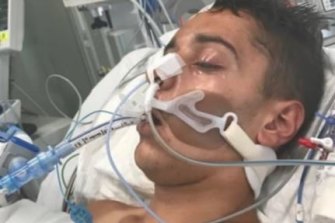 The 18-year-old had emergency surgery to release the pressure on his brain. His life support was turned off soon after.

They allege the boxing gym also operated without having anyone in charge of or trained in concussion management, any policies or procedures around concussions, or adequate information available to members about head injuries.

They also allege a Pearcedale doctor and Peninsula Health, which operates Frankston Hospital, failed to order brain scans or complete full neurological assessments of Diamond despite numerous visits seeking help for ongoing vomiting and pain for weeks after the initial concussion.

“George’s tragic death has had a significant impact on his family. They have commenced legal proceedings to pursue compensation from the organisations and individuals they allege owed George a duty of care,” Slater and Gordon Lawyers’ Isabelle McCombe said.

On or around October 25, 2018, while sparring under supervision at Sting Gym, Diamond was punched in the groin and then the head several times. 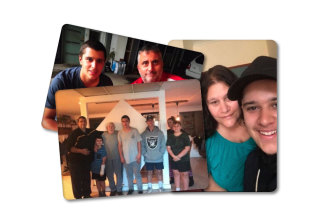 The young man’s family have launched legal action against the gym and the doctors who treated him.

Court documents allege staff there did not assess him for concussion and allowed him to drive home.

He returned to the clinic on October 31 and saw Dr Pejman Hajbabaie but the family allege a complete neurological examination was not done and no referral was provided for a brain scan.

When Diamond’s symptoms continued, he attended Frankston Hospital’s emergency department on November 5, 2018, where he told staff he was still vomiting intermittently and experiencing headaches and back pain.

Court documents allege staff diagnosed Diamond with a concussion but failed to perform a full neurological examination or organise a brain scan.

Over the following two months, during his two-month-long membership suspension, the family claim Sting Gym encouraged Diamond to return to the club and other boxing gyms, even arranging for him to spar at Doveton Boxing Club.

When he returned to see Dr Hajbabaie on January 25, 2019, Diamond was cleared to return to training. But the family claim no neurological examinations, scans or medical history check took place at that appointment. 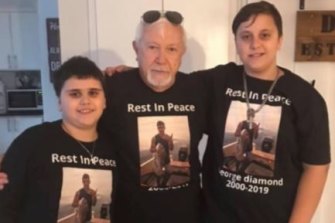 Diamond’s grandfather and two of Diamond’s brothers before the teen’s funeral.

Diamond officially resumed training at the gym on February 5, 2019. Two weeks later, he attended a sparring session before collapsing outside.

He was taken to The Alfred Hospital, where a brain scan showed a large haemorrhage. His life support was turned off on February 21, 2019.

The family allege that Diamond would still be alive if it wasn’t for the negligence of the three defendants.

As a result of Diamond’s death, the family says they have suffered psychiatric injuries as well as pain, suffering and distress.

His death is before the Coroners Court of Victoria, where it has been considered for a full public inquest.

A directions hearing in the Coroners Court last year found that the cause of death was complications of acute chronic subdural haemorrhage in a setting of martial arts activity.

A post-mortem found evidence of old and new subdural haemorrhages.

“More than three years on, we’ve still got so many questions about what happened,” father Vic Diamond said.

“We are unable to make any further comment, as the matter is currently before the court,” Menon said.

Sting Gym and Dr Hajbabaie did not respond to requests for comment at the time of writing.