Developers and land speculators who reap windfall gains when their property is rezoned would also be hit with a 50 per cent tax if the gain is worth $500,000 or more in provisions set to be announced in next Thursday’s state budget. 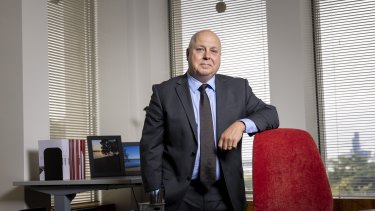 The changes would raise $2.4 billion over the next four years, with Mr Pallas saying it was “only fair that those making large profits return a reasonable proportion to the community”.

The budget would also reveal a 10 per cent increase in fines imposed by courts, police and traffic officers that would funnel another $250 million into state coffers as Victoria grapples with record levels of debt and deficit.

In one provision, the government says it would strip $1 million in land tax concessions from private men-only clubs, saying gender-exclusive establishments have been getting tax breaks meant for non-profit groups “while discriminating against half the population”.

“The days of giving elitist organisations like the Melbourne Club the luxury of a land tax concession are over,” Mr Pallas said.

Thursday’s state budget will include:

Property transactions with dutiable value above $2m will be subject to a “premium” duty rate of 6.5 per cent.

However, the brunt of the new tax increases would be worn by top-end landlords, with the state’s land tax haul to soar by more than 10 per cent, or more than $1.5 billion over four years, and stamp duty to raise $761 million by adding a premium to stamp duty payments for property transactions valued at more than $2 million.

Mr Pallas said the move to increase the state’s take from wealthy Victorians was about “making sure that everyone pays their fair share to support Victoria’s economic recovery,” and that “more Victorians can have the schools, hospitals and support they need and deserve”.

But the pre-budget announcement could invite accusations that Mr Pallas is waging a class war, and it is certain to prompt a ferocious response from the state Liberal opposition, which has long criticised the Andrews government as running the nation’s highest-taxing jurisdiction.

The revenue boost comes after November’s delayed COVID-19 budget tipped a $23 billion deficit this year and that net debt would reach $87 billion, although the Treasurer is expected to present an improved balance sheet on Thursday, driven by a stronger than expected economic recovery.

Under the new changes, land tax would increase for all land holdings worth more than $1.8 million from next year. It would rise by 0.25 percentage points for land worth between $1.8 million and $3 million, and by 0.3 percentage points for plots worth in excess of $3 million. Landowners who currently pay between $9000 and $25,000 a year would need to pay thousands more each year.

Multimillion-dollar overnight profits made by property owners whose land is rezoned would also be taxed from next year, netting the government a forecast $125 million over four years. Any gains of more than $100,000 would be slugged, with the duty phasing to a 50 per cent rate for windfalls worth more than $500,000. The vast majority of landowners would not be affected and areas subject to the growth areas infrastructure charge would also not be impacted.

The cost of fines would also increase by 10 per cent from July 1 when the “penalty unit” – which is used to calculate the amount of all state government fines – jumps in value from $165.22 to $181.74. The new impost would apply to fines for everything from traffic infringements to court-imposed penalties.

Fees for permits and licences would also begin to increase with inflation. Fees and fines were both frozen to ease the financial burden on Victorians last year during the pandemic-induced recession. Higher fees and fines would raise about $250 million over four years.

The government would also extend its point-of-consumption wagering tax to keno operators, which have previously been able to avoid local taxes on betting products supplied online. The government hopes this will raise $17 million over four years.

The government provided this information to The Age on an embargoed basis, which meant no third party comment was sought before publication. The government will provide further details in the state budget on Thursday.