As the Ohio Congressman slammed House Speaker Pelosi last night at the Lorain County Fairgrounds in Wellington, his address was taken over by a chorus of booing and cries of "lock her up". 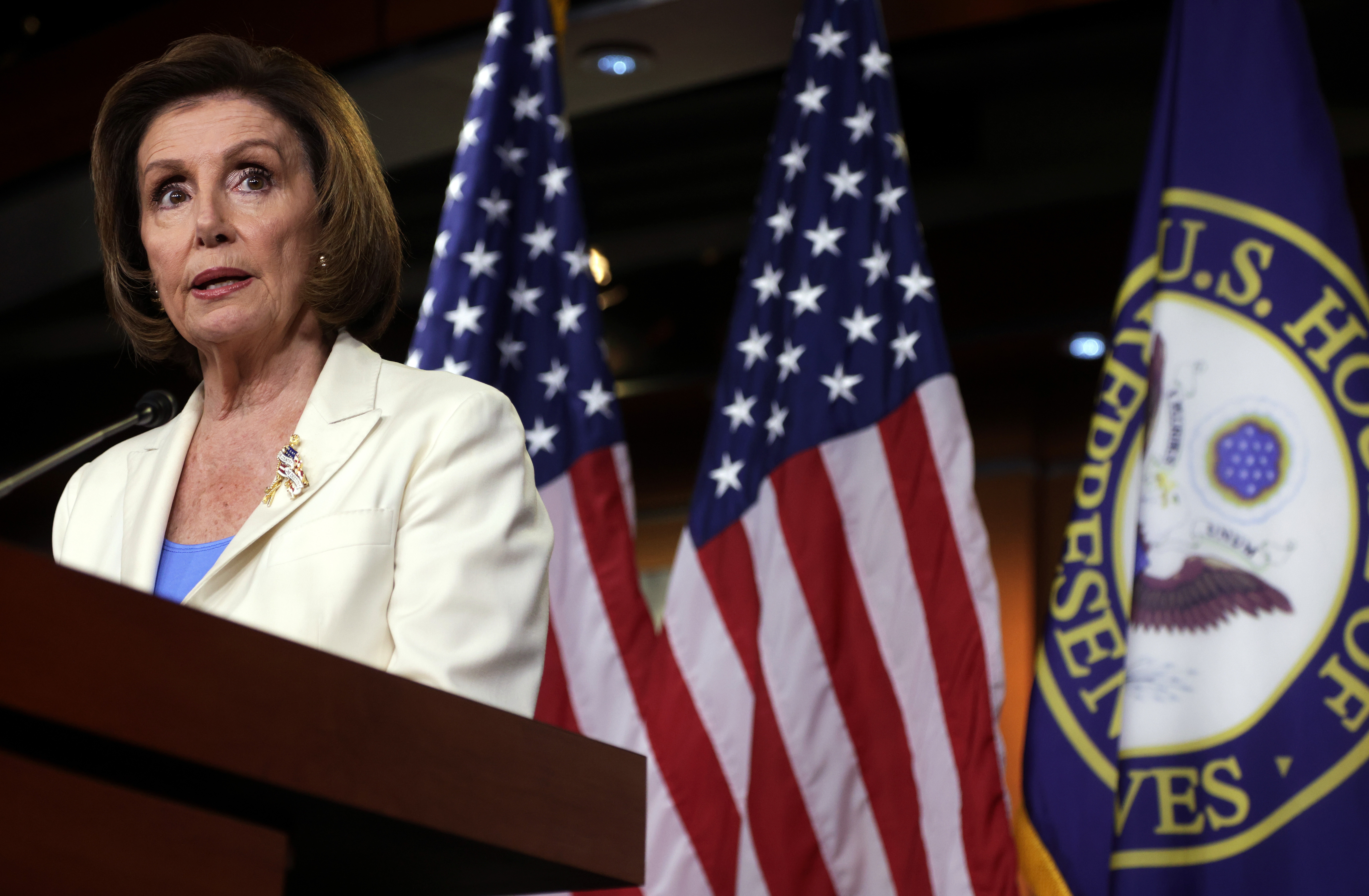 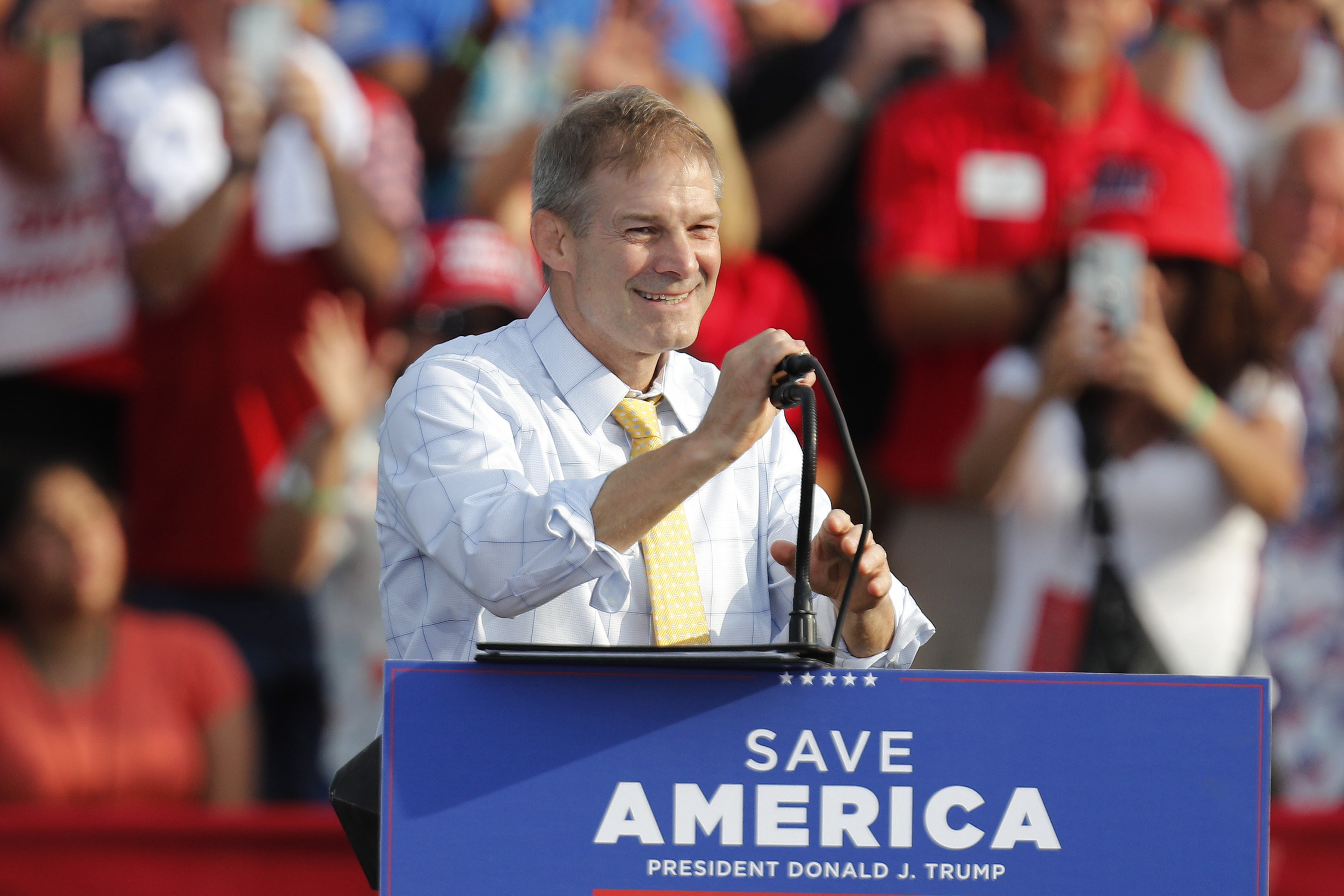 Thousands of MAGA supporters repeatedly chanted "lock her up, lock up up" – mimicking scenes during Trump's 2016 election campaign when crowds made the same remark about his rival, Hillary Clinton.

Jordan was speaking about giving a speech in Texas to the New Mexico Republican party members because "in their own state they weren't allowed to meet. That should never happen in this great country."

"You're right to petition your government, so am I, so that's why we've got to keep fighting," he said.

"You can't go to your capital to petition your member of Congress to redress your grievances because Nancy Pelosi won't let you in."

Trump supporters erupted into chanting "lock her up" as Jordan went onto to speak about "freedom of the press".

Jordan also echoed Trump's words about Kamala Harris, claiming the Vice President probably wouldn't have made a trip to the border unless the ex-president hadarranged to go there. 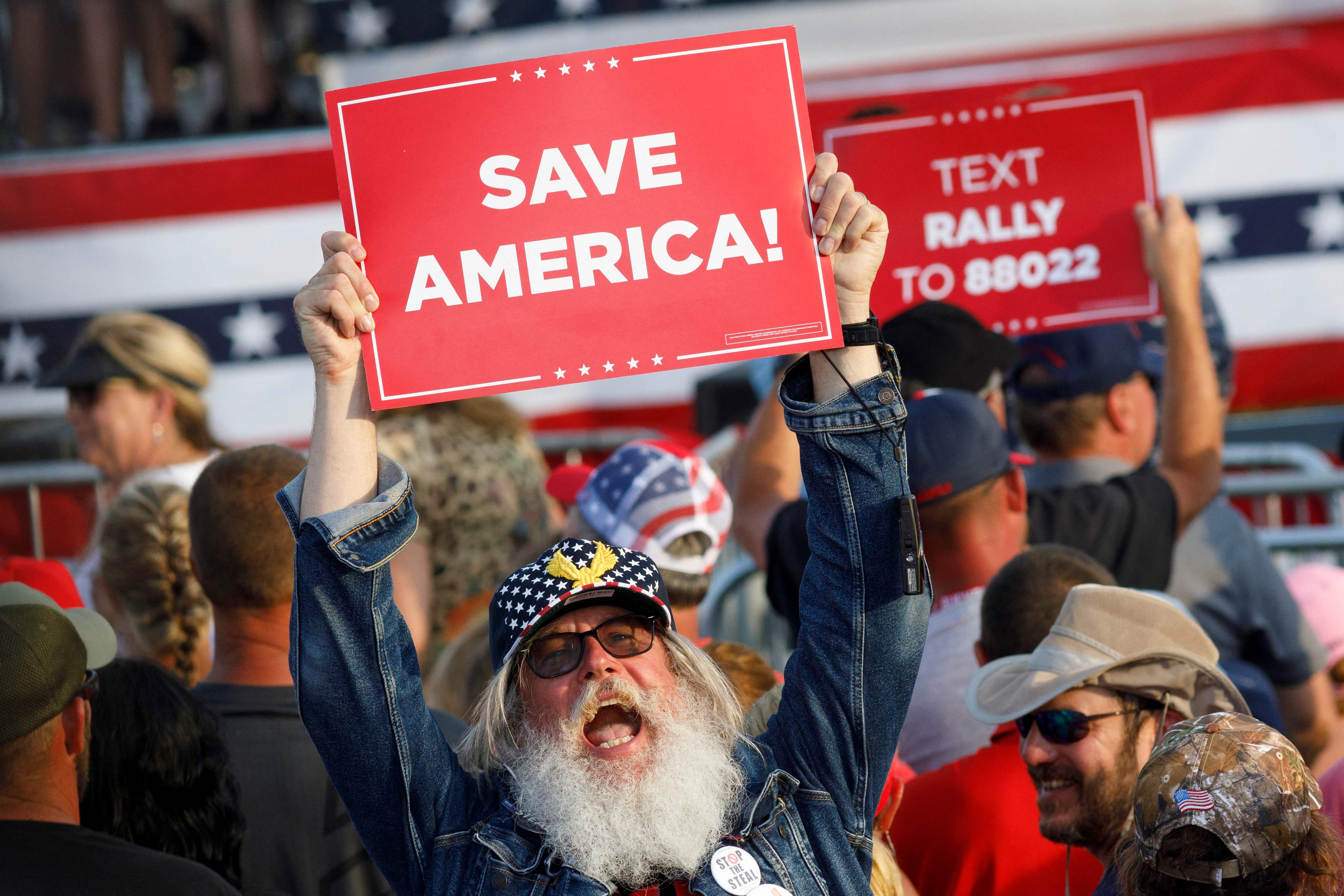 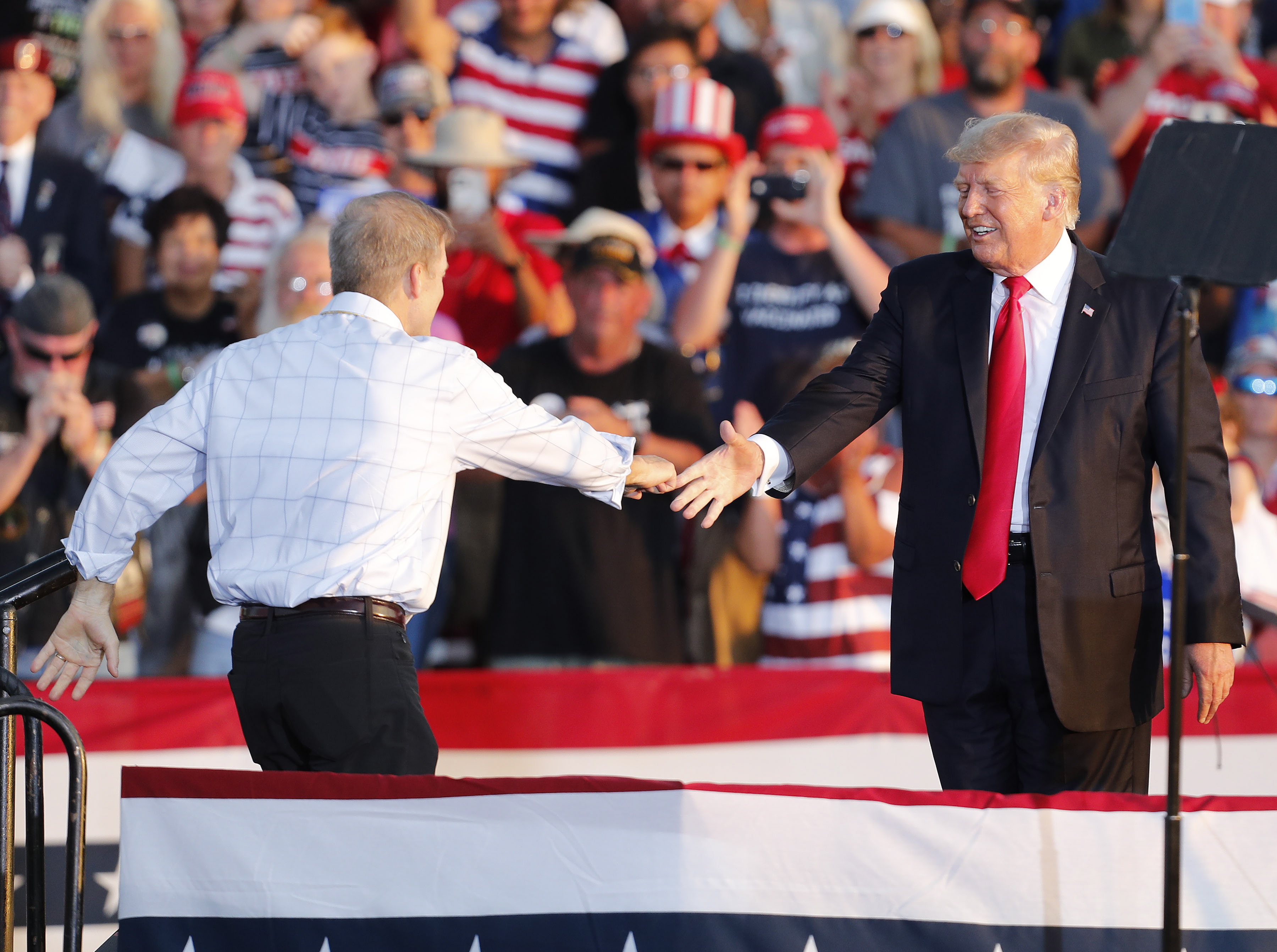 During the rally – his first campaign-style gathering since exiting the White House – Trump claimed the VP only traveled to El Paso this week because he had announced plans to visit.

"There is no more dire threat today than the crisis on our southern border,' Trump told the crowd.

"Other than our elections, that's a dire threat.

"I'm going to the border next week. Oh if I didn't do that I don't know if she (Harris) was ever going to go."

Harris landed in El Paso, Texas, earlier this week to visit the border after she was tasked by Biden to attend to the crisis months ago.

Meanwhile, Trump also blasted Joe Biden as a "complete and total catastrophe" as he once again teased a bid to retake the White House in 2024 during the rally on Saturday night. 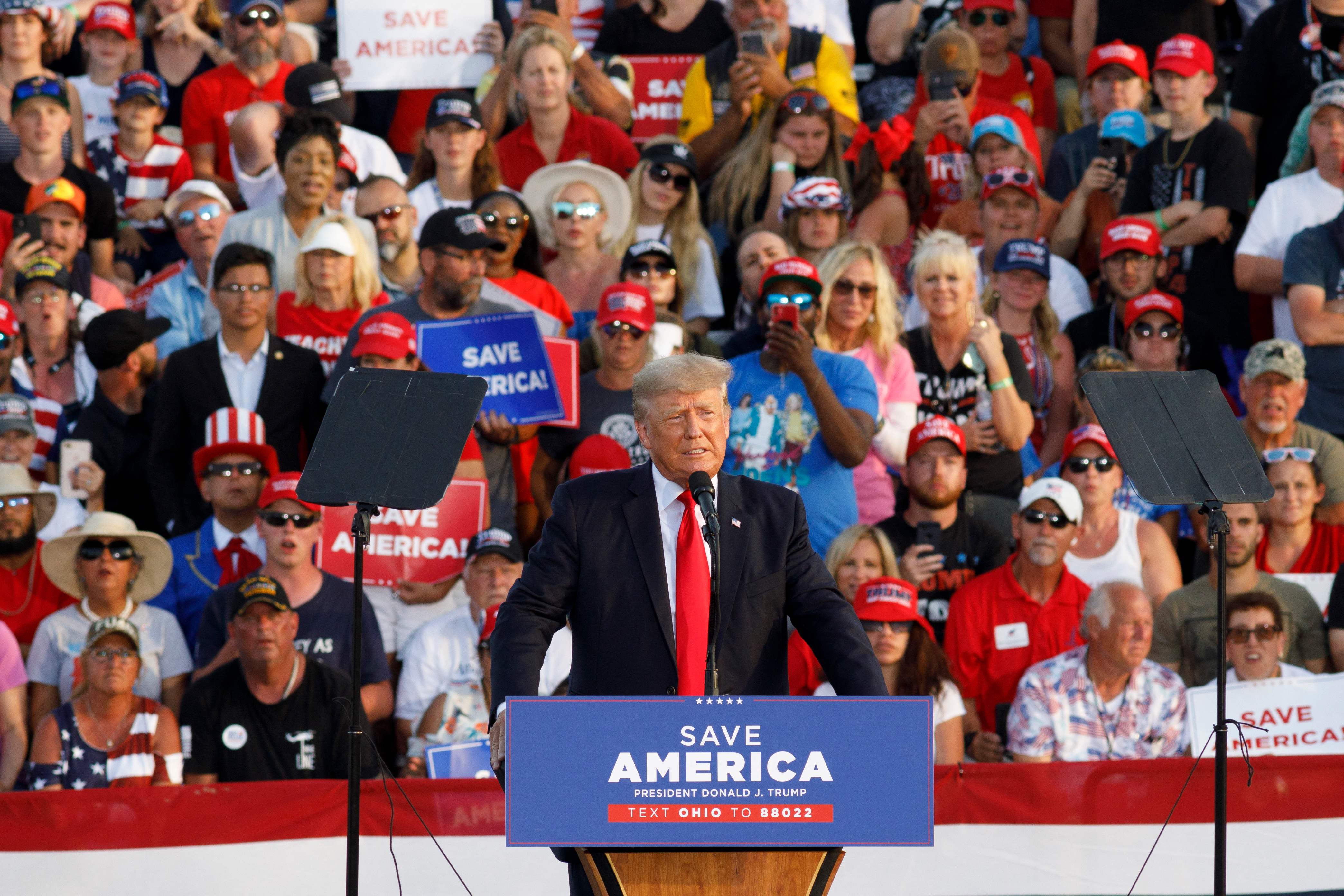 "I told you – crime is surging, murders are soaring, police departments are being gutted, illegal aliens are running over our borders," Trump said.

He claimed Biden is "embarrassing the US", claiming his Make America Great Again movement is built on "common sense."

Trump has yet to confirm whether he plans to run in 2024 – but once again dropped a hint that he's readying himself for another election race.

"We won the election twice," Trump teased, prompting the crowd to cheer.

"And it's possible we'll have to win it a third time."

Trump also slammed the "woke" military, who he said are too focused on teaching critical race theory to recruits.

He accused generals of being more concerned with "woke" policies "than they are their enemies."