A TURKISH MAN officially has the Guinness World Record for the longest nose – with his snout measuring a whopping 3.5 inches.

Mehmet Özyürek, 71, first stole the crown 11 years ago – and his sniffer is still growing. 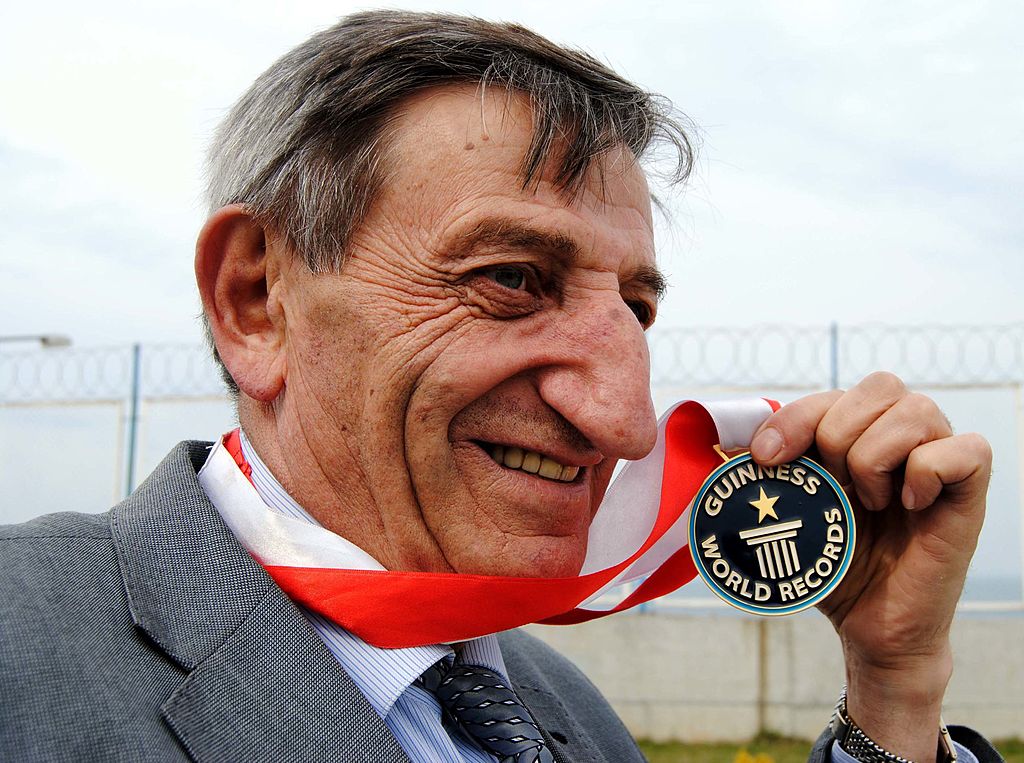 His beak was measured on Italian TV show Lo Show dei Record back in 2010 – where they discovered he had the world’s longest nozzle.

They tweeted: "#OnThisDay in 2010 Mehmet Özyürek from Turkey was officially confirmed as our record holder for the longest nose on a living person.

A Lifesize waxwork of Thomas's giant snotlocker can be found at Ripley's Believe It or Not museums all over the world.

This week a Brit smashed the world record for driving the fastest lawnmower ever built.

Tony Edwards hit 143mph on a race track before proving his machine could clip grass to claim the Guinness World Record.

Douglas Smith’s haul is almost double the existing record of 488 from 2010.

It took an hour to harvest all the pound coin-sized fruit, which weighed more than 9lb.