BRITS are set to sizzle in a heatwave that will last two weeks, after dry skies and 22C for England’s Euro 2020 quarter final against Denmark.

A “hot spell” of weather is due to arrive on these shores on from July 19 and will last until August 2, the Met Office has predicted. 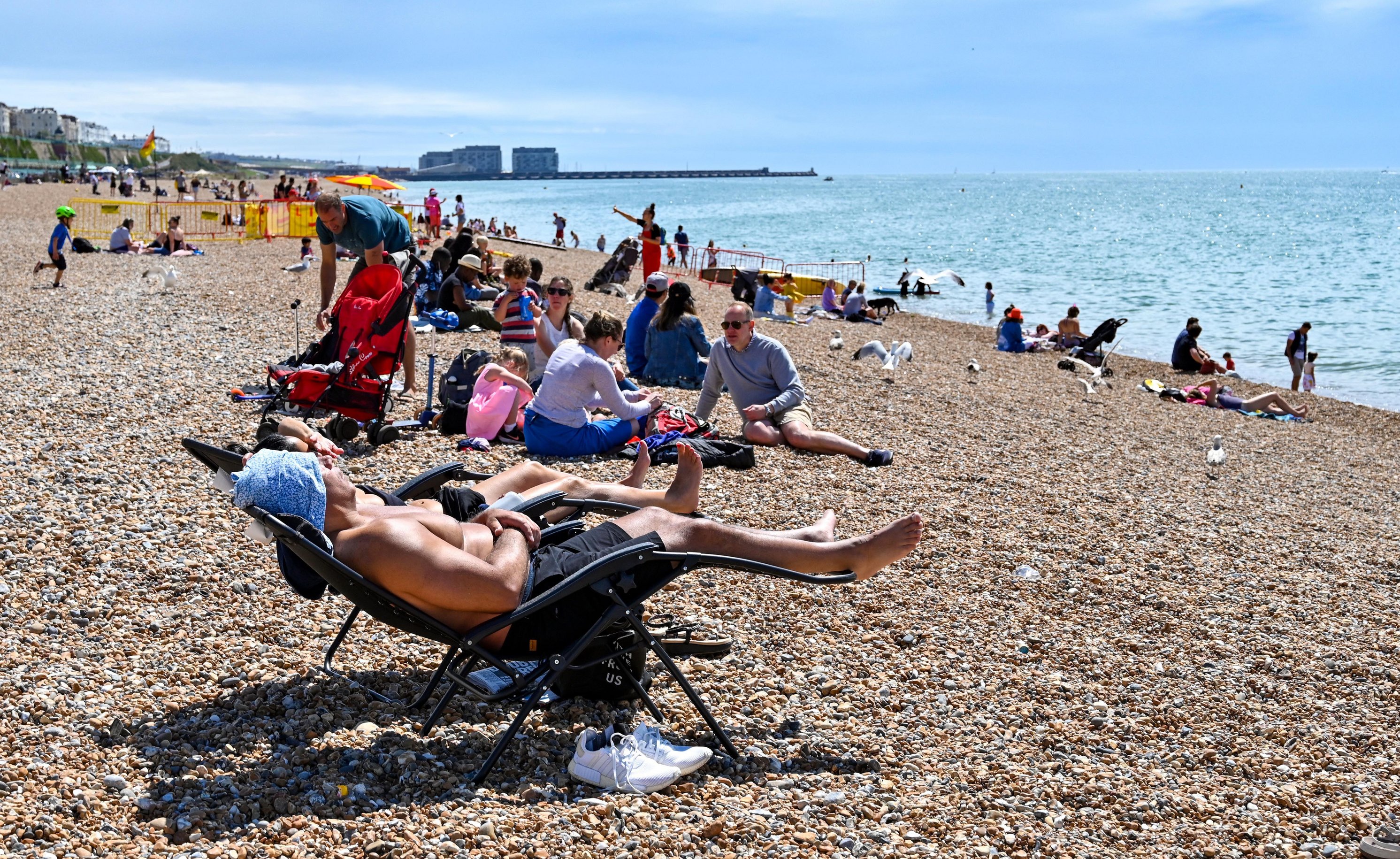 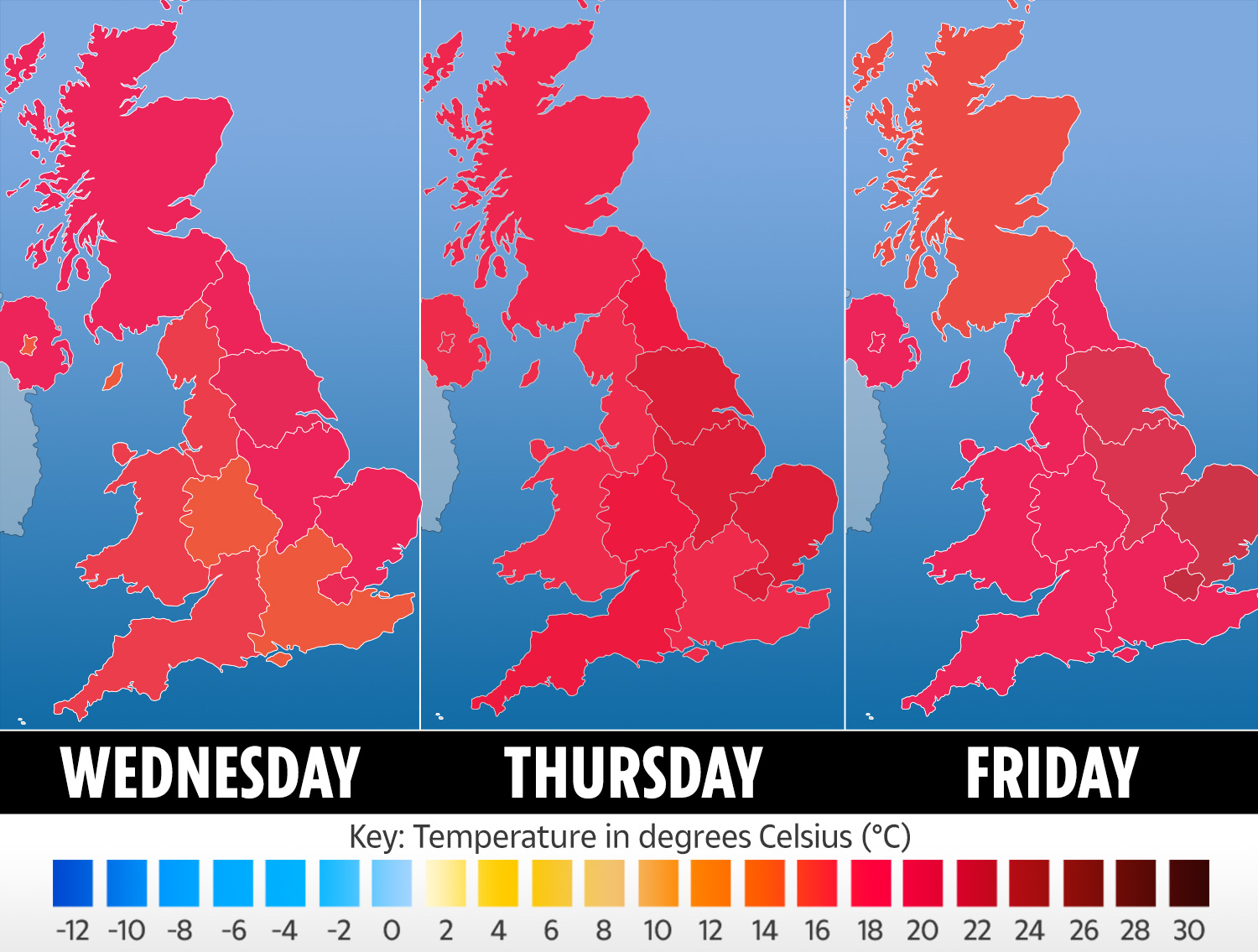 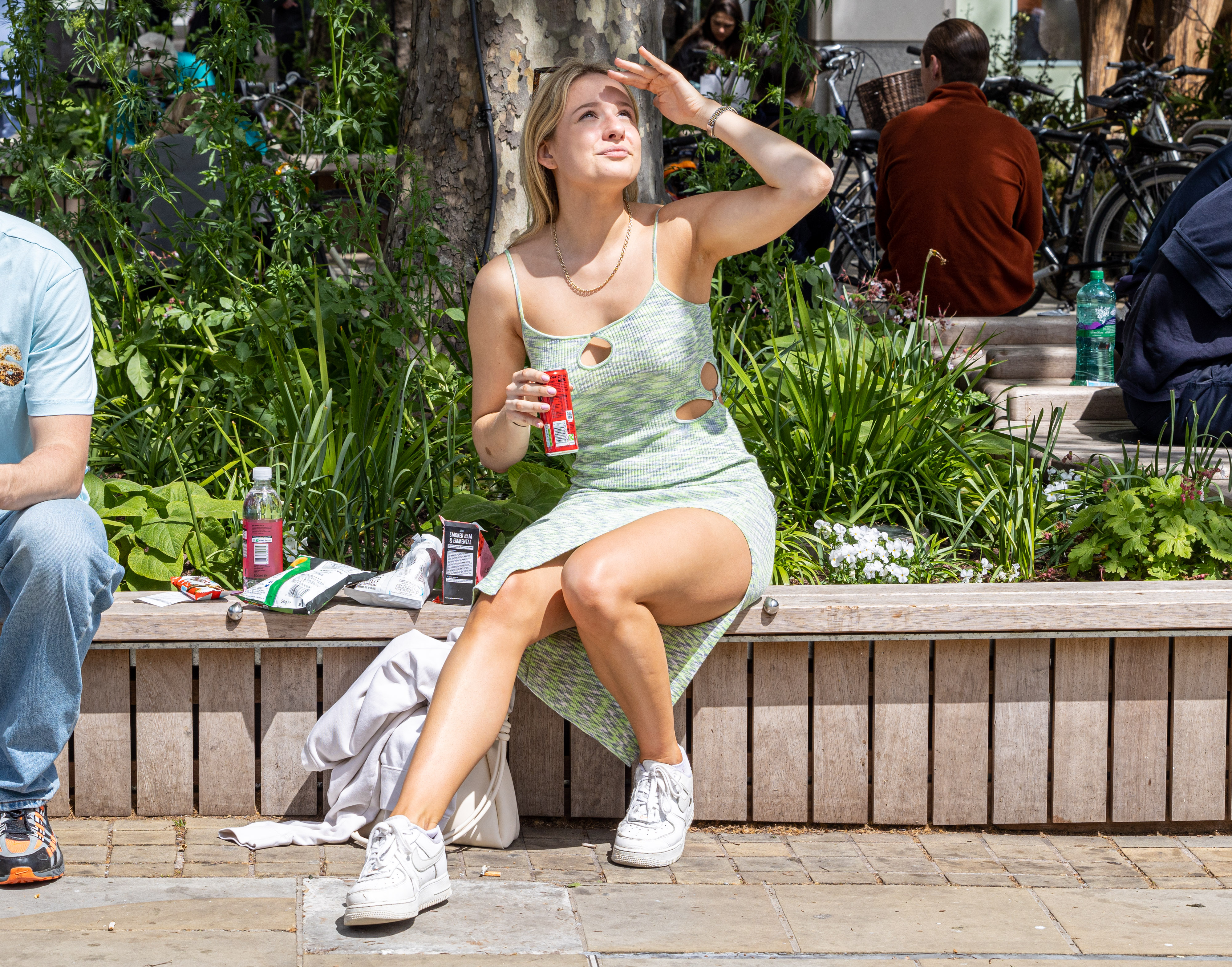 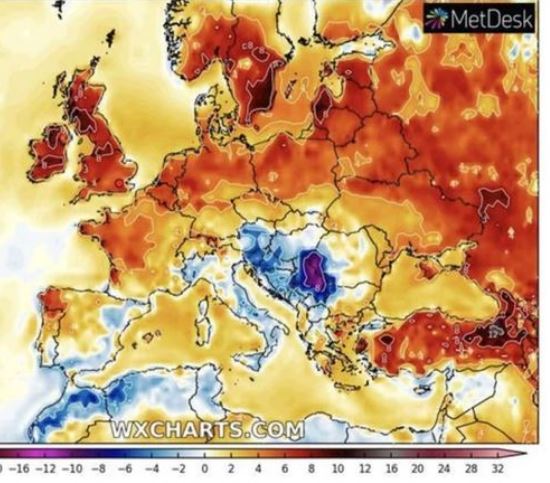 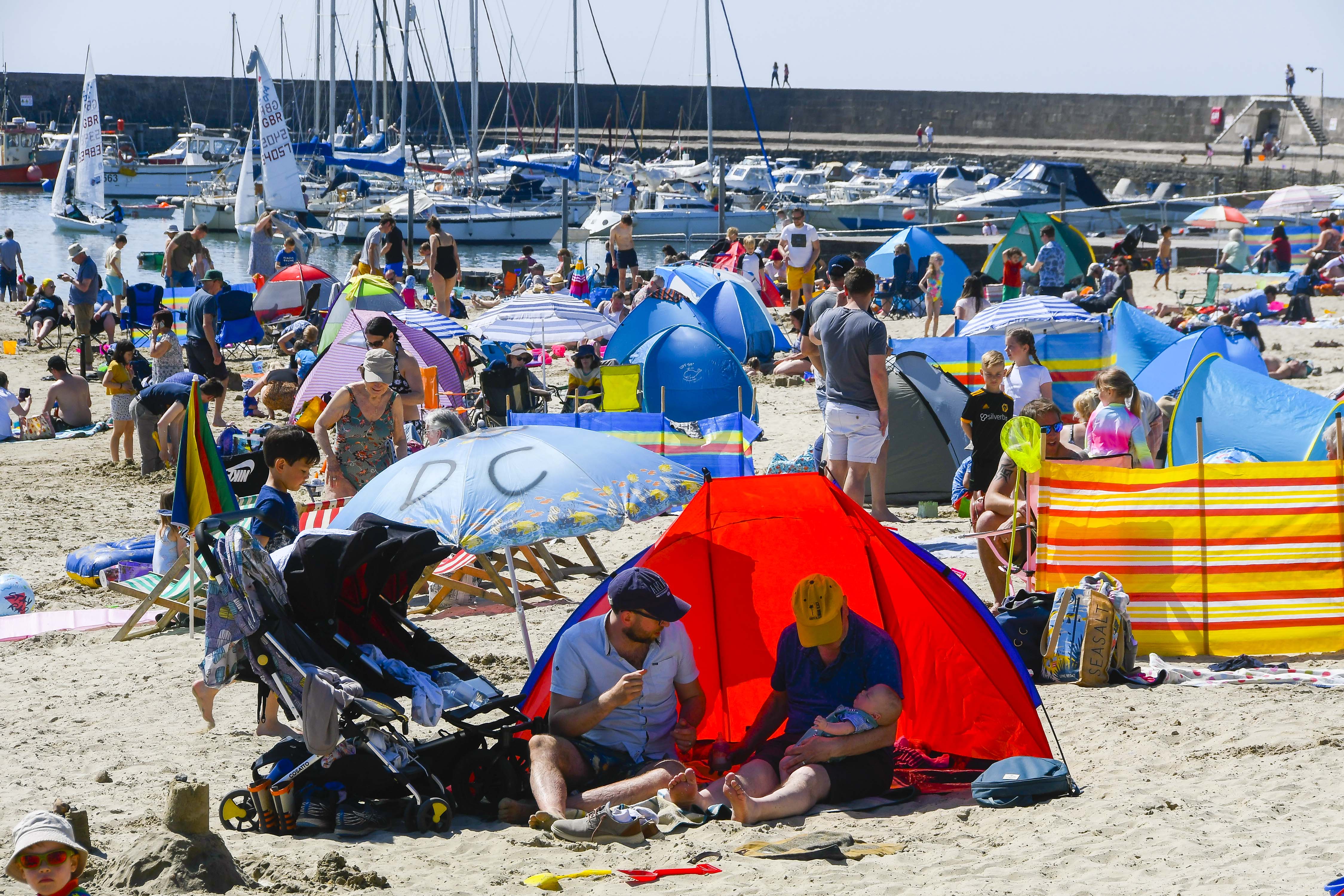 In recent weeks the UK has been plagued by heavy downpours and thunderstorms but it looks as if summery weather will finally hit later this month.

The Met Office says that from July 19 there is an "increased chance of some very warm or hot spells occurring,"

Forecasters say "fine and dry weather for much of the UK is most likely for the rest of July" from that point on.

Temperatures are expected to be well above normal for the time of year.

But it’s not all endless sunshine for some, with north-western areas expected to see the occasional spell of rain.

Southern areas have been given a low chance of seeing some thunderstorms. 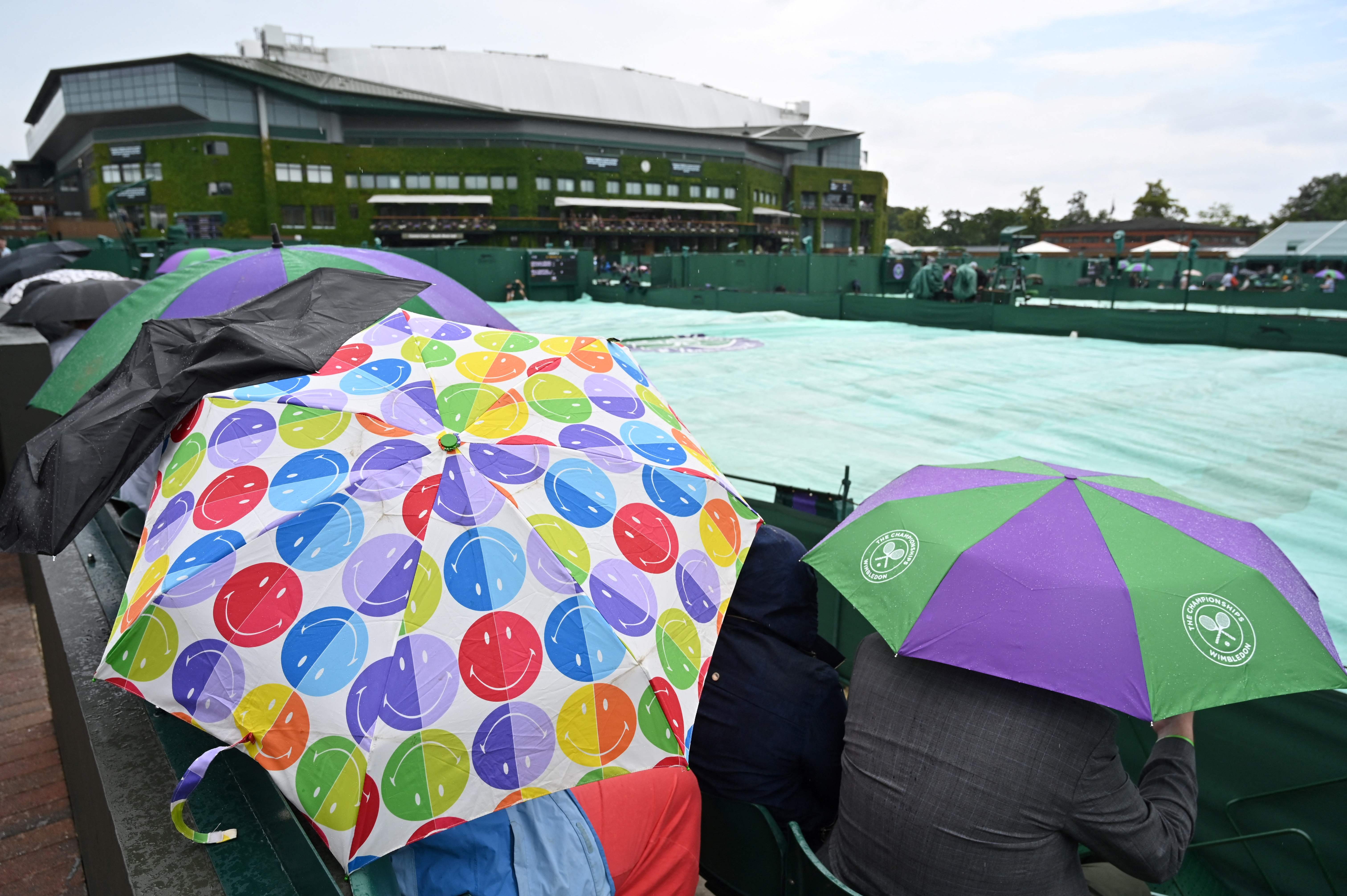 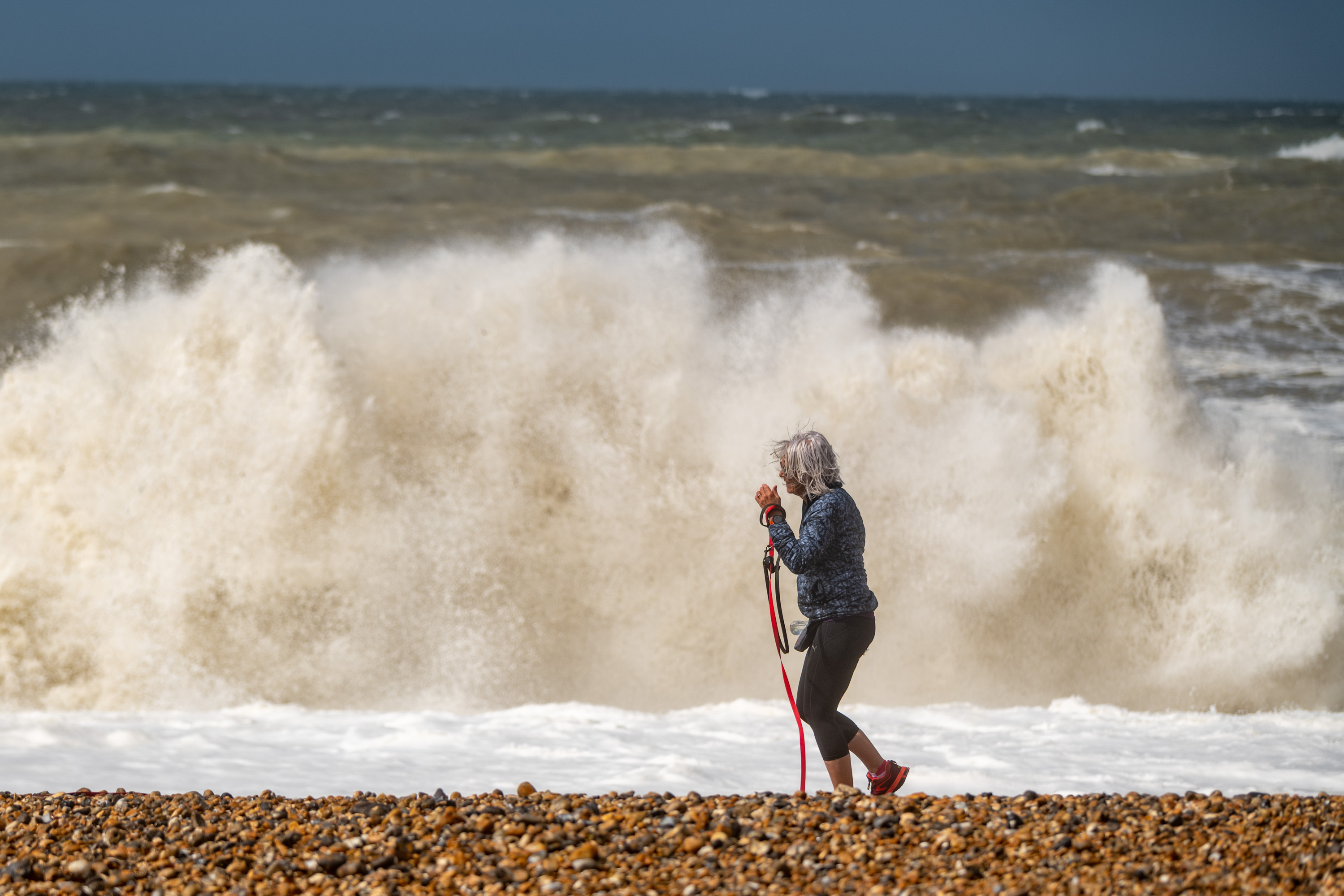 But, the England football team should face Denmark under dry skies for their Euro 2020 semi-final showdown at Wembley tomorrow, forecasters predict.

The combination of showers and warm temperatures that the UK has experienced in recent days will continue over the week. 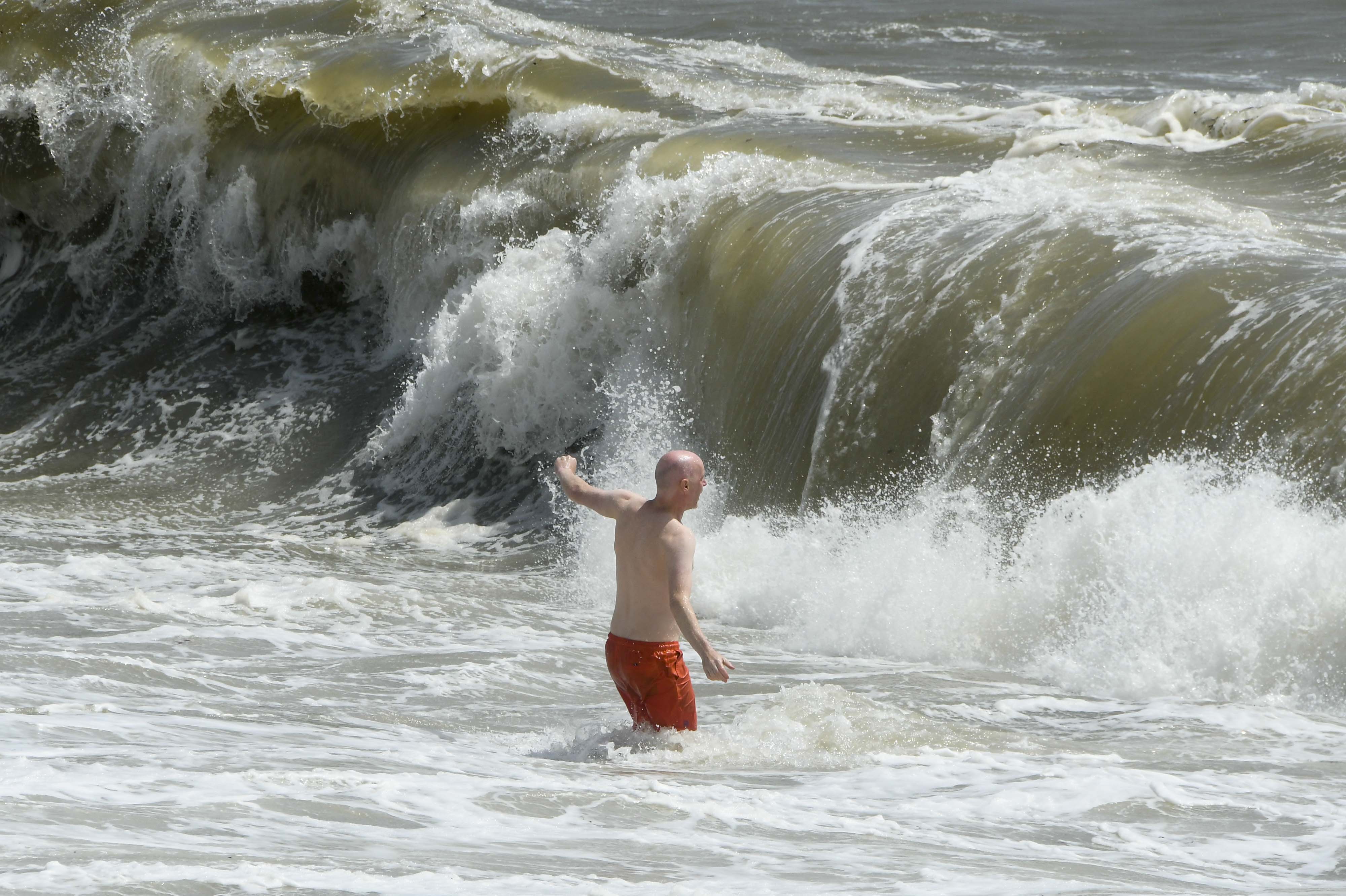 Greg Dewhurst, a meteorologist, said that tomorrow was still too far away to pinpoint exact details but that morning showers should ease off by kick-off.

"For the UK as a whole (Wednesday) is going to be a day of sunshine and showers through the day, some of the showers could be heavy at times but it looks like the showers tend to fade away in the evening," he said.

Thursday into Friday looks like there will still be some showers around, but that risk decreases, added Mr Dewhurst.

Temperatures are currently sitting at around 21C (69.8F) – about average for the time of year.

With more torrential rain set to sweep across the UK this week, bookmaker Coral already makes this month odds on, at 1-2, to be the wettest July since records began.

"The bright start to Monday morning will be a distant memory with some of the weather forecast for this week and we are now firmly expecting this month to enter the record books as the wettest July of all time," said Coral's Harry Aitkenhead.