BRITAIN could be hit by life-threatening floods today as heavy rain sweeps in to replace the record-breaking temperatures seen in the week.

Temperatures look set to plummet by more than 20C after Britain is believed to have baked in its hottest day ever on Thursday. 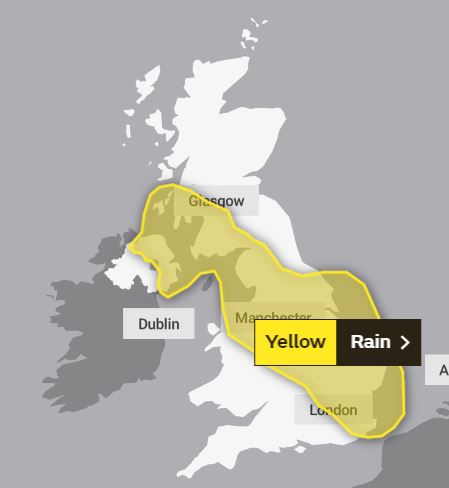 The Met Office has issued a “severe” yellow warning for rain today covering vast swathes of the UK, including London, Manchester, Birmingham and Belfast.

Forecasters said there is a chance fast flowing or deep floodwater could pose a “danger to life”.

A complex weather front will extend diagonally across the UK, all the way from Argyll in western Scotland to Kent in south east England.

Beneath it, heavy thundery showers have the capacity to cause dreadful driving conditions and flooding in homes. 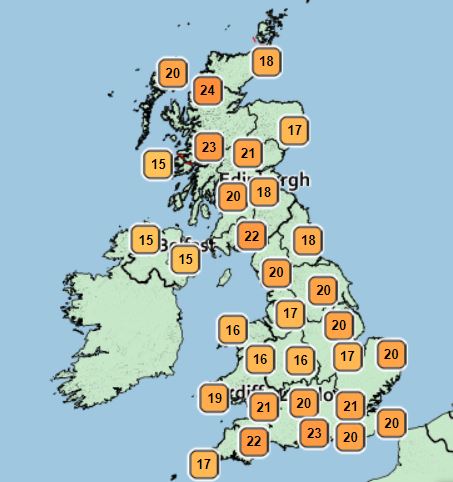 “There is a small chance that homes and businesses could be flooded, causing damage to some buildings,” a Met Office spokesman said.

“Where flooding occurs, there is a slight chance of delays or cancellations to train and bus services.

"Spray and flooding could lead to difficult driving conditions and some road closures.

“There is a slight chance of power cuts and loss of other services to some homes and businesses.”

The Environment Agency has issued a flood warning for the River Trent at Stoke on Trent, saying homes are at risk.

At least 18 flood alerts have also been sent issued for the Midlands and northern England.

Temperatures are expected to peak at 23C in Southampton and 22C in Exeter.

The mercury could dip to 17C in Cambridge, in a dramatic change to the scorching temperatures from last week.

A Sunday split will separate Scotland today – with torrential downpours in the south west and hours of sunshine in the north east.

Forecasters say 20 to 30mm (an inch) of rain could fall within two to three hours, with 40-60mm (up to two inches) possible in a few locations.

In south west Scotland, as much as 40mm (one and a half inches) could land in the space of just 60 minutes.

Meanwhile, in the north east, lucky locals can look forward to a repeat of yesterday’s sunshine when parts of Moray saw highs of 25C and 26C.

Helen Roberts of the Met Office said: “There is a great deal of uncertainty as to where the heaviest of the downpours will take place.

“We had to tweak the warning area this morning, which was good news for Edinburgh as the city is now expected to remain dry.

“In the warning area, as well as the heavy rain, there will also be hill fog and a lot of cloud. It’s not looking great.

“On the other hand, the north east of Scotland should enjoy another day like today, when we saw very healthy temperatures in the sunshine.

“The thundery showers continue on Monday before clearing to the south of the UK by Tuesday.

“Scotland can then look forward to sunny, dry conditions as we reach the end of July.” 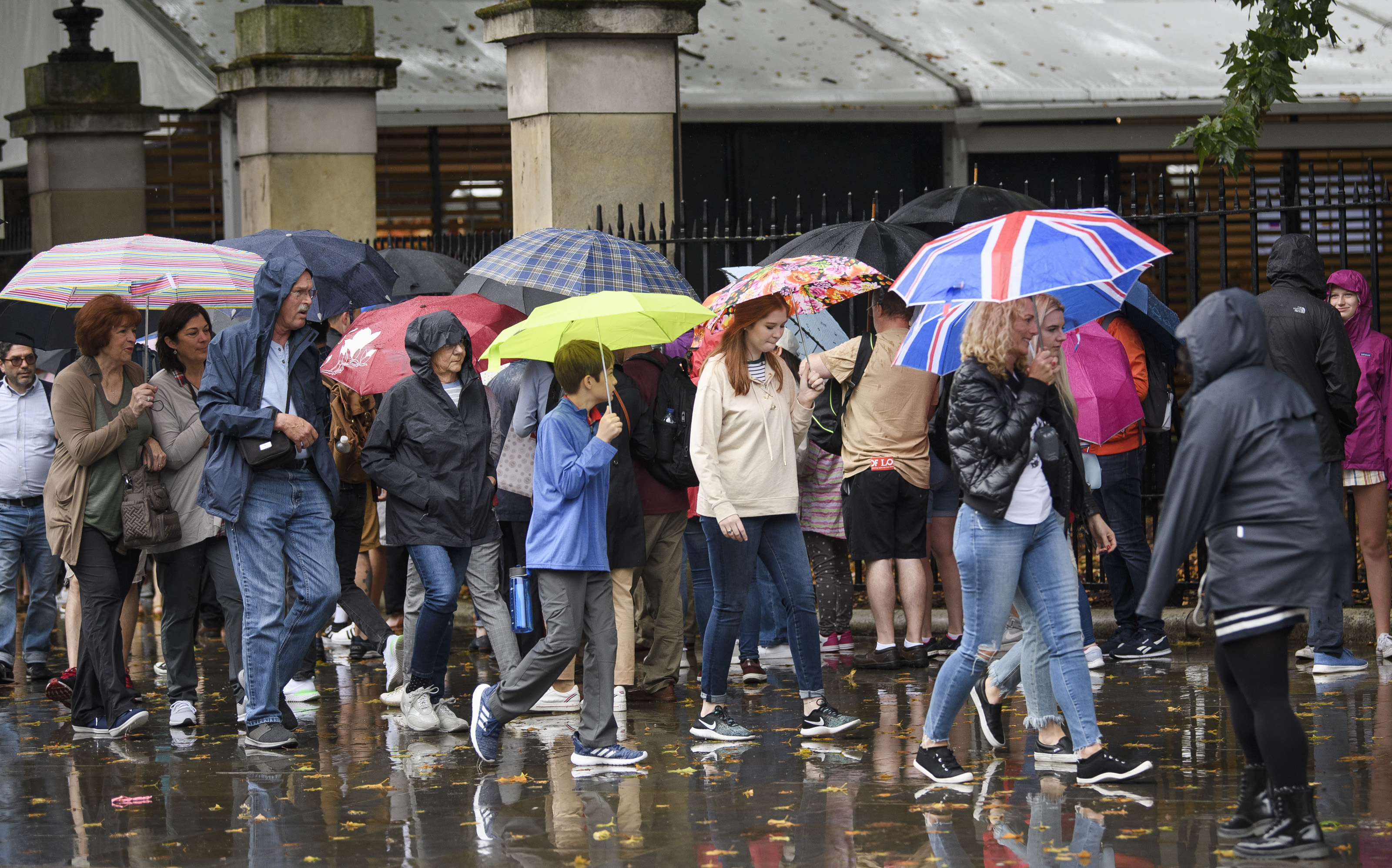