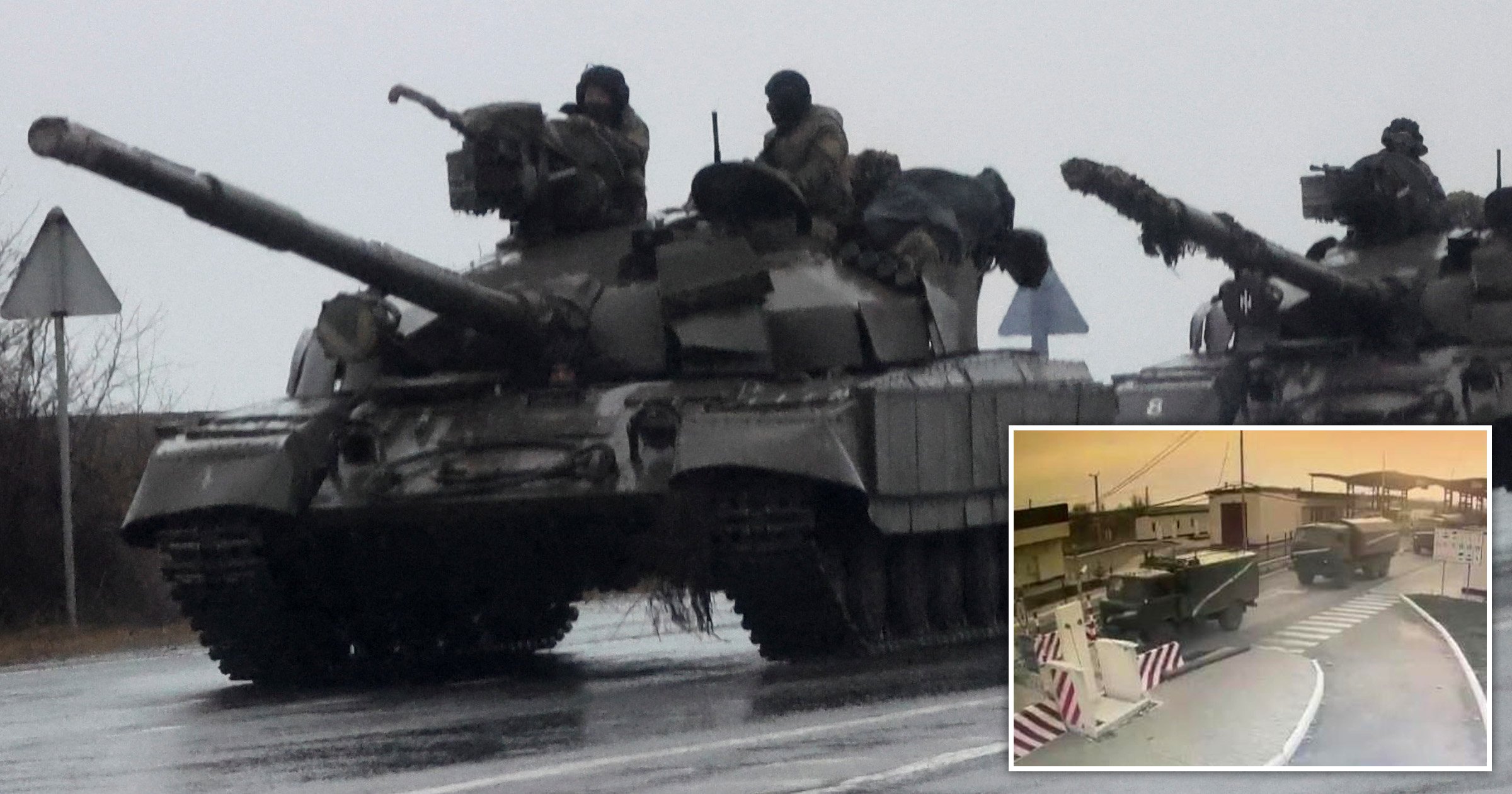 Ukrainian authorities have confirmed Russian boots are on the ground inside the country.

State Border Guard Service of Ukraine said troops are across the border after a campaign of shelling.

They warned military equipment is on the move, saying troops had progressed in the Chernihiv, Sumy, Luhansk, Kharkiv regions in particular

Shooting battles have broken out at multiple points and a number of injuries have been reported, with multiple deaths expected to be confirmed.

Russia launched a brutal round of air strikes on key targets this morning, paving the way for a ground campaign.

The state border force earlier said Belarusian forces had joined in with the assault, with convoys entering Ukraine from the north.

Belarus – a Russian puppet state which has been housing Kremlin forces for several weeks – lies around 50 miles north of Kyiv.

At least eight people have been killed and nine were wounded by the Russian shelling, an advisor to the Ukrainian Minister of Internal Affairs said on Thursday, but the real figure is feared to be much higher.