When Prime Minister Anthony Albanese announced his ministry this week, one appointment jumped out to many observers: Matt Thistlethwaite, assistant minister for the republic.

For the first time, a government frontbencher has been given official responsibility for shepherding the country towards embracing a native head of state. By a quirk of fate, it was just as Buckingham Palace prepared to host lavish celebrations for Queen Elizabeth’s Platinum Jubilee. 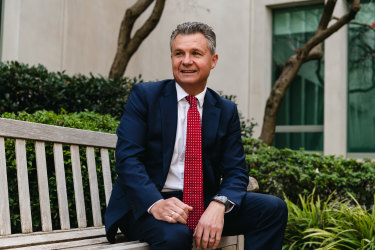 Albanese will light a beacon for the Queen in Canberra on Thursday night as part of Jubilee celebrations occurring throughout the Commonwealth.

Peter FitzSimons, chair of the Australian Republic Movement, said republicans felt “joyous” about Thistlethwaite’s appointment after having little to celebrate since the crushing defeat of the 1999 referendum.

“It is the greatest breakthrough for the republic movement in nigh on a quarter of a century,” said FitzSimons, a Herald columnist. “We’re now on a countdown to another referendum.”

Monarchists, however, were incensed that a minister of the Crown being paid by taxpayers to advocate for the removal of the Crown.

“If it’s a level playing field we don’t have a problem with the government moving towards another referendum. The problem we have is that an unfair advantage is being given to the republican side. It’s not up to the government to push a particular outcome on people.”

Thistlethwaite said constitutional recognition for Indigenous Australians, and the creation of a Voice to parliament, would be Labor’s priorities during this parliamentary term.

“I’m not going to distract from that at all,” he said. “If we’re successful with the Voice, we will move onto the republic in a second term.”

Thistlethwaite, who has represented the south-east Sydney electorate of Kingsford Smith since 2013, said the creation of an Australian republic was one of the issues that drove him to enter politics.

In his first speech to parliament he said: “I hope that during my time in this place we see our nation fully recognise our maturity and become a republic.”

He held responsibility for the republic as a shadow assistant minister since 2015, a position that went largely unnoticed.

Queen Elizabeth, 96, has been in poor health recently, forcing her to miss the reading the Queen’s Speech at the ceremonial opening of the British parliament in May. Prince Charles filled in for her for the first time. 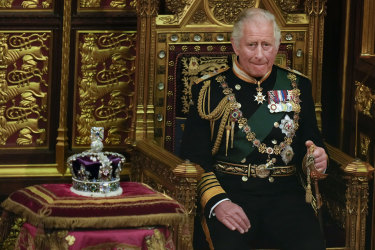 Prince Charles delivered the Queen’s Speech at the state opening of parliament in May. Credit:AP

Thistlethwaite said Charles’s ascension to the throne, whenever it occurs, would kickstart a new debate about Australia’s ties to the monarchy.

“As the Queen reaches the end of her reign and looks to hand on to Charles, this is an opportunity to have a serious discussion in Australia again about our future,” Thistlethwaite said.

“Australians will wake up one day, Charles will be the king and they won’t have had an opportunity to have a say in that.

“I think that in itself will trigger a lot of Australians to think: is this appropriate for a modern independent nation like Australia?”

In January the Australian Republic Movement released a model that would see voters elect a head of state from a pool of 11 nominees selected by state and federal politicians.

Former prime minister Paul Keating lashed out at the proposal, saying it would create a “massive shift in the current model of power” and “change forever the model of representative governance that Australia currently enjoys”.

Thistlethwaite said he understood from painful experience how the previous push for a republic was scuttled by division over whether an Australian head of state should be elected by parliament or the public.

He added he had a “completely open mind” about what model would be put to voters at a future republican referendum.

“We’re not going to do this quickly,” he said. “We’re going to take it slowly and methodically and work through the issues to make sure that the next time we get to this it’s successful.”