Crown Resorts’ $2bn luxury casino and apartment tower rising at Barangaroo has been synonymous with James Packer, one of Australia’s richest men, reflecting his greatest achievement as well as a heavy personal burden.

Packer shed some of that load on 31 May, when he sold 19.99% of his stake in Crown to Lawrence Ho, his former business partner in a joint venture in Macau, realising nearly $1.8bn.

The abrupt sale has led to dozens of articles about whether Packer sold too cheaply and whether he should have waited to see if the US casino operator Wynn, which pulled out after details of its planned buyout of Crown leaked, made a better offer.

There has been speculation about how and when Ho patched up his once close relationship with Packer, forged during the 10 years the two jointly developed casinos in Macau and the Philippines as Melco-Crown.

There have also been oblique discussions as to whether Packer is further retreating from corporate and public life, amid mental health problems that he has acknowledged have periodically threatened to overwhelm him.

Damon Kitney records in excruciating detail in his book The Price of Fortune the heavy toll that running Crown has taken on Packer and its contribution to his serious bouts of depression.

Since 2015, when construction began and Crown’s debt topped $1.4bn, Packer had felt a rising sense of panic over his big vision, Kitney says.

On the board of Crown, there have been concerns about whether the opulent tower is excessively over the top. Would the luxury apartments, the most expensive in Australia, sell? Only 25% have been sold so far.

Would an exclusive high-roller casino work? And would the Chinese keep coming in the face of president Xi Jinping’s crackdown on corruption and offshore currency movements? 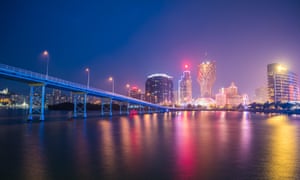 During 2015, Packer’s business setbacks mounted. There were losses from his foray into Ratpac, his film venture in Hollywood with Brett Ratner. He retreated from plans for casinos in Las Vegas, and then took the hard decision to sell out of his investments in Macau with Ho and Melco to reduce Crown’s debt. Kitney says he still deeply regrets the decision.

Then came Packer’s financial split with his sister, Gretel, that plunged his private company into debt. A crisis in his personal life followed, after his engagement to pop diva Mariah Carey came to an abrupt and very public end.

The final straw came in October 2016 – the detention of 19 of Crown’s staff in China, including the head of international VIP business, Jason O’Connor, for breaching the country’s strict laws against soliciting clients to gamble.

“The horrors of 2016 had left Packer, for the third time in his life suffering a nervous breakdown,” Kitney writes.

“Those who knew him well and saw the private pain of his two previous mental crises say this latest iteration was by far his worst. It led him in March 2018 to acknowledge to the world for the first time that he was battling mental health issues as he resigned from the Crown board for the second time in the space of two and a half years.”

Kitney, who received Packer’s extensive co-operation, recounts the billionaire’s high life after he won the Sydney casino licence in 2013. Packer found himself feted by Hollywood stars and casinos around the world.

When he and Ho opened their Hollywood-themed Melco Crown resort, Studio City, Leonardo DiCaprio, Robert De Niro and Martin Scorsese lent their star power to the launch and were part of what has been described as the most expensive corporate video ever.

But by 2016, Packer was battling mental health issues and could barely leave the guest house on American filmmaker Warren Beatty’s estate.

“Macau was so heartbreaking because I lost my reputation and serious people treat me differently both because of the charges that were levied against our staff in China and because we sold out of Macau,” he told Kitney.

“With Ratpac and Hollywood, Mariah, Israel, China, all of those things, I was like Icarus. I flew too close to the sun.” 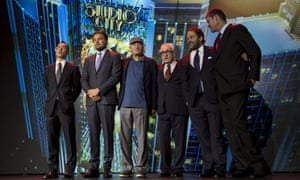 Kitney goes on to detail how Beatty, media mogul Kerry Stokes and other close friends intervened to help rescue the billionaire from his deep despair.

In March 2018, Packer was photographed entering a clinic in Boston and he made it known to the world that he was battling mental health issues.

Now that he has brought his holding down to less than a clear controlling interest in the empire that he and his father Kerry built, the question is: what next?

Those close to Packer insist he wants to stay at Crown, and say business and professional stress contributed to the problems he is trying to overcome.

In a statement to the Australian Stock Exchange on the day the deal with Ho was announced, Packer said: “Crown has been a massive part of my life for the last 20 years and that absolutely remains the case today – my continuing Crown shareholding represents my single largest investment.”

The sale allowed him to “continue my long-term involvement with Crown and at the same time to better diversify my investment portfolio,” he said.

He later told the Australian Financial Review he planned to seek advice from fund manager Hamish Douglass, who is the chairman of Magellan, and the former star Macquarie banker Ben Brazil, on how to invest the $1.8bn in cash he has reaped from the deal with Ho.

“I am obviously looking to diversify my investments,” he said from Los Angeles. “Fortunately, I know people like Hamish Douglass and Ben Brazil, and I will be taking their advice closely.” 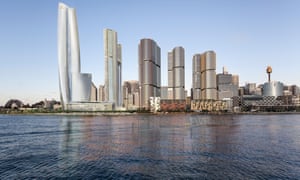 Meanwhile, Ho appears ready to take a bigger stake in Crown if it becomes available. He has said he will seek a board seat and, subject to regulatory approvals, will welcome the opportunity for Melco to increase its ownership in Crown. At 19.99%, he would need to make a bid for the company to go further, although the creep provisions allow him to buy an extra 3% every six months without making a bid – assuming he meets the probity requirements to take control.

Ho is already sounding like the boss, outlining plans to leverage Melco’s databases of wealthy gamblers to bring more high rollers to Australia. He has signalled possible joint expansion into Japan, the new frontier for casinos.

“Crown’s resorts in Perth and Melbourne are world-class entertainment destinations and I believe that Crown Sydney, much like Melco’s Morpheus property, will create an architectural icon for the city, the country and the world,” he says.

The immediate task will be to turn around Crown’s revenues, which have slumped thanks to a 12% fall in VIP takings in the second half of 2018.

While Melco seems to be committed to rebuilding those, Ho has also adopted a new strategy in Macau of attracting wealthy tourists from China, who might spend thousands, rather than millions.

That could mean a shift in direction for Barangaroo, which is licensed as a VIP-only gaming centre.

During the New South Wales state election in March, both major parties ruled out changing the licence condition that prohibits poker machines at Barangaroo but with new voices at the board table, only time will tell whether Crown will be able to put pressure on the state government to relax the condition.

And with Packer’s influence waning, a change of direction would not involve a loss of face for him.