A SUPERGUN developed by the US army has broken the record for the longest guided cannon shot in history by hitting a target 43 miles away.

Generals said the Extended Range Cannon Artillery system had hit the target "on the nose" from 70km at the Yuma firing range in Arizona. 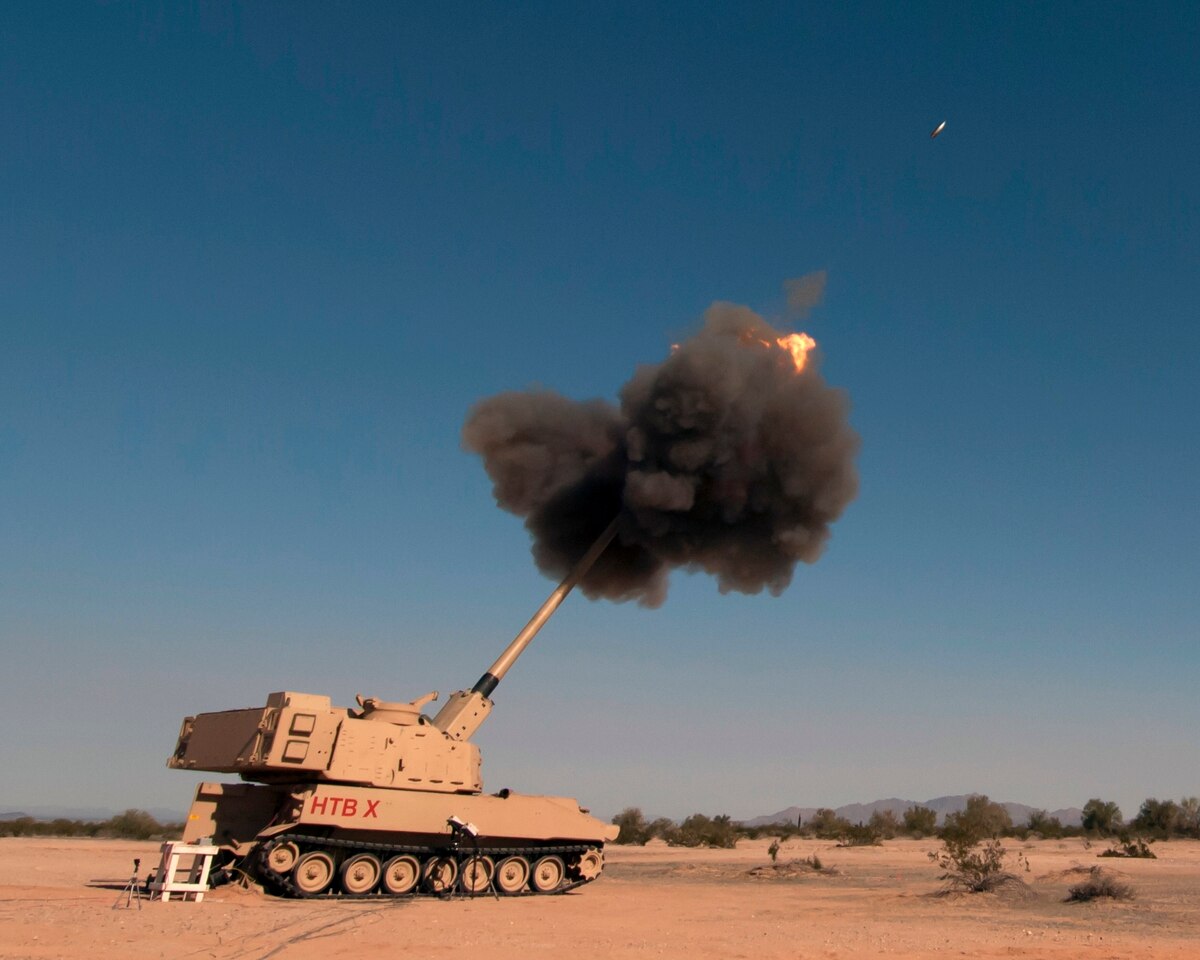 It beat the previous best of 65km (40 miles) by the same ERCA supergun in March.

“I don’t think our adversaries have the ability to hit a target on the nose at 43 miles,” said Brigadier-General John Rafferty, who runs the project.

The aim is to give soldiers the power to hit the enemy from beyond the range of any retaliatory strikes.

The Pentagon is also desperate to keep pace with the latest technological advances by Russia and China's militaries.

Army engineers are testing a new S version of the existing Excalibur 155mm guided shell, which uses movable fins, GPS and a laser seeker to zero in on moving targets to within ten metres.

The ERCA cannon is based on the M109 self-propelled 39-caliber howitzer, but with a bigger 58-caliber, 30ft-long barrel.

Supercharged propellant shoots the shell from the muzzle at a speed of around 3,300ft per second, dramatically increasing the range.

The 70km mark that was the primary aim of the project was hit on Saturday.

Two other tests on the same day had already failed.

The first shot fell 100m short of the target because of a strong headwind.

The second suffered a malfunction. But the third hit the target “on the nose”, the general said.

Colonel Tony Gibbs added: “This demonstration is not a destination.

“This is really just a waypoint in our ongoing campaign of learning as we work to really realign US supremacy in cannon artillery. It’s definitely a big knowledge point for us today.”

The US army is planning to have the new artillery piece ready for deployment on the battlefield by 2023.

In the Second World War the biggest artillery piece fielded by the Allies was the M1 240mm howitzer, which could fire a 160kg shell just over 14 miles (22.5km).

Germany's Schwerer Gustav, the biggest gun ever used in combat, could fire a seven ton shell up to 29 miles, although it was so big it could only by moved on railway tracks.

Long-range artillery fell out of favour with military strategists after the 1960s as the focus switched to rocket-powered missiles and precision bombs dropped from the air.

But attention is turning once again to cannons in the race among superpowers to dominate the battlefield.

It is apparently designed to hit targets over 1,000 miles away, using ramjet technology to boost the shells in mid-air.

The longest-range gun ever produced was the German Paris Gun in the First World War.

The biggest supergun ever designed was Big Babylon, invented in the late 1980s for Iraqi dictator Saddam Hussein.

It would have had a 156m (512ft) barrel up to a metre in diameter and would have been capable of firing projectiles into space.

But the project was never completed, in part because its Canadian inventor Gerald Bull was assassinated in 1990.